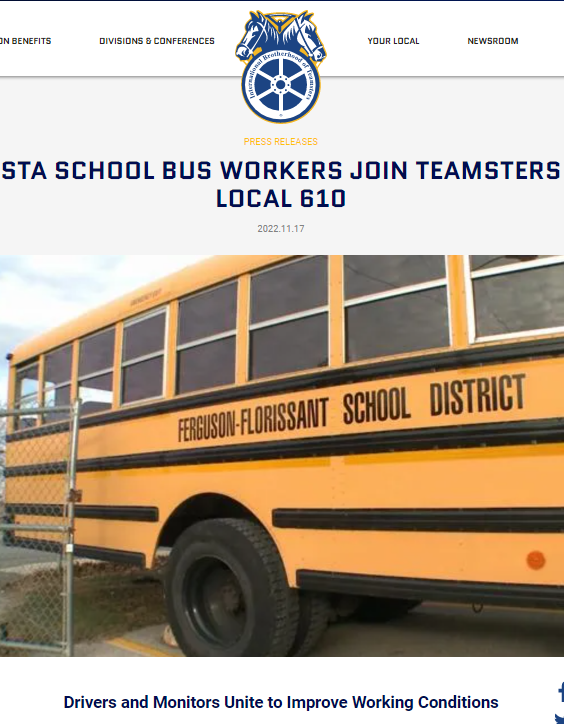 (FLORISSANT, MISSOURI) – Drivers and Monitors employed at Student Transportation of America (STA) have voted by a 2-to-1 margin to join Teamsters Local 610.

“We have more than doubled the average hourly wage for School Bus Workers since we started organizing this industry, which is why so many of them are joining our movement.  Congratulations to these Drivers and Monitors on becoming a part of our Teamster Family,” Local 610 President Jeff Hall said.

Paula McCulley, a 35-year School Bus Driver who had previously been a Member of the Local Union at a different company said her experience informed her decision to take an active role and sign up her Co-Workers to join the Teamsters at STA Florissant: “At my old school bus yard, seniority was respected and I was able to make as much money as I wanted because of that.  We never had problems with our paychecks, we had more paid leave for bereavement and everything operated smoothly.  These issues – along with wages – are what I’m looking forward to addressing when we go to bargain for our first contract.”

Teamsters Local 610 represents thousands of workers in student transportation and other Trades throughout Greater St. Louis.