Police Accountability Board Staff Calls On City Of Rochester Officials To âPublicly Recognize Their Unionâ - Workers Say Once They Announced Intention To Unionize, Management Responded With âIntimidation & Retaliationâ 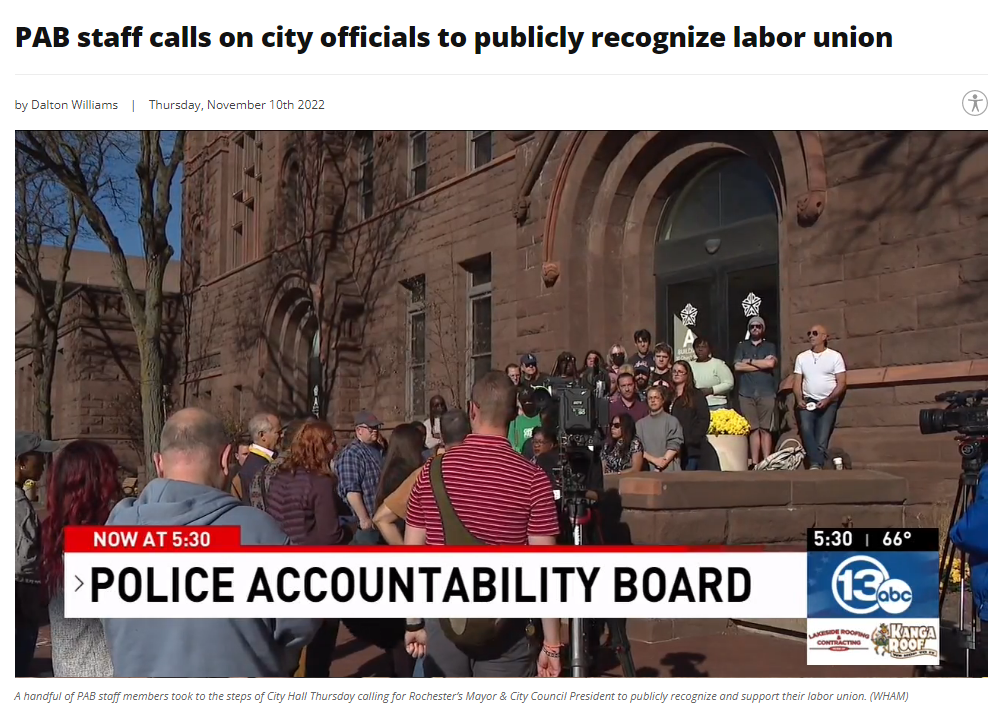 Dalton Williams at 13WHAM-TV reports on Police Accountability Board (PAB) Staff Members calling for the Mayor of Rochester and the City Council President to publicly recognize and support their Labor Union.  They say after announcing their intentions to Unionize three weeks ago, working conditions worsened, resulting in intimidation and retaliation from PAB Board Members and Management.

To Directly Access This Labor News Story, Go To: https://13wham.com/news/local/pab-staff-calling-on-city-officials-to-publicly-recognize-their-labor-union