âNO CONTRACT, NO PEACE!â - DCINY Musicians âTurn Up The Heatâ On Their Campaign For A Fair Contract During A Rally Held Across From Lincoln Center 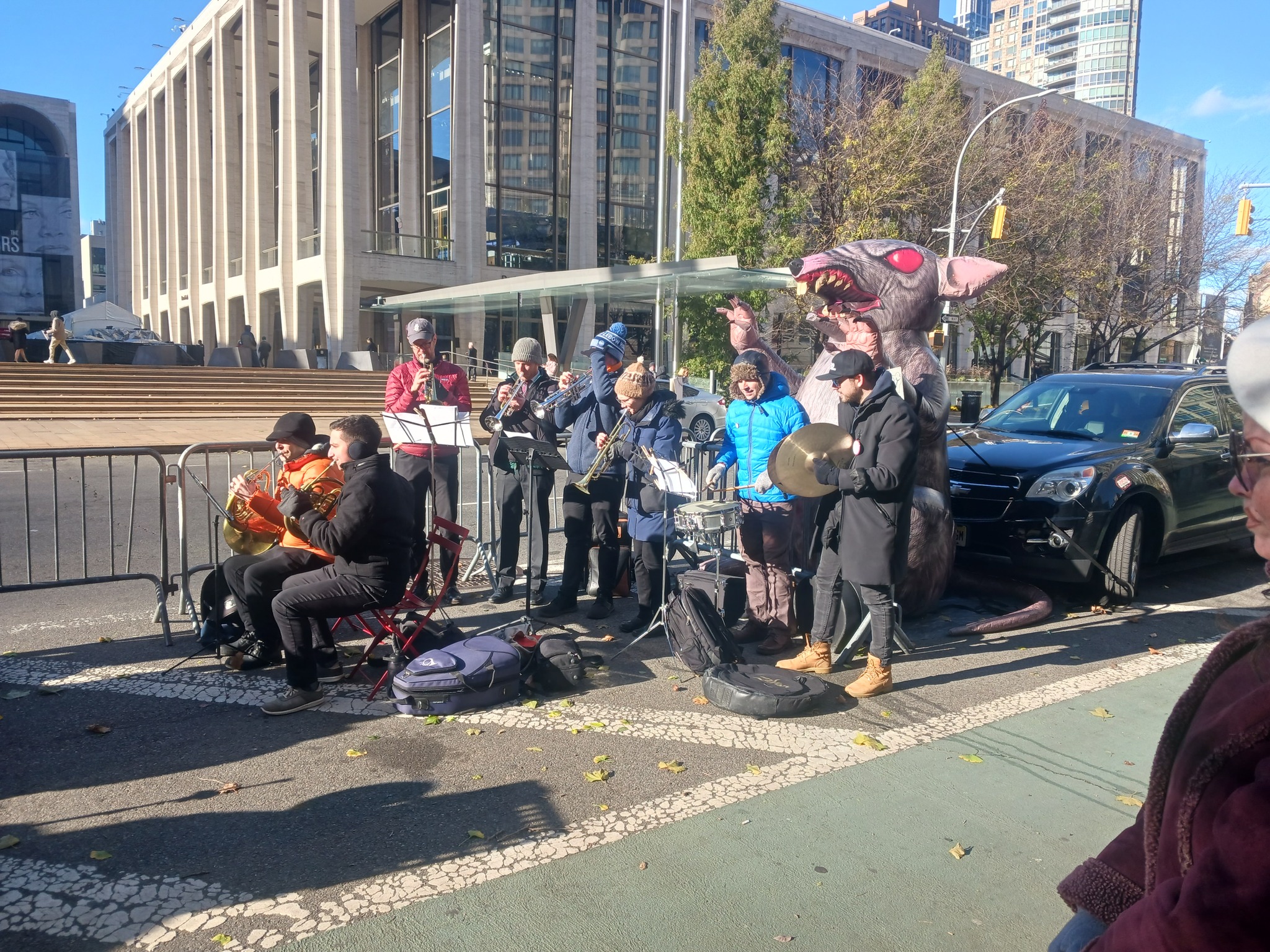 (NEW YORK CITY) - “NO CONTRACT, NO PEACE!” - That was the battle cry of the Orchestra of Distinguished Concerts International New York (DCINY) as they rallied for a fair contract across from Lincoln Center on Sunday (November 20th).

The Union-represented Orchestra Members were joined by Manhattan Borough President Mark Levine - along with Musicians from the New York Philharmonic, Metropolitan Opera Orchestra, and New York City Ballet, and other Union supporters. 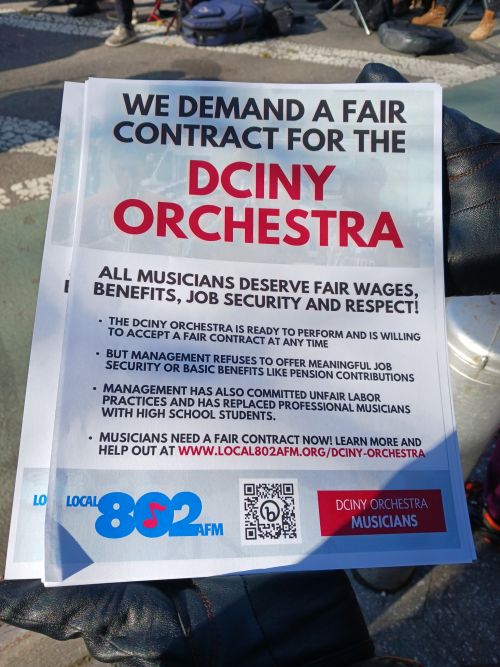 The Orchestra of DCINY, many of whom are Members of the New York City Musicians’ Union (American Federation of Musicians Local 802), is demanding a fair contract from DCINY, a for-profit company that produces concerts at Carnegie Hall and Lincoln Center.

“We would like to thank all our supporters for a meaningful rally,” said the DCINY Orchestra Committee in a statement that was posted publicly on their social media. “Thank you, Local 802 Musicians - specifically the Musicians of the New York Philharmonic, the Metropolitan Opera Orchestra and the New York City Ballet Orchestra.  Your solidarity gives us comfort and also builds a stronger, more powerful Union that will benefit all Members.”

The DCINY Orchestra successfully formed a Union with American Federation of Musicians (AFM) Local 802 three years ago, but their employer still refuses to sign a first contract that offers meaningful job security and hiring provisions, Union wages in line with area standards, pension and health contributions, recording payments and more.

For more than a decade, DCINY has operated as a producer and presenter of music at Carnegie Hall and Lincoln Center.

For many of its choral concerts, DCINY assembles choirs of amateur singers from around the world who pay a fee to perform in New York’s most prominent venues.

DCINY then hires a professional Orchestra, Soloists and conductors.

The company resumed live performances in 2022 and immediately replaced the full professional Orchestra with just a handful of Musicians.

Management refused to schedule negotiations with the Union for many months.

This stalemate was finally broken after Local 802 filed an Unfair Labor Practice (ULP)) Charge against the company that was settled when DCINY agreed to negotiate regularly.

The company has also been charged with additional ULPs, which are currently in progress.

To Read This Labor News Report In Its Entirety, Go To: https://mailchi.mp/local802afm/dciny-rally-november-20-2022-press