âThe Red Cup Rebellion Is In Full Swingâ - More Than 100 Unionized Starbucks Locations Across The Country âAre On Strike,â Including Buffalo Where The National Unionization Movement Started 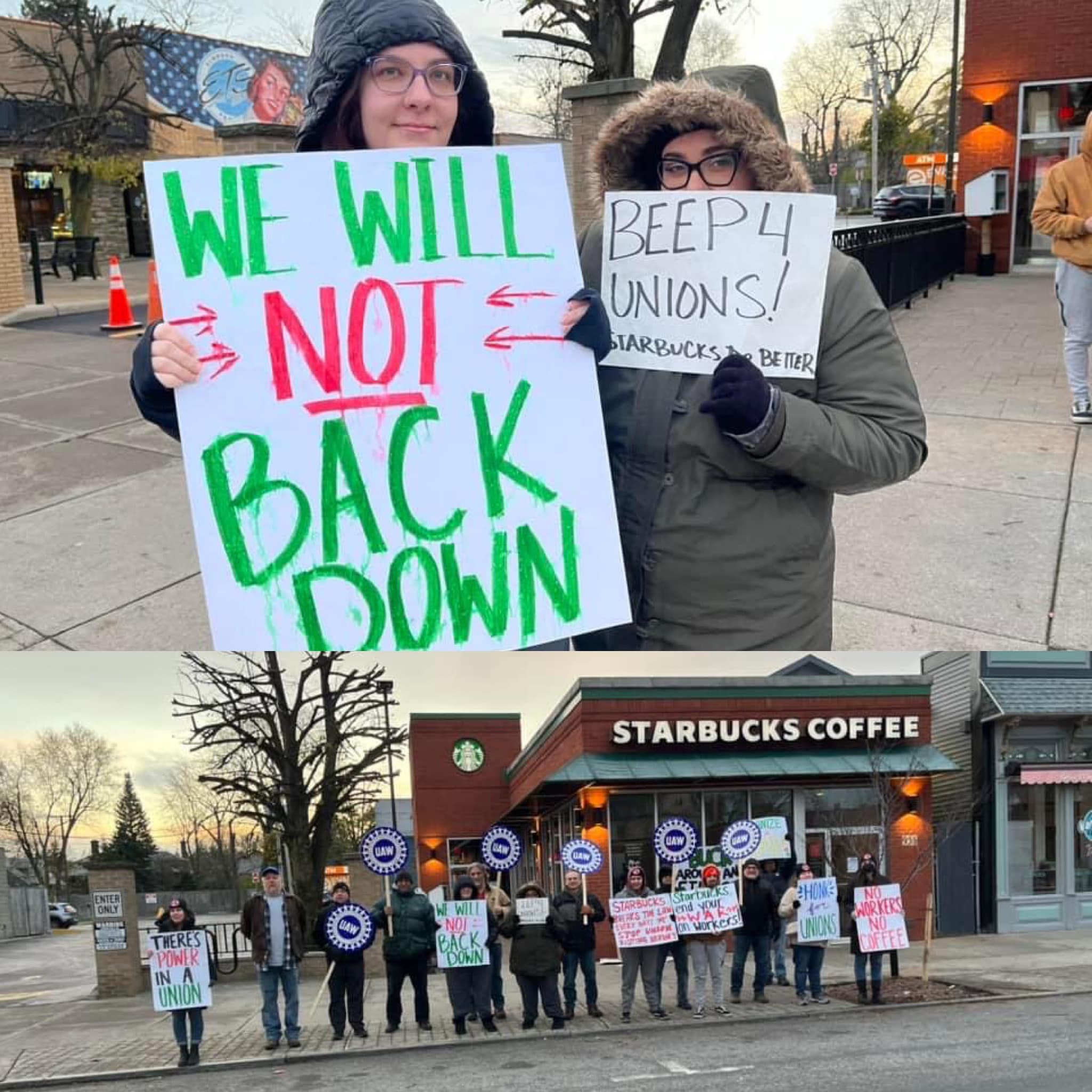 The Holiday Season is supposed to be one of cheer, goodwill towards others and kindness, but for Starbucks Workers it's just another day of withstanding the corporation's attempt to bully a Union effort out of existence.

That’s why today - Thursday, November 17th, thousands of Starbucks locations across the country offered their customers a branded Starbucks cup with select purchases. 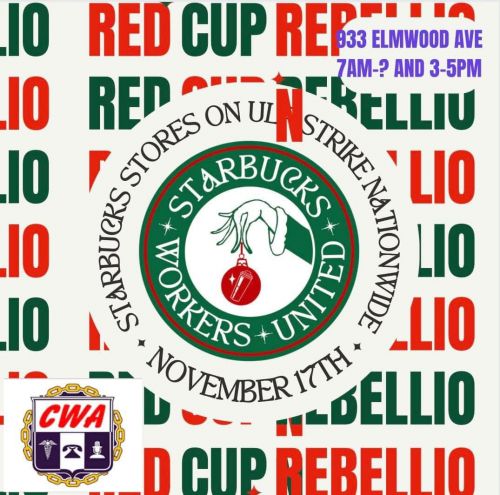 In response to Starbucks’ Union Busting tactics and refusal to bargain, dozens of Unionizing locations handed out red Starbucks Workers United Union cups to customers instead.

This is the biggest coordinated national action taken by Union Starbucks stores in the campaign’s history, Union Officials said.

Despite being the face of the company, Starbucks Partners are underpaid, forced to run perpetually understaffed stores and don't have consistent schedules they can rely on, the Workers’ Union said.

Conditions like these are what led Starbucks Partners nationwide to begin their Unionization efforts after seeing the private jets and million-dollar bonuses the company can afford to provide their executives with. 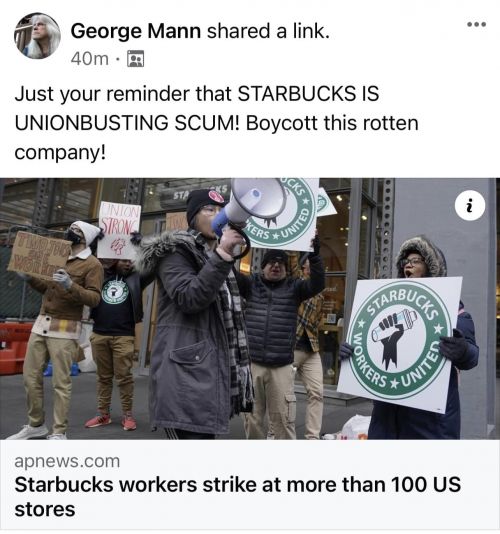 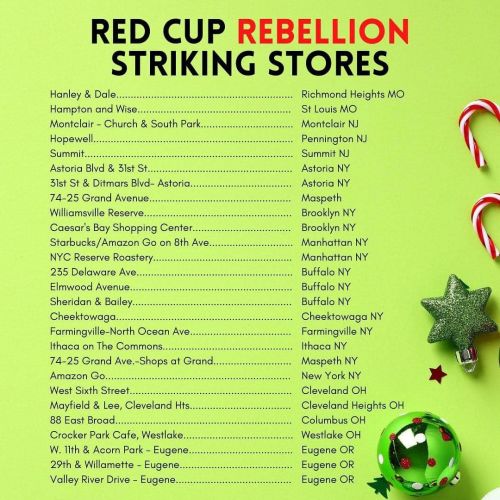 Now, Starbucks Partners are demanding the right to organize a Union free of intimidation and fear.

Michelle Eisen, a Starbucks Worker employed at the Elmwood Avenue location in Buffalo, New York where the first Starbucks store in the U.S. was Unionized, said: "Whether it's firing one of my Co-Workers for wearing a suicide awareness pin, how they've closed down a dozen locations in the process of Unionizing or how we're being denied benefits that Non-Union stores are getting, Starbucks has left behind the very values that drew many of us to the company in the first place.  You cannot be pro-LGTBQ, pro-BLM, pro-sustainability - and Anti-Union.  This Red Cup Day, we're organizing for a voice on the job and a true seat at the table." 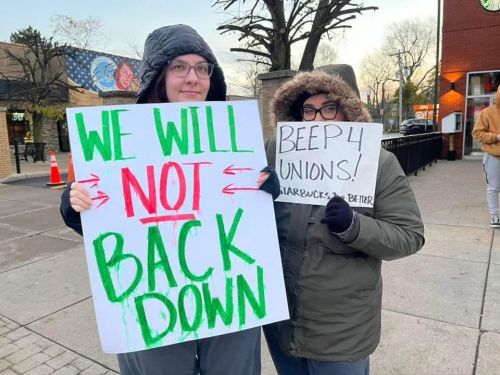 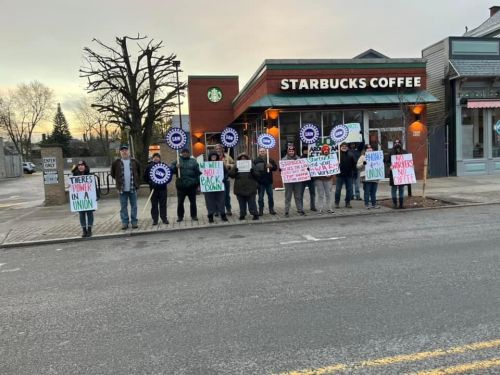 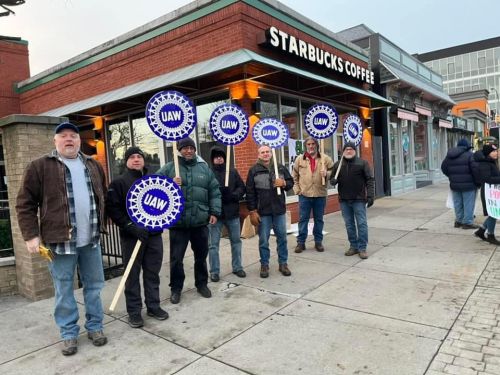 Starbucks Workers United represents Workers at more than 260 locations across the U.S. that account for nearly 7,000 Workers.

The National Labor Relations Board (NLRB) has issued 40 official complaints against Starbucks, encompassing over 900 alleged violations of Federal Labor Law.

If Starbucks can break the law to stamp out their Workers' Unionization efforts, they could be writing the playbook for countless other companies to follow, Union Officials said.

Unless Starbucks comes to the table and bargains in good faith for a fair contract, Starbucks Workers United says “we can count on this to happen again with the potential to impact even more Americans.”

WNYLaborToday.com Editor’s Note: Photos of the Starbucks’ Workers Strike in Buffalo are courtesy of Lori Godwin-Marranca.