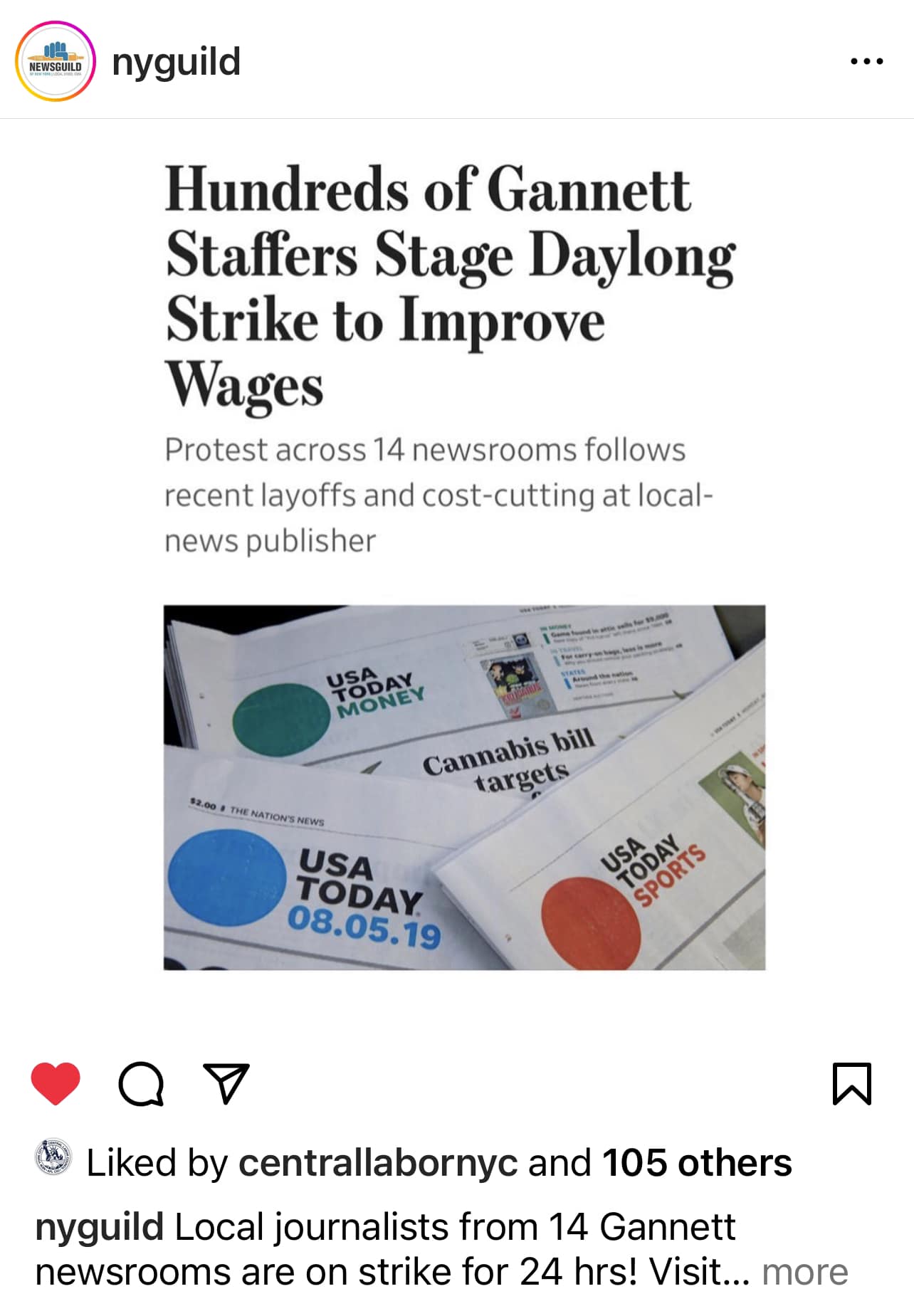 Alejandra O’Connell-Domenech at The Hill reports more than 200 Gannett Journalists walked off their jobs on Friday (November 4th) as part of a one-day Strike to demand better pay and benefits.  Those that took part were Workers employed at 14 Gannett Newsrooms in New York, New Jersey, Arizona and Southern California.  Some of the newspapers included Rochester’s Democrat and Chronicle, the Asbury Park (New Jersey) Press and The Arizona Republic.  The Strike was in response to Gannett laying off 400 Employees and cutting another 400 positions in August, according to the NewsGuild.

To Directly Access This Labor News Story, Go To: https://thehill.com/blogs/blog-briefing-room/news/3719976-hundreds-of-gannett-news-staffers-stage-one-day-strike-over-cost-cutting-measures/#:~:text=More%20than%20200%20Gannett%20journalists,Jersey%2C%20Arizona%20and%20southern%20California.