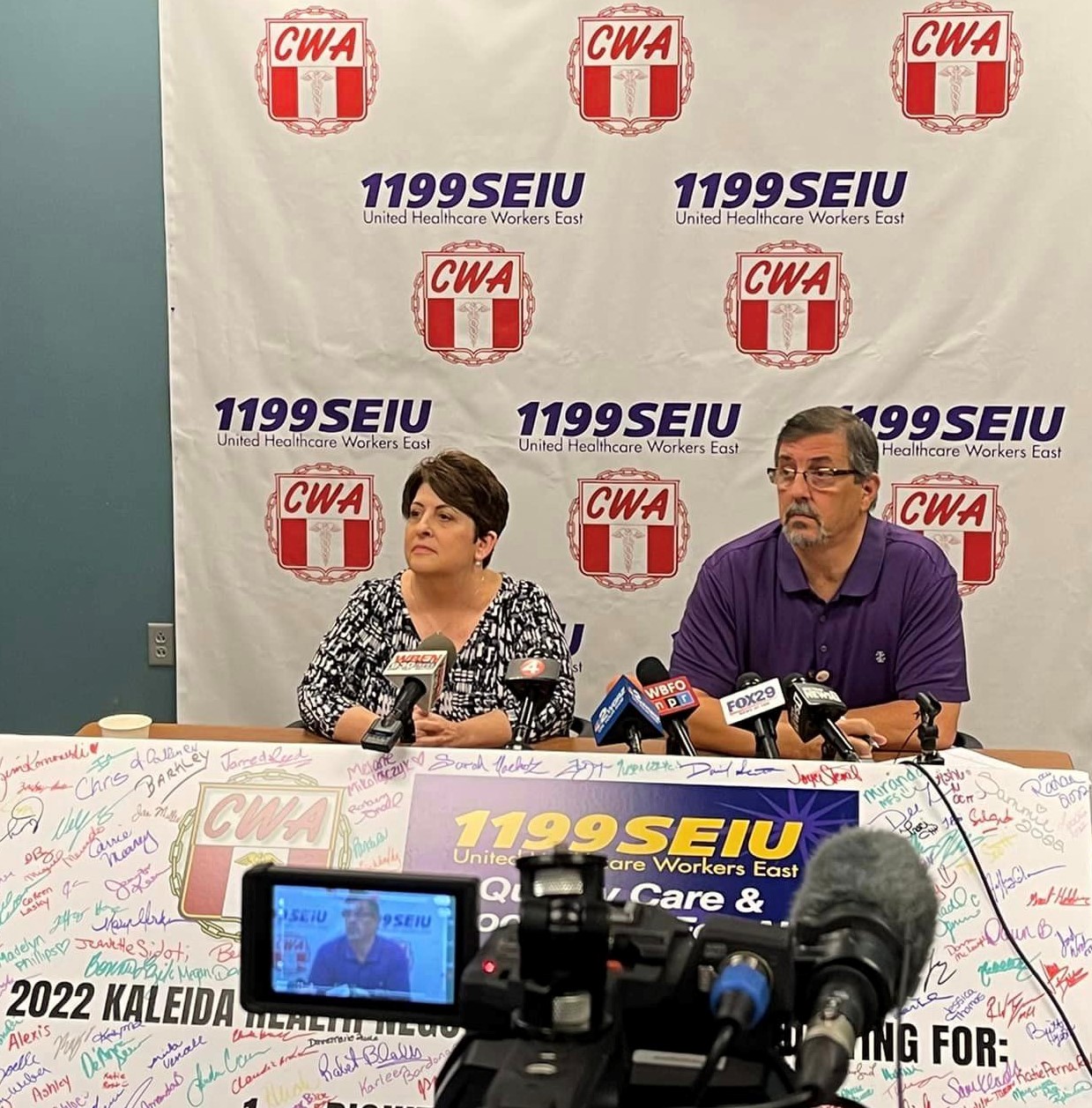 (BUFFALO, NEW YORK) – There was no doubt in the mind of Communications Workers of America (CWA) Local 1168 President Cori Gambini as she answered the question asked of her by the local media on Monday (October 3rd) as to why her Union and 1199 Service Employees International Union (SEIU) Healthcare Workers East were able to win a self-described “historic” three-year contract with Buffalo’s Kaleida Health System: “‘Our Members ‘won’ this contract.’”

Indeed, backed by a 96% Strike Vote Authorization by more 6,300 Union Caregivers who are employed at Kaleida’s several area facilities, Gambini - who’s been hard-nosed right from the beginning in working to achieve nothing but the best for Union-represented Kaleida Workers, said: “‘We knew we had to report back to our’ Members.”

“‘OMG, we achieved this.’  ‘It is a historic’ agreement,” she continued, “with ‘no’ concessions ‘and an aim to recruit and retain’ Health Care Workers.  ‘We reached all our goals.’  We (CWA and SEIU) ‘are recommending this agreement be ratified’ (by each Union’s Membership).  ‘I am very proud of this agreement.’” 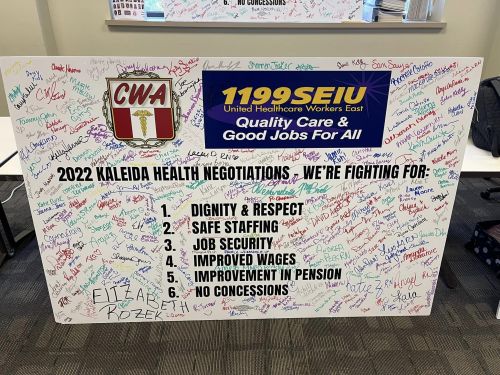 While Gambini and Jim Scordato, 1199 SEIU’s Vice President for WNY Hospitals, would not divulge specific details of the agreement until their Members had the opportunity to first review them, Scordato did say the contract included Kaleida agreeing to create 500 more positions that, he said, would work to alleviate the high number of Patients-to-Nurse ratios Caregivers have been forced to deal with under very trying circumstances, including the COVID-19 Pandemic.

“Our goal was ‘not to go on Strike,’” said Scordato, referring to CWA and 1199 SEIU Members authorizing a Strike (if need be) by an overwhelming vote of 96%.  “‘Our goal was to get an agreement and this (contract) will fundamentally change’ health care in this area.  ‘This contract is like no other.’  ‘It’s the best one we’ve ever done.’”

But later in the day details of the Kaleida agreement were posted on Social Media.

For example, a review of wages, in part, showed: Retroactive payment on the current base wage of 4% back to June 1st (2022); and a General Wage Increase of another 4% in both June 2023 and June 2024; A new Bonus Shift Program, effective December 18th (2022); and a listing of hourly rates - Registered Nurses and Physician Assistants $30 per hour, Professional Bargaining Unit Members $20 per hour and all other titles $15 per hour.

The increase in wages will help Kaleida, working with the CWA and 1199 SEIU, to retain current Staff and help recruit new Staff.

Currently there are more than 800 open positions throughout the Kaleida System that still need to be filled, in addition to Kaleida agreeing to create 500 more new positions as stated in the tentative contract.

“We’ll be ‘aligning ourselves’ with (nursing) schools, looking for referrals from our Members ‘and create a competition for these positions’ (that carry higher salaries).  ‘And, there more than likely will be poaching from other hospitals,’” Gambini truthfully said.

“‘We have got to get into the high schools’ (in order to attract young people into the Nursing Profession),” Scordato added.  “‘We have to educate our youth on these great jobs, jobs that are fulfilling.’”

The tentative agreement - which includes as many as 130 individual contracts, was reached after “intense negotiations” of 17-hour days late last week and into the weekend, the Union Leaders said. 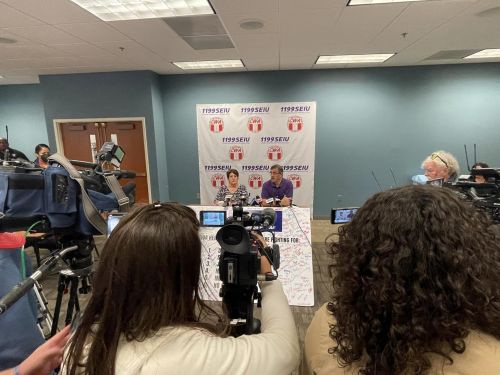 Scordato tipped his hat to the professionalism that Kaleida showed at the bargaining table and took the time to thank the Buffalo-area delegation of local and State Elected Officials, as well as Governor Kathy Hochul, whose Administration announced last week that it had provided Kaleida with $25 million in funding to help solve some of its financial difficulties.

Scordato also made it a point to single out and thank CWA Regional Director Deb Hayes, who was not in attendance at the news conference, for the role she played in the contract negotiations.

In the coming weeks, a ratification vote by the Kaleida Workers will be scheduled and held – both Gambini and Scordato said.