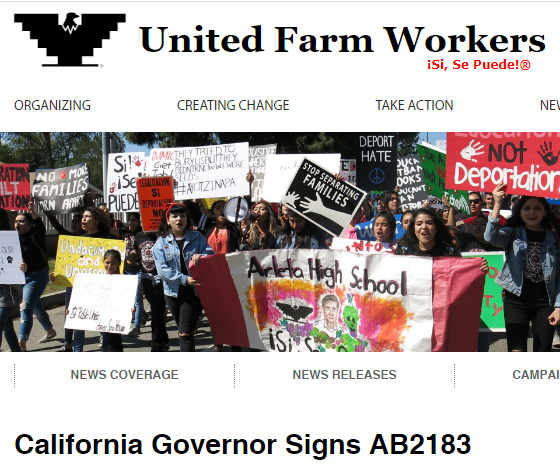 Alexander Nieves at Politico.com reports on Governor Gavin Newsom signing legislation to make it easier for Farm Workers to Unionize in California.  Nieves reports the agreement with the Governor’s Office eliminates a provision of the Bill that would allow mail-in Union Elections.  In its place, Workers will be allowed to join the United Farmworkers Union by signing a card, a system long sought by Organizers.  The agreement would also set a cap of 75 Certified Union Elections per year.