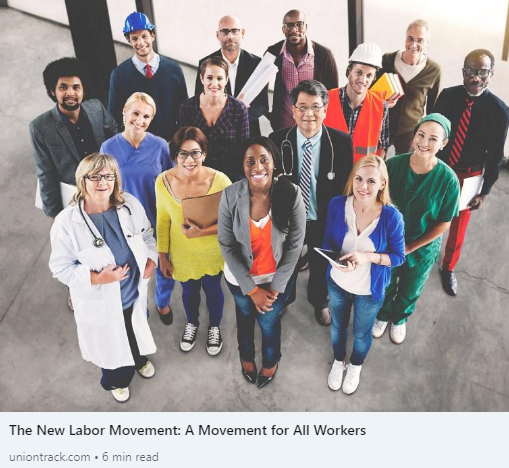 Ken Green at Union Track reports that there’s a new Labor Movement happening across the U.S.  Green says it’s what Rani Molla, a Senior Data Reporter at Vox, calls “a new era for the American Worker,” and it looks different from Labor Movements of the past.  Green writes it’s a resurgence in Unionizing and Worker action that is being driven by young, often highly-educated Workers in traditionally Non-Union industries who aren’t afraid to form their own Unions, independent of national organizations.

To Directly Access This Labor News Report, Go To: https://uniontrack.com/blog/the-new-labor-movement-a-movement-for-all-workers