Workers Employed At United We Dream - The Largest Immigrant Youth-Led Network In The Country, âGo Unionâ With The Communications Workers Of America 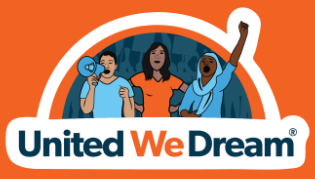 (WASHINGTON, D.C.) - Workers at United We Dream (UWD), the largest Immigrant Youth-Led Network in the country, have won voluntary recognition after a majority of eligible staff showed their support for Union Representation with the Communications Workers of America (CWA), Union Officials announced.

“We’re so proud to win our new Union and join CWA,” said Anto Chávez, a UWD Employee and a leader on the Union Organizing Committee.  “My Co-Workers and I started organizing because we believe all Workers should have a seat at the table.  These efforts have been led by and for Immigrant Workers of all backgrounds.  This is a victory not just for us as UWD Employees, but for the entire Labor and Immigrant Rights Movements.”

United We Dream, which is headquartered in Washington, D.C., creates welcoming spaces for young people - regardless of immigration status - to support, engage, and empower them to make their voices heard.

The organization’s vision is a reaching a society that celebrates its diversity and it believes in leading a multi-ethnic, intersectional path to get there.

More than 60% of its membership are Women and 20% identify as LGBTQ.