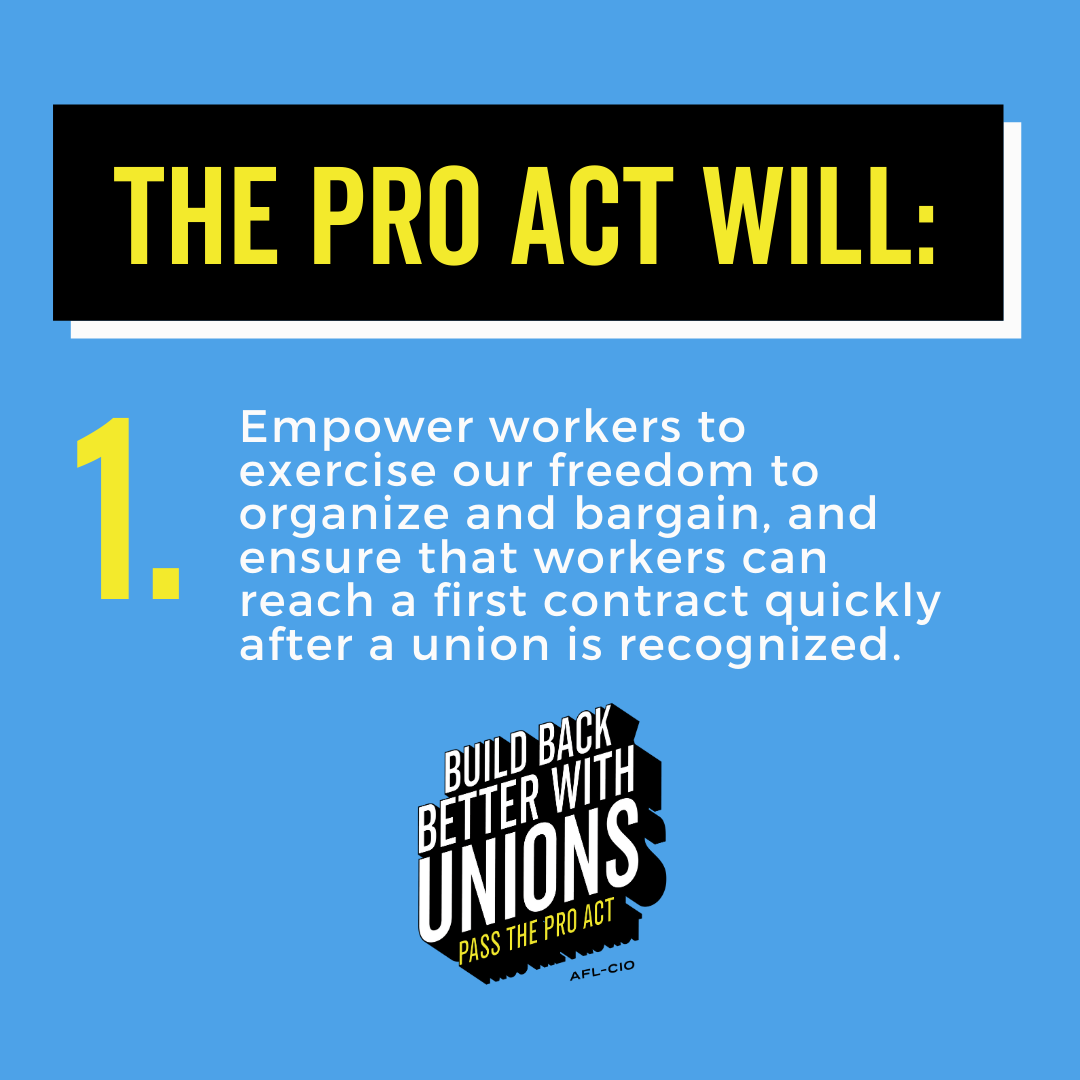 Mark Gruenberg at People’s World reports on a new poll, commissioned by the Communications Workers of America (CWA), which shows young voters in nine swing states with tight Senate races strongly back Workers’ Rights - and especially the Protect The Right To Organize (PRO) Act, according to a new Hart Research poll, commissioned by the CWA.  As a matter of fact, support for the PRO Act, Organized Labor’s #1 legislative priority, is so lopsided among young voters, those 18-to-39, that opposition is almost non-existent, Gruenberg reports.

To Directly Access This Labor News Story, Go To: www.peoplesworld.org/article/poll-85-of-swing-state-voters-voters-18-to-40-back-unions/