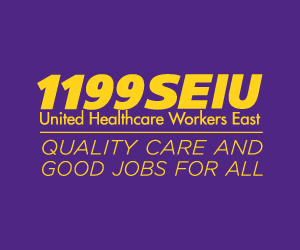 Caregivers are part of a joint campaign of more than 1,200 Nursing Home Workers at 12 for-profit facilities across Western New York who held one-day strikes back in mid-July.

Settlements reached at an additional four facilities late last week now bring the total of for-profit nursing home settlements to 10 of 12, leaving Workers at Humboldt House for Nursing & Rehabilitation in Buffalo and at Fiddler’s Green Manor in Springville without contracts.

The new agreement for Workers employed at Elderwood at Lockport and Elderwood at Williamsville includes significant wage adjustments for experienced Workers, 3% pension increases in each year of the agreement, increases in shift differentials, a new weekend differential, and increased Paid Time-Off Buy Back.

Workers also secured a $15 per hour start rate for all Service Workers beginning next year.

The for-profit employer has also agreed to Juneteenth as a paid holiday.

The Union-represented Health Care Workers will also get 3% pension increases in each year of the contract, along with increased employer contributions to dental and optical.

The new three-year agreement for Workers employed at the Newfane Rehabilitation & Nursing Center in Niagara County includes $15 per hour for all Service Workers, wage scales for all job titles, additional raises for long term Employees, increased employer contributions to health insurance, and a 3% increase to pension contributions in each year of the contract.

Workers will also get Juneteenth as a paid holiday.

To Continue Reading This Labor News Report, Go To: www.1199seiu.org/media-center/1199seiu-nursing-home-workers-elderwood-lockport-elderwood-williamsville-gowanda-nursing-rehabilitation-and-newfane-rehabilitati