(BUFFALO, NEW YORK) – Buffalo Teachers Federation (BTF)-represented Educators participated in a city-wide picket Friday (September 9th) over the lack of a new contract as their Union filed Improper Practice Charges against the School Board and District for asking Teachers to agree to a Memorandum of Understanding (MOU) that involved Transportation Bell-Time.

“They’re ‘angry,’” BTF President Phil Rumore told WNYLaborToday.com hours after Unionized Teachers held a picket at every Buffalo Public School earlier in the day.  “Its ‘bad enough (the School District) ‘has insulted Teachers with their contract offers and (now) waiting until September to get them to sign this MOU.’  ‘It’s worse than the (ongoing) negotiations.’” 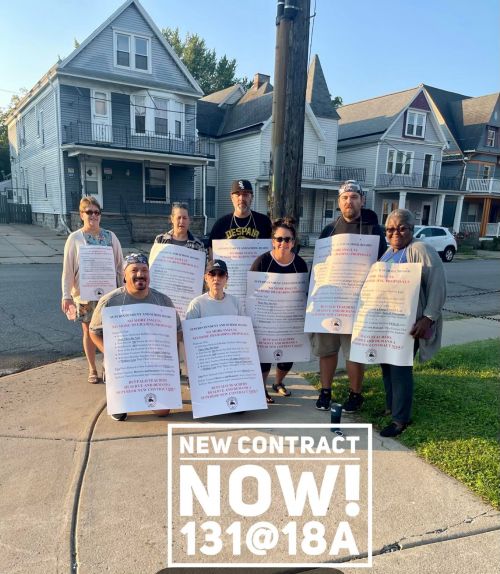 The BTF, which represents 3,775 total Members, has charged the Board and District with dragging their negotiations on for more than three years, which has forced the BTF to file three Improper Practice Charges against the District over the course of time.

In addition, the Teachers are “angry” over what Rumore describes as insulting and demeaning salary offers, a refusal to address the need for more School Counselors, School Social Workers, School Psychologists and School Attendance Teachers, the District’s attempt to blame them for the District’s late and harmful methods to address the school bus shortage and “the callous ways they are addressing Teacher concerns and student needs.” 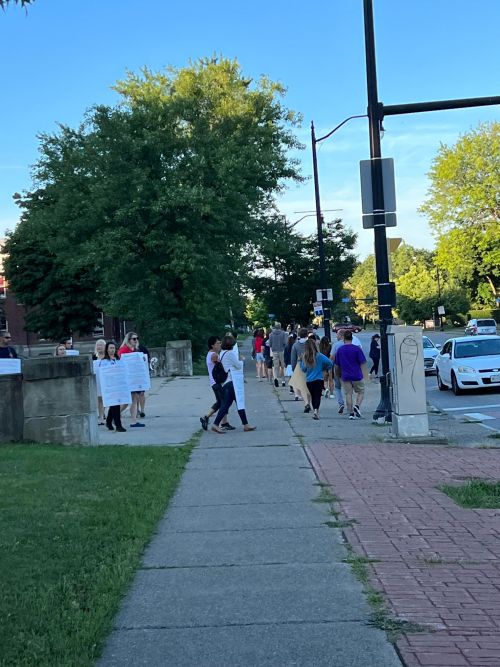 For three years, the Buffalo School Board has been stonewalling Buffalo’s Teachers with insulting and demeaning contract offers, the Union has charged.

“This ‘is how our City’s Teachers are rewarded for their dedication and commitment to our students,’” the BTF has said.

This is how long it takes a Buffalo Public School Teacher to reach his or her maximum salary: Buffalo Teachers, 27 years; Other Teachers in Erie County, 21.7, the Union said.

The BTF also offered a second example of the comparable Step 1 salaries: In Buffalo, $39,531 vs. the average Big 6 Other New York Cities (New York City, Yonkers, Albany, Rochester and Syracuse) - $54,540.

Then, later on Friday, the BTF released the following statement:

Just when you think the Superintendent, Board and others in the District can’t be more insulting and callous, they: Wait until April 2022 (three years after negotiations began) to present a one-sided, detrimental proposal: Don’t follow-up on said contract proposal until September 1st, 2022; Expect us to agree to an MOU that is far worse than their contract proposal; Present an MOU that provides no details relating to where, when, how and why; Expect parents and Staff to change their childcare and other responsibilities after they are already in place; Have some students waiting in the dark - longer; Have some students arrive home 6-8p.m.; Tell Teachers if you don’t like it or can’t do it, transfer out, leave your students, and start at a new school; and Don’t explain how after-school programs will continue. 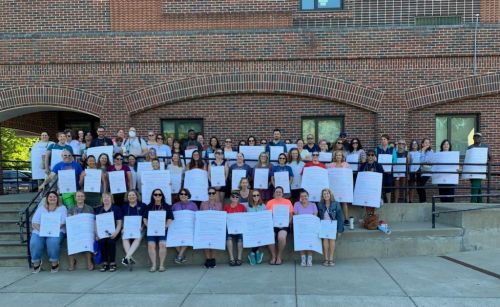 The BTF President, meanwhile, said he believes the public actions are having an impact on School Board Members who are now “feeling the heat.”

“The ‘main obstacle is the District’s negotiator.’  ‘He’s the problem,’” Rumore said. “‘He’s even tried to keep me from speaking publicly’ at a Board meeting.  ‘He was trying to muzzle us.’”

WNYLaborToday.com Editor’s Note: For More, Read: ‘Buffalo Teachers Deserve A Fair Contract’ - Union Starts Campaign To Educate The General Public & The Parents Of School Children ‘To The Wide Disparities In Pay That Impact The Retention & Hiring Of’ Public School Teachers In The City At www.wnylabortoday.com/news/2022/07/06/buffalo-and-western-new-york-labor-news/buffalo-teachers-deserve-a-fair-contract-union-starts-campaign-to-educate-the-general-public-the-parents-of-school-children-to-the-wide-disparities-in-pay-that-impact-the-retention-hiring-of-public-school-teachers-in-the-city/