âRaindrops Donât Dampen The Spiritsâ Of Local Unionists, âDespite The Cancellationâ Of The 2022 Buffalo Labor Day Parade Due To Heavy Rain

(BUFFALO, NEW YORK) - A string of annual warm and sunny Labor Days was broken Monday (September 5th), but that didn’t dampen the spirits of hundreds of area Unionists who made the best of the situation after heavy rain forced the cancellation of the 2022 Buffalo Labor Day Parade in South Buffalo.

Instead, area Unions, their Leadership and Members joined together at a picnic that was held at Cazenovia Park to recognize and celebrate the many gains made on behalf of Working People across Western New York and the Nation.

Under one of several big tents set up at the park, Unionists celebrated this year’s Grand Marshals - four United Food & Commercial Workers (UFCW) who were impacted by the 5/14 mass shooting at a Tops Supermarket on Buffalo’s East Side (Read WNYLaborToday.com’s Labor News Report on the Grand Marshals at: www.wnylabortoday.com/news/2022/08/29/buffalo-and-western-new-york-labor-news/we-are-inspired-by-you-four-ufcw-represented-tops-supermarket-employees-who-were-impacted-by-the-5-14-mass-shooting-at-the-jefferson-avenue-grocery-store-are-named-grand-marshals-of-the-2022-buffalo-afl-cio-council-s-labor-day-parade/)

Union Members also shared handshakes under the tents as they took advantage of grilled hot dogs and picnic fixings, while listening to live music as they made the best of the situation.

The bad weather also forced the cancellation of another Labor Day Parade up in Youngstown in Niagara County, where Members of the Niagara-Orleans AFL-CIO Central Labor Council were to participate in.

What follows is a number of photos posted on the Social Network Facebook by area Unions (Steve Szymura of the Civil Service Employees Association, William Mayer of the International Union of Painters & Allied Trades and Terri Legierski of the Communications Workers of America) and the Members who celebrated the day in Buffalo: 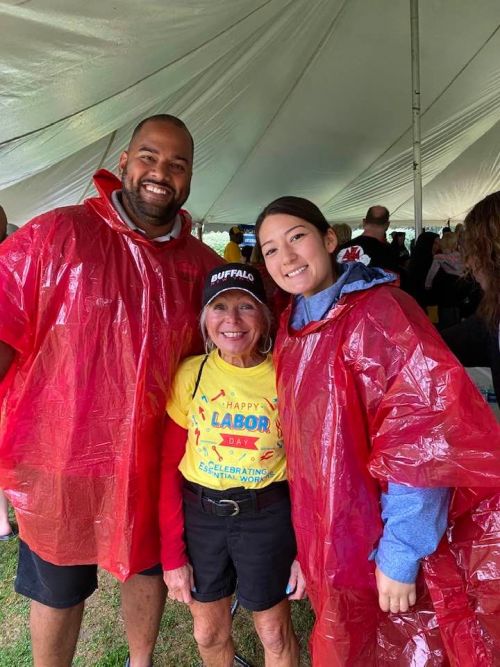 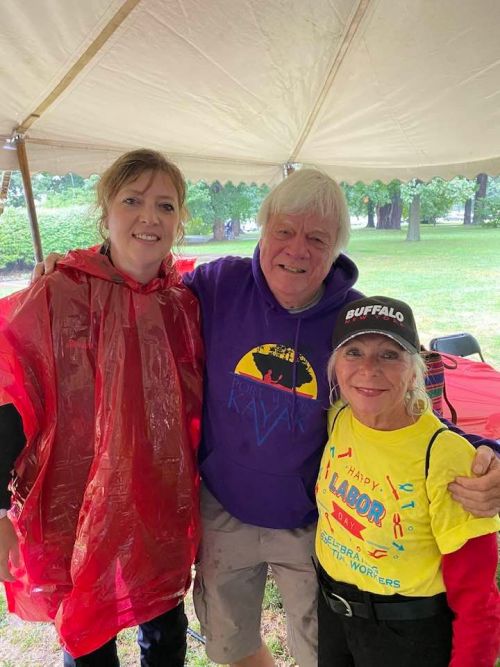 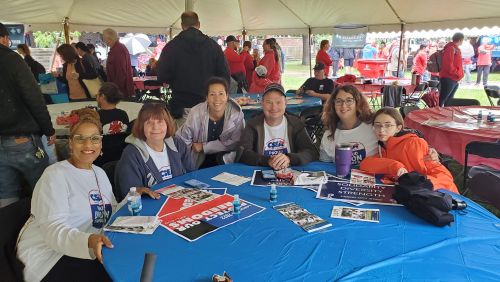