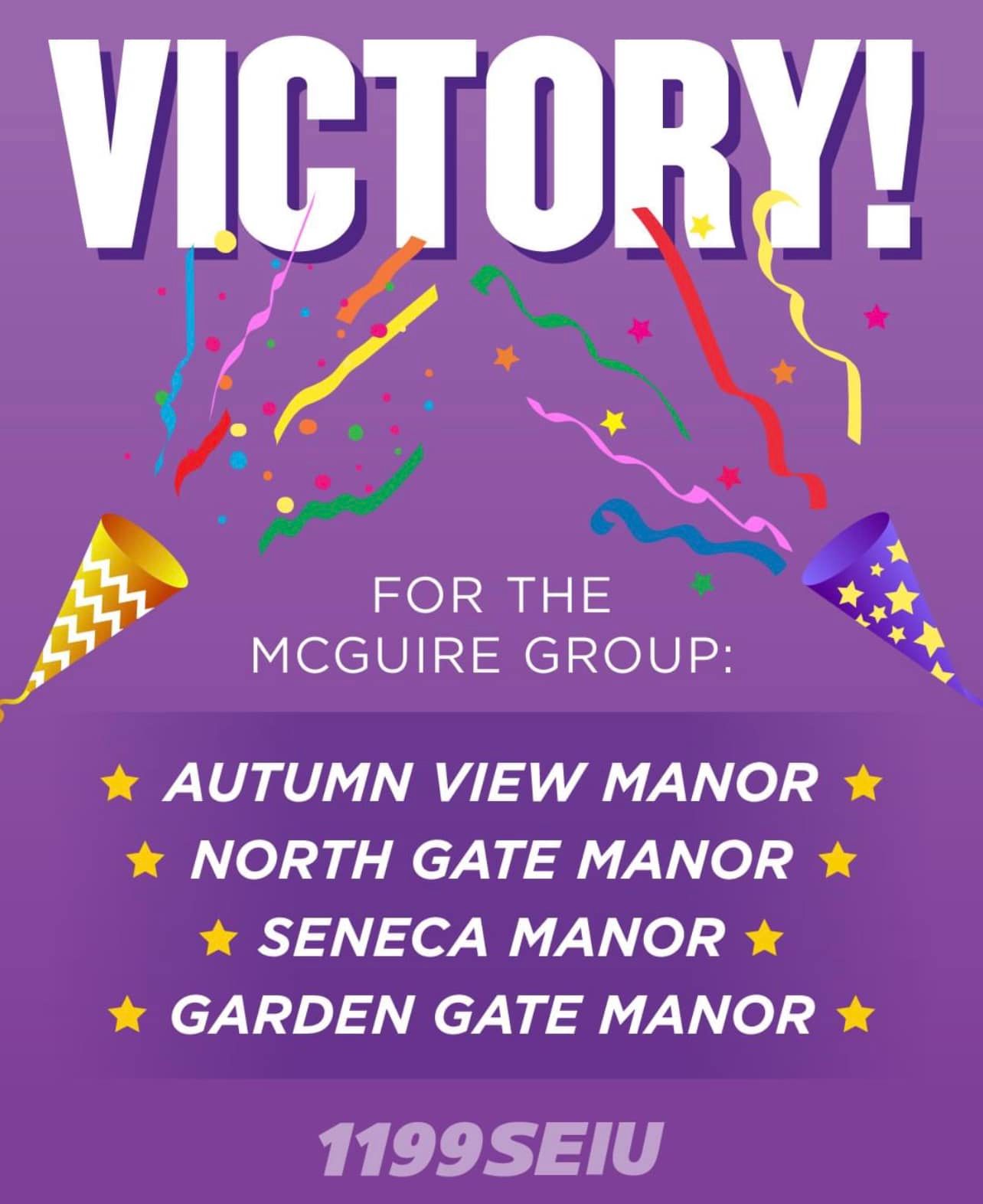 The Unionized Caregivers are part of a joint campaign of more than 1,200 Nursing Home Workers employed at 12 for-profit facilities across Western New York who held one-day strikes mid-July.

The new three-year agreement with the McGuire Group runs through April 30th, 2025.

“I’m glad to finally be recognized for my seven years of dedication to Seneca Health Care with these new wages,” said Joseph Grotky, a Dietary Aide.  “I’m hopeful we’ll see less turnover and better care for residents.  This is the best contract I’ve ever seen.”

Workers will also get a 3% pension increase in each year of the agreement, along with increased employer contributions to dental and optical, they said, adding the for-profit employer also agreed to Juneteenth as a paid holiday.

While the new contract with McGuire Group, which meets the demands of the campaign, ends the fight for some Nursing Home Workers in the joint campaign, Union Members employed at the remaining facilities overwhelmingly voted to authorize five-day strikes.

Workers are focused on continuing their fight for better staffing levels, wage scales for experienced Workers and a $15-an-hour rate for Service Workers.

If no agreement can be reached, the Unionized Health Care Workers employed at Elderwood at Lockport, Elderwood at Williamsville, at Fiddler’s Green Manor, at the Humboldt House, and at the Gowanda Nursing and Rehabilitation Facility plan to hold five-day strikes - and soon, Union Officials said.

1199 SEIU United Healthcare Workers East - whose mission is to achieve quality care and good jobs for all - is the largest and fastest-growing Health Care Union in America.

The Union represents more than 400,000 Nurses and Caregivers throughout the States of Florida, Massachusetts, New York, New Jersey, Maryland, and in Washington, D.C.