One Year After âLaunching An Ambitiousâ Organizing Effort, Hundreds Of Cannabis Workers Join The Teamsters Union 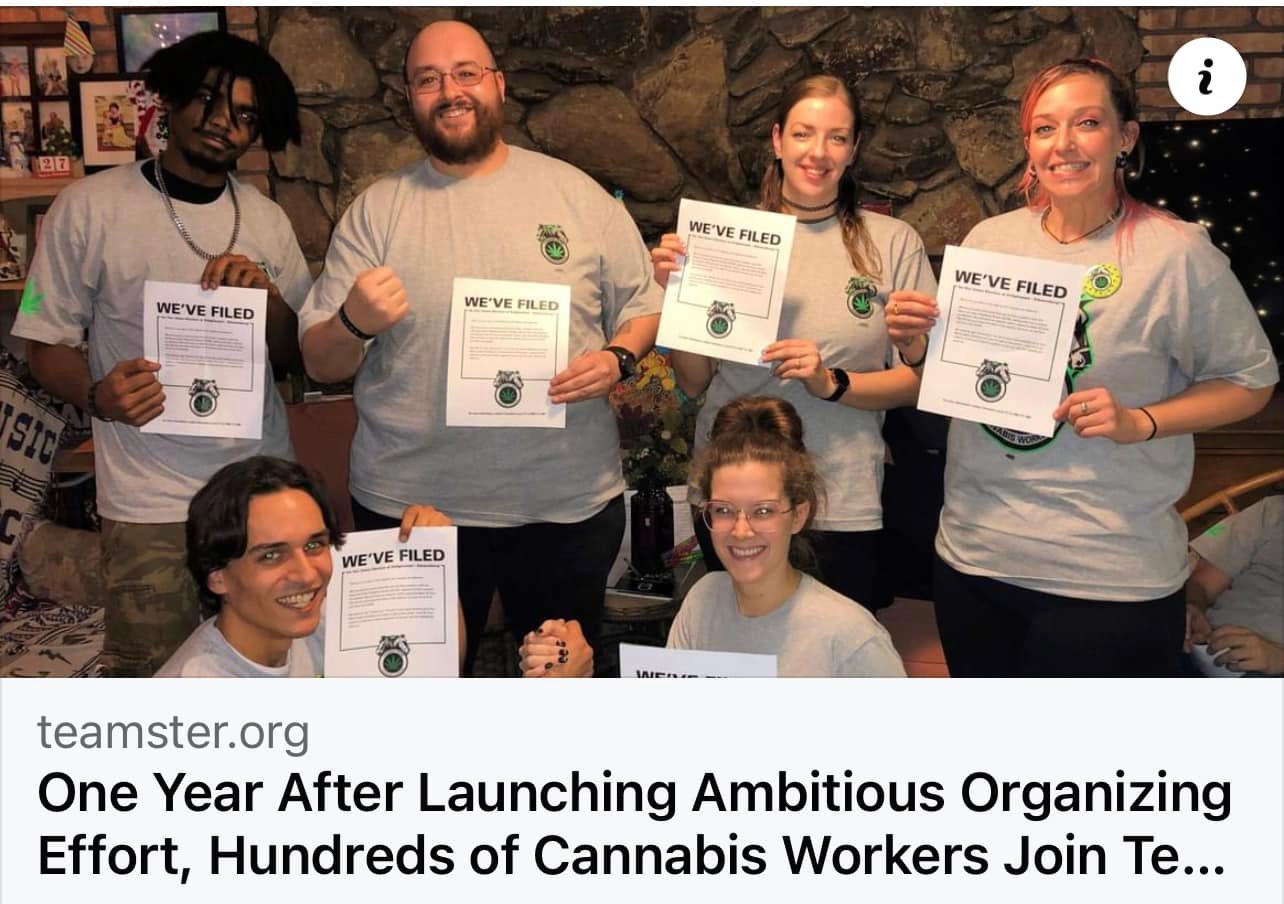 There are few goals more difficult to accomplish than successfully organizing a Union.

The process can be long and arduous.

Many Workers are afraid to exercise their rights and companies will spend six or seven figure sums breaking a Union Drive as soon as they get wind of it without blinking an eye.

When the Teamsters launched a National Organizing Campaign in the Cannabis Industry last year, it was a risky endeavor.

“We knew that organizing a nascent industry like cannabis would be hard, but that doesn’t bother us,” said Peter Finn, who serves as the Teamsters National Food Processing Director. “Usually, the things in life that are the most worthwhile are also the most difficult.”

After only a year, Cannabis Organizing has proven to be an incredibly successful undertaking.

Nearly 500 Workers in over a dozen facilities - including dispensaries, growth operations and distributers - have voted to join the Teamsters since May 2021, and if the past is prologue, thousands more are yet to come.

The Cannabis Industry has exploded in a very short time - 10 years ago, Colorado and Washington had both just voted to become the first two states to legalize recreational cannabis.

Now it’s legal recreationally in 18 states and the District of Columbia, with more on the way.

Not only that, but it’s an industry worth over $25 billion annually.

With all of the money being made on cannabis, the Workers responsible for its success knew they needed the strongest Union in North America to ensure they got a piece of the pie.

One of the companies where the Teamsters have made incredible strides in organizing is Verilife.

Ashley Birdsell works at the company’s dispensary in Ottawa, Illinois: “I’m excited to be a part of this movement and to make history.  The Teamsters are for us Workers.  They want to make sure that we are protected and not just a disposable pawn for cannabis companies.”

Jim Thompson, who has worked at a Verilife Call Center in Schaumburg, Illinois since it opened in 2018, voted to join Local 777 back in February: “It’s important for us to go Union to keep up the high standard of patient and customer care that Call Center Workers here have established.  On a personal note, this is the same Teamsters Local Union that my Father joined in 1972, so that makes it even more special for me.”