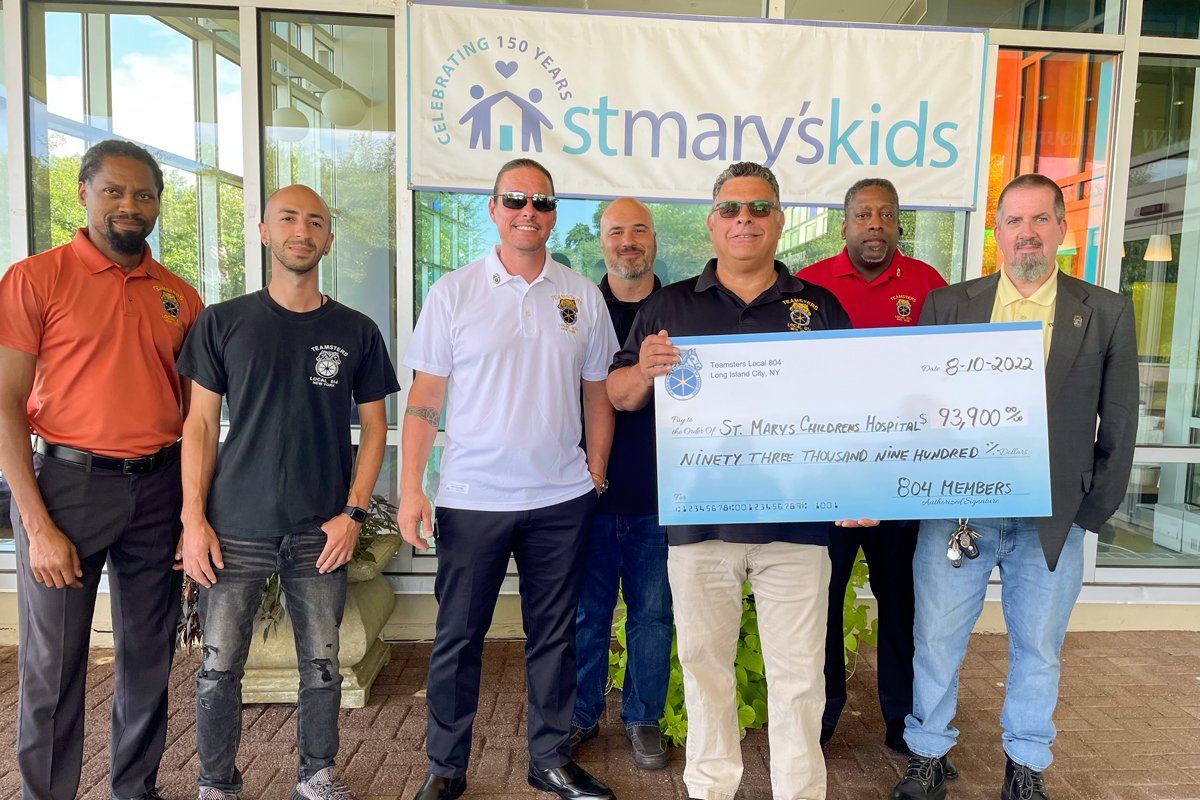 About 6,000 UPS Workers in the New York City Region were part of the settlement.

St. Mary’s Hospital for Children and St. Jude Children’s Hospital each received half of the donated funds, $93,900 each.

The donations were announced at an event with Union Members and leaders at St. Mary’s Hospital for Children.

“The Teamsters are proud to support these two New York institutions who help so many of our families,” Teamsters Local 804 President Vinnie Perrone said. “UPS stole this money from its Workers, but our Members were made whole and ensured that the remaining funds were put to use strengthening our community.”

Under the law, these payroll deductions have to be voluntary and authorized in writing, but UPS managers repeatedly and systematically failed to keep written records or get the Teamsters-represented Members’ approval.

Under the settlement, UPS had to reimburse Union Members for the unauthorized paycheck deductions, plus a 40% penalty.

The United Way got to keep the money that was donated.

The Teamster donations to the two hospitals were made up of money that went unclaimed from the settlement.

“For far too long, the company got away with taking money that didn't belong to them," said Frank Swenson, a Local 804 Member and a lead plaintiff in the Class Action Lawsuit. "It feels good to get the money back to the hard working Members and to share it with our friends from St. Mary's and St. Jude's."

The Class Action Lawsuit was filed in 2019. Members were represented in the lawsuit free of charge by Attorneys Nathaniel Charny and Ben Dictor, who also represent Local 804.

To Directly Access This Labor News Story, Go To: https://teamsters.nyc/teamsters-donate-proceeds-of-ups-wage-theft-lawsuit-to-ny-childrens-hospitals/