Tonawanda Baristas âWalk Out In Protestâ After Starbucks Fires 13-Year Employee, The Ninth Union Leader In The Buffalo Area Whoâs Been Allegedly Fired By Management For Union Activity 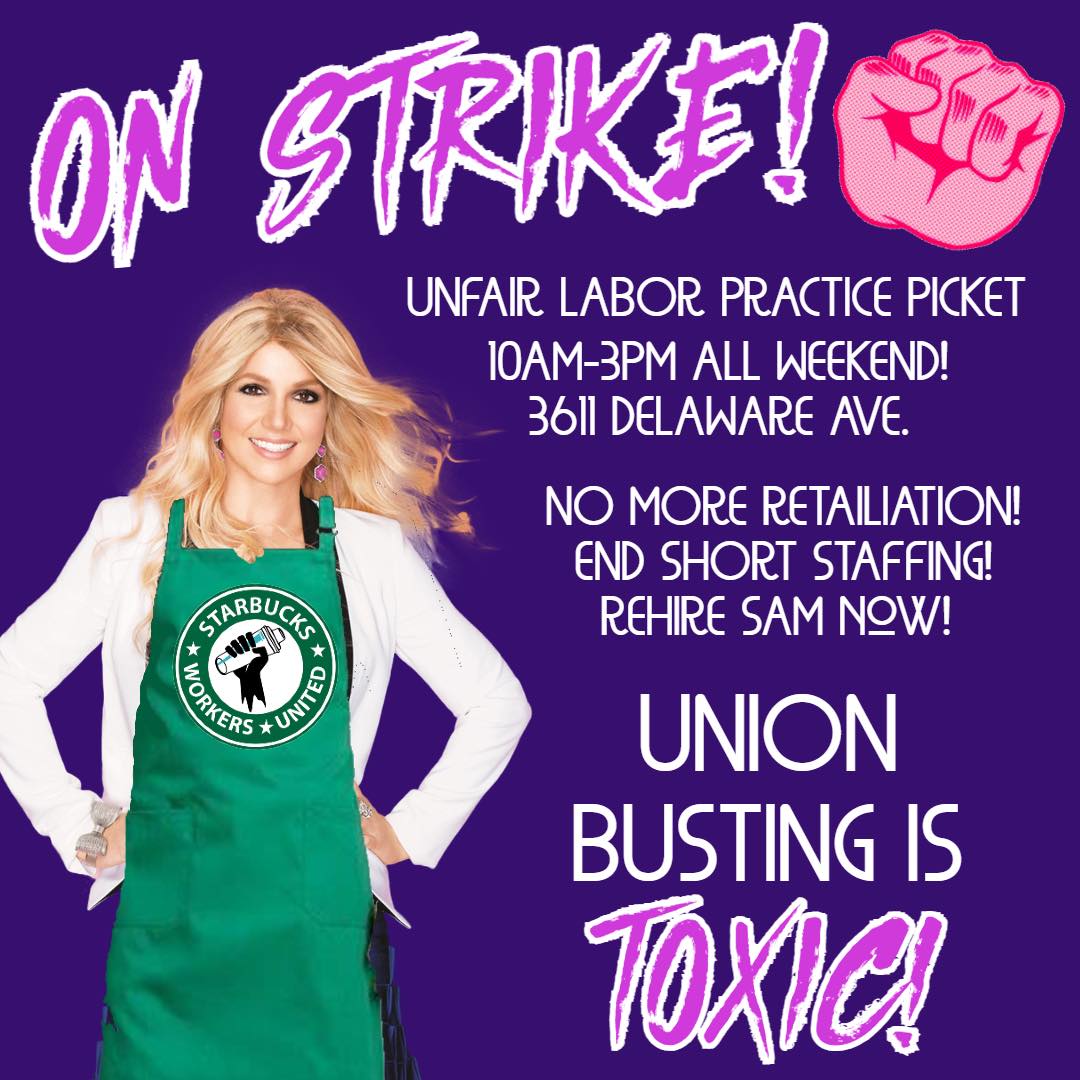 Starbucks claims the reason Amato was fired was due to an incident where he closed the store lobby without permission from management, Union Officials said.

Workers employed at Starbucks’ Tonawanda store were explicitly told by upper management, including former President of Starbucks North America Rossann Williams, that they had the discretion to modify store operations, they added.

“This is the week of my thirteenth anniversary at Starbucks and I was fired,” said Amato, a former Shift Supervisor at the Tonawanda store. “I was fired because I was a Union Leader at my store.  My manager couldn’t even explain to me why they were firing me.  She couldn’t look me in the eye.”

Additionally, Amato was not the Shift Supervisor who made the decision to close the lobby down that day.

In the termination papers provided by Starbucks, the company referenced “coaching sessions” and conversations about Amato’s performance that never occurred, Union Officials said.

This was blatant retaliation for Amato being a Union Leader at his store, they alleged.

Fellow Starbucks Workers at the Tonawanda store immediately walked off the job and started an ULP Strike after Amato was terminated.

Starbucks has escalated its Union-Busting Tactics to an unimaginable and absurd degree, the Union says.

To date, according to the Union, more than 75 Starbucks Workers and Union Leaders across the United States have been terminated by the company.

“I’ve worked so hard and the least this company could have done is explained to me why I was fired, and they couldn’t even do that,” Amato added. “It’s really offensive. It’s shameful.”