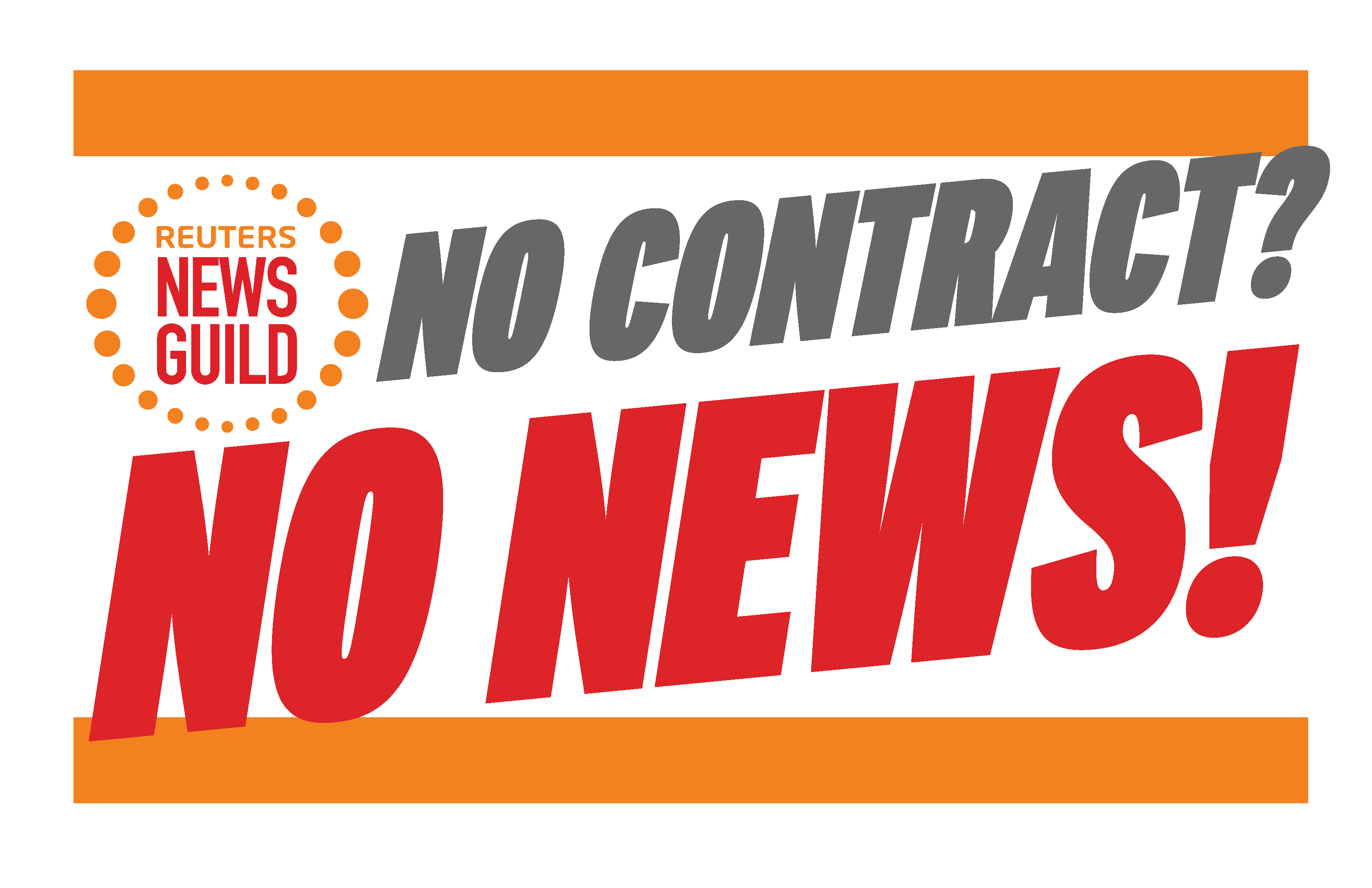 (NEW YORK CITY) - Nearly 300 Journalists at Reuters, the Global News Agency, walked off the job Thursday (August 4th) for 24 hours in protest of management’s slow-walking contract renewal negotiations, the first major labor action taken by Journalists at the company in more than 30 years.

Journalists walked out to protest management's offer of a guaranteed annual wage increase of only 1%, which would effectively mean a pay cut given the soaring cost of living.

The company’s profits are at record highs - since the end of 2017, the company’s cash from operating activities has totaled about $6.3 billion and its dividend has risen by nearly 29%.

Yet - management’s latest offer, in addition to the 1% guaranteed wage increase, also includes zero retroactive pay for the nearly two and a half years since its last general wage increase in March 2020.

The miserly pay offer is particularly hard to swallow for Journalists who’ve found themselves in the line of fire like never before in recent years, be it reporting on the front lines of the COVID-19 crisis, the war in Ukraine or extreme climate events.

Meanwhile, the company's majority Owner and Billionaire Chairperson, David Thomson, the 3rd Baron Thomson of Fleet, is one of the world's richest people and an avid art collector.

His family's wealth has increased by more than $17 billion since Journalists last received a general wage increase in March 2020.

“For the past two years we have been risking our lives, putting our physical safety and health on the line reporting the news that makes Reuters the best news agency in the world,” said Julio-César Chávez, a Video Reporter at Reuters.

“While we reporters are called away from our families in the middle of dinner, something we gladly do for the job, Reuters’ executives sit in the comfort of their home offices managing the profits we bring in for the company.  I’m walking because our work is what powers the success of Reuters, and we deserve to be compensated adequately for it,” he said.

Management has failed to even engage with its Journalists and used stalling tactics in renewing their Collective Bargaining Agreement, which expired nearly 20 months ago - on December 14th, 2020.

Management has also refused to schedule a single bargaining date in the month of August to continue moving negotiations forward, Union Representatives said.

Journalists proposed 15 bargaining dates in August, all of which were rejected by management.

On Monday of this week, the NewsGuild filed an Unfair Labor Practice (ULP) Charge with the National Labor Relations Board (NLRB) in response.