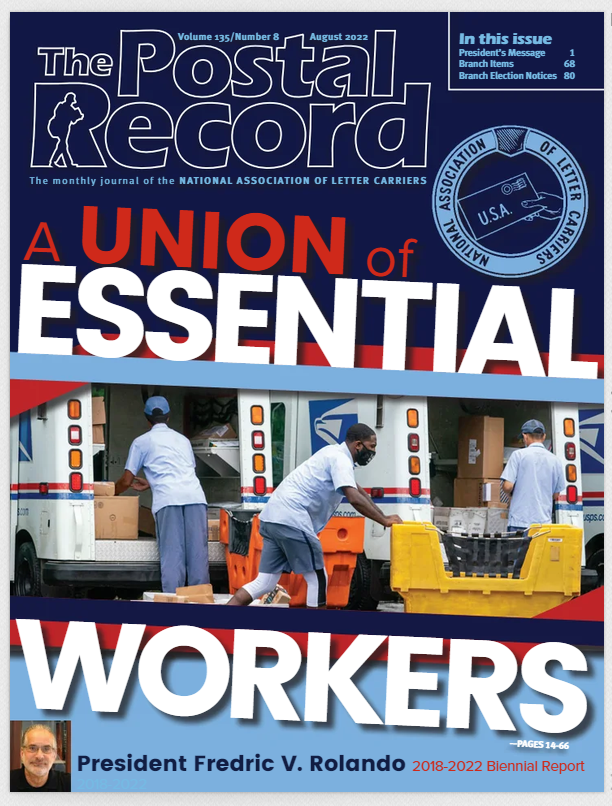 Mark Gruenberg at People’s World reports on National Association of Letter Carriers (NALC) President Fredric Rolando adding his voice to those of other Union Leaders warning of the Right Wing’s threat to Democracy.  In his column in the latest edition of the Postal Record, published on the eve of the Union’s convention in Chicago in mid-August, Rolando says the threat means everyone must be increasingly vigilant, speak and act against the wide range of Democracy-destroying actions they see - up to and including voting and ensuring their votes count, are honored and obeyed.