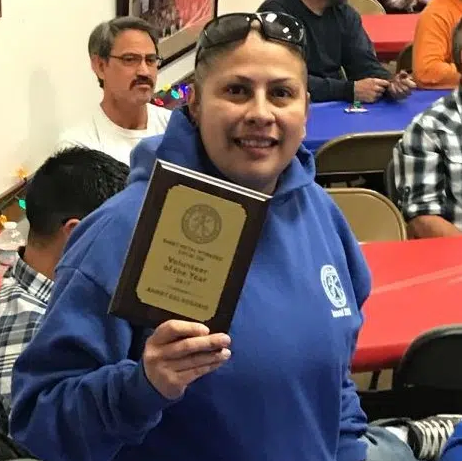 The Tradeswomen Heroes Awards Program honors two Apprentices and two Journey-Level Workers in the United States and Canada that set an exemplary example both on and off the jobsite.

“Her positive attitude and relentless work ethic are infectious to those around her and I can’t think of anyone that deserves more accolades for everything she means to our Local and those lucky enough to be around her,” said Local 206 in the NABTU press release that announced Del Rosario’s NABTU Tradeswomen Heroes Award win.

Del Rosario joined Local 206 in March 2002, committing to the Union’s five-year Apprenticeship Program in August 2003 and turning out as a Journeyperson in 2008.

Since then, she’s worked in the field, as well as the shop on the HVAC side.

Del Rosario’s also served several terms as a Trustee and an E-Board Member, and in her current position, she is the Shop Foreman at Able H&A – the first female to fill each position in the Local’s history.

Del Rosario’s tireless advocacy continues off the jobsite as well.

She created and is President of Building Trades Sisters, an all-female Union Trades Group in San Diego.

“Annet is the shining example of what can be done when someone puts their mind to it,” the press release concluded. “She has always wanted to put in the work to receive the rewards.”

To Directly Access This Apprenticeship And Training Labor News Story, Go To: https://smart-union.org/smart-local-206-journeyworker-wins-july-nabtu-tradeswomen-heroes-award/