The Atlanticâs Business & Technology Workers Unionize - Unit Represents 130 Employees âDriving Financial Success Of The Company,â Workers âCall For Stronger Say In Company Policies, Greater Equity And Diversity In The Workplace, Among Other Wantsâ 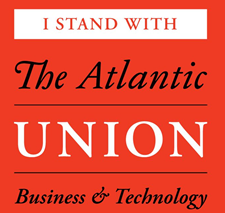 (NEW YORK CITY) - The Atlantic’s Business and Technology Teams have announced the formation of a Union, the latest sign of growing support for Unions among both Tech and Administrative Workers in the Media Industry.

The Unit, called The Atlantic Union: Business & Technology, is represented by The NewsGuild of New York.

“We are proud to be part of a storied publication that has steered this country’s civil discourse since its founding (164) years ago. Our labor - forging partnerships, growing our subscriber base, and more - is critical to The Atlantic’s mission.  That’s why we’re taking steps to ensure the rights of all of our organization’s Workers,” reads the union’s mission statement.

“We have faith in The Atlantic’s editorial and corporate leadership, under which we have produced award-winning journalism and best-in-class products.  We also believe that Worker Power is essential, both to institutionalize what we love about The Atlantic and to continue building a truly diverse and equitable workplace.  With a Union, we will gain a seat at the table that will let us chart our organization’s path forward, and ensure that it’s reflective of the range of perspectives that make The Atlantic a crucial voice in public discourse and a model for the business of journalism,” the mission statement further read.

Workers in the Union are calling for more equity and diversity in the workplace, fair compensation, and meaningful professional development and growth opportunities for Employees, particularly junior Staff.

In their announcement, Workers cited two of The Atlantic’s core values as motivation for their Union Drive: A “spirit of generosity” and a “sense of belonging.”

“I love The Atlantic and its values of generosity and belonging,” said Katie Simpson, who serves as Executive Assistant to the Publisher & Chief Revenue Officer and SVP of Partnerships and AtlanticLIVE at The Atlantic. “I'm organizing for a workplace that continues to honor those values, where my colleagues' diversity, talents, time, and energy are respected and supported through transparency and pay equity.”

Workers are also calling for a stronger say in the company's digital and revenue strategy, particularly when it comes to advertisers.

The Atlantic has been working to grow its digital audience and consumer revenue, launching a paywall in 2019 and a refresh of its App in the same year, followed by an Android App in 2021.

As part of its growth strategy, The Atlantic has made agreements with major corporations to sponsor ads on the site, including in newsletters and other content.

Workers have raised concerns about some of the companies that The Atlantic has cut deals with, especially fossil fuel companies, which Employees say are at odds with The Atlantic’s values.

To Continue Reading This Labor News Report, Go To: www.nyguild.org/front-page-details/the-atlantics-business-and-technology-workers-unionize?link_id=9&can_id=d28a0e75022b91d73fc95bc86b686390&source=email-union-matters-july-15-2022&email_referrer=email_1608325&email_subject=union-matters-july-22-2022