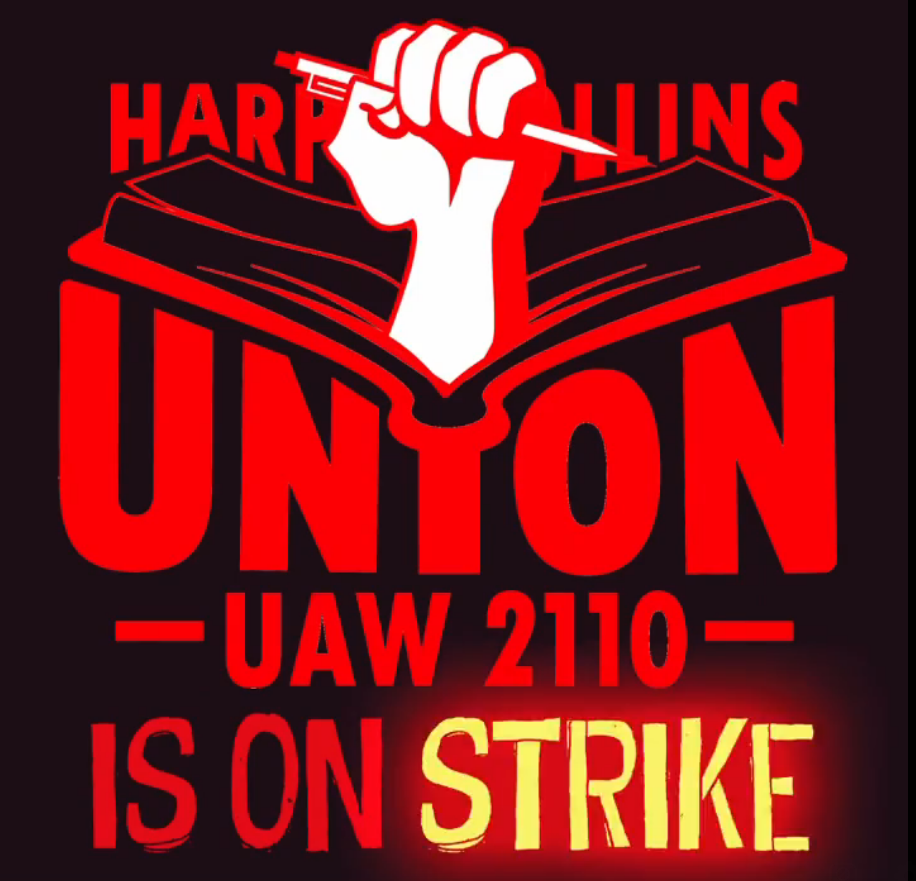 (NEW YORK CITY) - A chant of “passion doesn’t pay the rent” resounded off the concrete walls of Lower Manhattan as Workers employed at the HarperCollins Publishing Company picketed outside its offices during a one-day Strike that was held on Wednesday (July 20th), with some 100 people walking in 91-degree heat.

Given New York City rents, Guerdan said: “That’s not a living wage.  You really have to have generational wealth to work in publishing.”

Publishing has traditionally been a low-paying professional sector.

That’s partly because Workers have long been mostly Women and partly because of the attitude, common in creative fields, that if people are passionate about their work, they shouldn’t kvetch about not getting a lot of money for it.

“We have to pay rent and we have to buy food,” says Brudastova.

One Striker who’s worked in publishing for 35 years told LaborPress that the rent for her Queens apartment costs more than half her take-home pay.

Another issue is “salary compression” - that Workers don’t get significant raises when they get promoted, says Guerdan, an Associate Editor for children’s books who started as an Editorial Assistant five years ago.

There are also a lot of expectations that they’ll do unpaid overtime, she adds, and when people began working remotely during the Coronavirus Pandemic, the company only gave two small stipends to help them upgrade their home computer systems to handle large files - such as page proofs of illustrated children’s books.

HarperCollins is the only U.S. publishing house with a Union.

It was organized in 1942, but when Rupert Murdoch’s News Corporation acquired the company in 1987, it refused to bargain unless the Union agreed to an open shop.

One of Local 2110’s demands is restoring the Union Shop.

“It will cost the employer nothing to give us Union Security, a Union Shop,” says Brudastova. “It’s a Union-Busting technique.”

To Continue Reading This Labor News Story, Go To: www.laborpress.org/passion-doesnt-pay-the-rent-harpercollins-workers-strike/