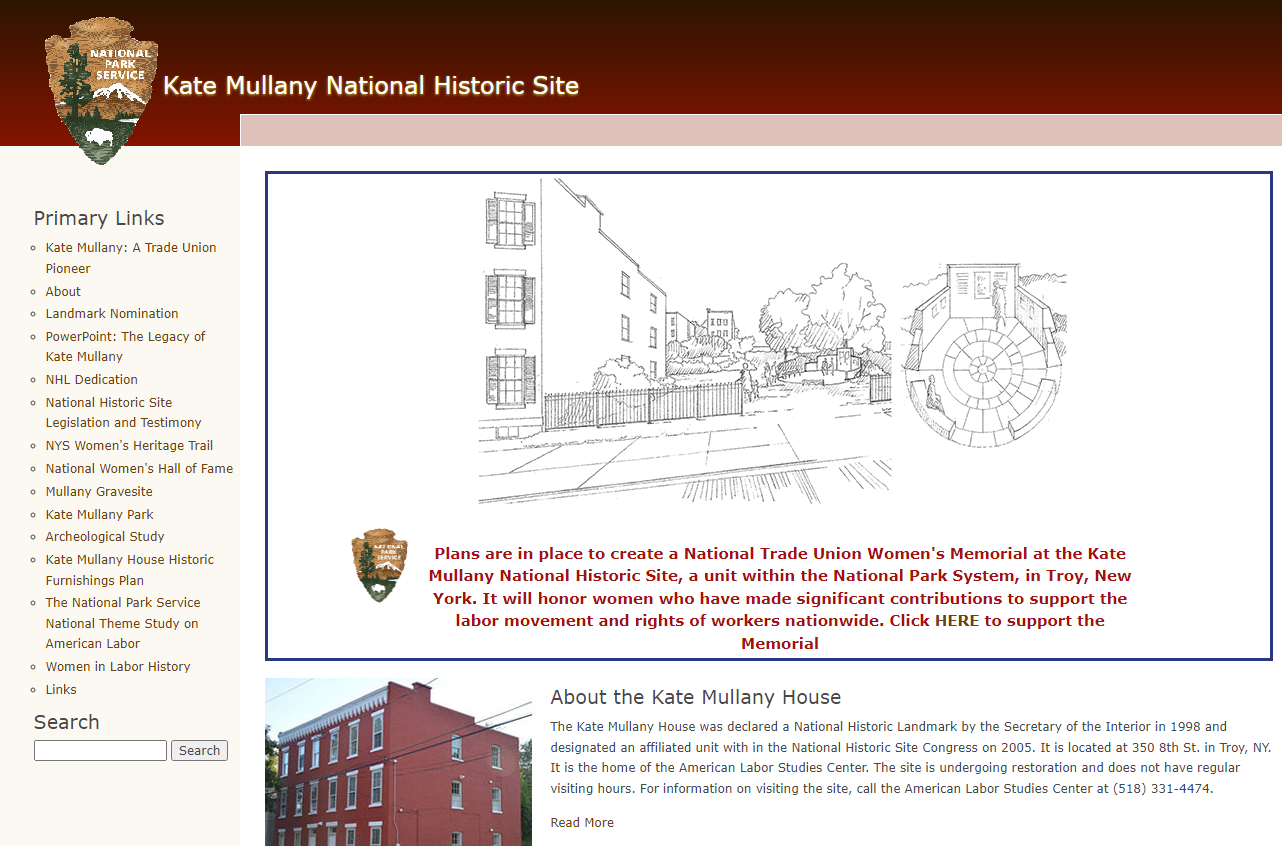 (TROY, NEW YORK) – Paul Cole, who serves as the Executive Director of the American Labor Studies Center (ALSC) and is former Vice President of the American Federation of Teachers (AFT) and Secretary-Treasurer Emeritus of the New York State AFL-CIO, is always keeping himself busy - from championing the need for Labor History to be taught in our schools to overseeing the Kate Mullany National Historic site in Troy.

But now, Cole has another “exciting” project lined up to keep himself busy: the creation of a National Trade Union Women’s Memorial.

The Memorial, which would be located right next door to the historic Kate Mullany House - which was named after the young Irish Immigrant Laundry Worker who in 1864 organized and led an all-female Collar Laundry Union, would make sure those Women in the Labor Movement who were considered pioneers are properly recognized for their historic Union Leadership.

A committee will eventually be created to accept nominations and induct a couple of Trade Union Women Pioneers each year, he said.

An induction ceremony will also be annually held to take advantage of all the pomp and circumstance the event will create, he added.

It’s estimated the project will cost between $20,000 and $30,000 in order to be built on land that’s owned by the Mullany National Historic Site in Troy, which is located next to the Kate Mullany House, said Cole, who’s posted conceptual artwork of what the site would look like on the web site (see below): http://www.katemullanynhs.org/.

The Memorial is being designed by the historic Architectural Firm of John G. Waite Architects in Albany.

“It’s roughly (a 30-foot-by-30-foot circular area) with walls where the names of the yearly honorees would be placed,” Cole said.  “I’m ‘really thrilled’ (with the artist’s rendition of the site).  ‘I think it’s wonderful.’” 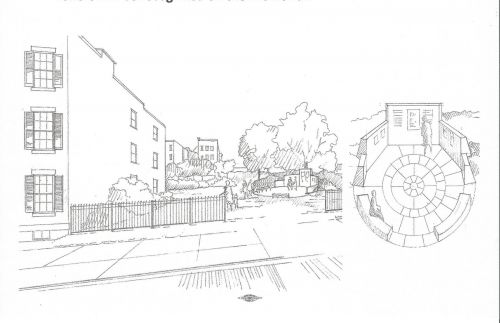 Donations are now being accepted with a “few thousand dollars” already having been made, Cole said. 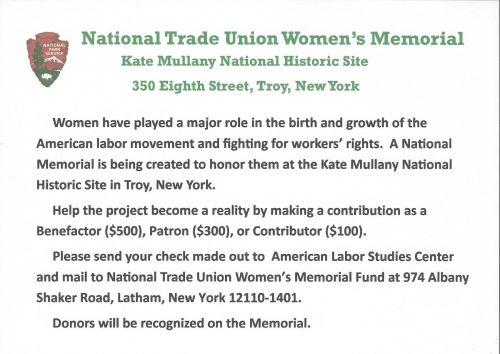 “Patrons will also have their names engraved on the memorial,” he added.

A big plus, Cole said, is the fact that since the Mullany House is a National Historic Site, it means that the new National Trade Union Women’s Memorial will be considered within the National Park System (NPS) and be eligible to use the NPS logo, which will allow Cole to seek a variety of grants that can be used toward the memorial.

For More Information, Visit: http://katemullanynhs.org/ And For More On Making A Donation, Contact Paul Cole Directly At 518-331-4474.