The WIRED âUnion Prepares To Walk Outâ For Prime Day 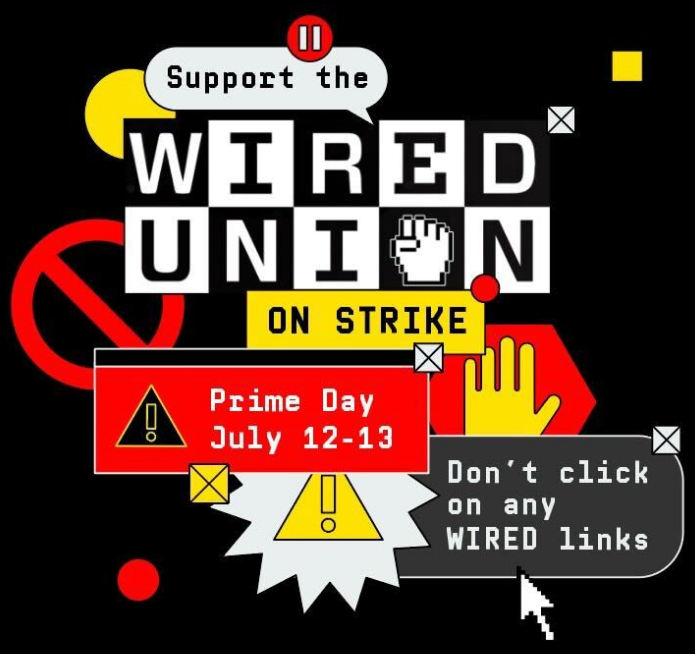 (NEW YORK CITY) - After more than a year of bargaining, the WIRED Union says Conde Nast management is still unwilling to pay its Employees fairly and is refusing to engage with the Union on rights participation, and will not recognize its Product Reviewers as part of the Bargaining Unit.  As a result, Union Representatives say the Union and its Membership will walk out on this year’s Prime Day - July 12th and 13th - to win a fair contract that the company’s Union-represented Employees deserve.

Union Representatives say the work their Members do is crucial to both WIRED and Condé Nast’s economic viability and that it is high time the Workers get a contract that matches the commitment they have to their work at WIRED.

As such, the WIRED Union, which says it knows that the shopping public relies on its work to guide their Prime Day shopping, is asking its subscribers and supporters that if a deal is not reached by Prime Day (July 12th), to do not click on any WIRED links or shop through WIRED on July 12th and July 13th.

Also, the Union is asking that no one cross its picket line.

However, the Union says if a deal is reached before Prime Day, everyone is welcome to continue to click.