The CWA & IBEW Reach A Tentative Agreement With Verizon On A Three-Year Contract That Includes Long-Term, Work-From-Home Provisions 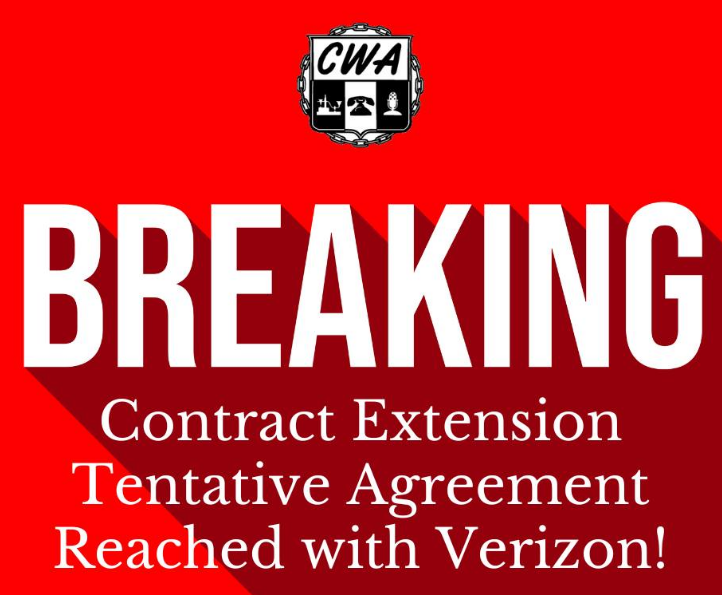 (NEW YORK CITY) – The Communications Workers of America (CWA) and the International Brotherhood of Electrical Workers (IBEW) have reached an agreement in principle with Verizon to extend their Collective Bargaining Agreements for a three-year period, the Union announced over the July 4th Holiday Weekend.

The current Union agreements are set to expire on August 5th, 2023.

If finalized, the agreements will extend through August 1st, 2026.

Verizon and the CWA and IBEW are documenting the understanding in the signed contracts and expect to have that completed in the coming days, at which time the Unions will communicate further details, the Labor Organizations announced.

The contracts are subject to ratification by Verizon’s Union-represented Employees.

The contracts will include long-term, work-from-home provisions, the CWA posted in an announcement on its web site.