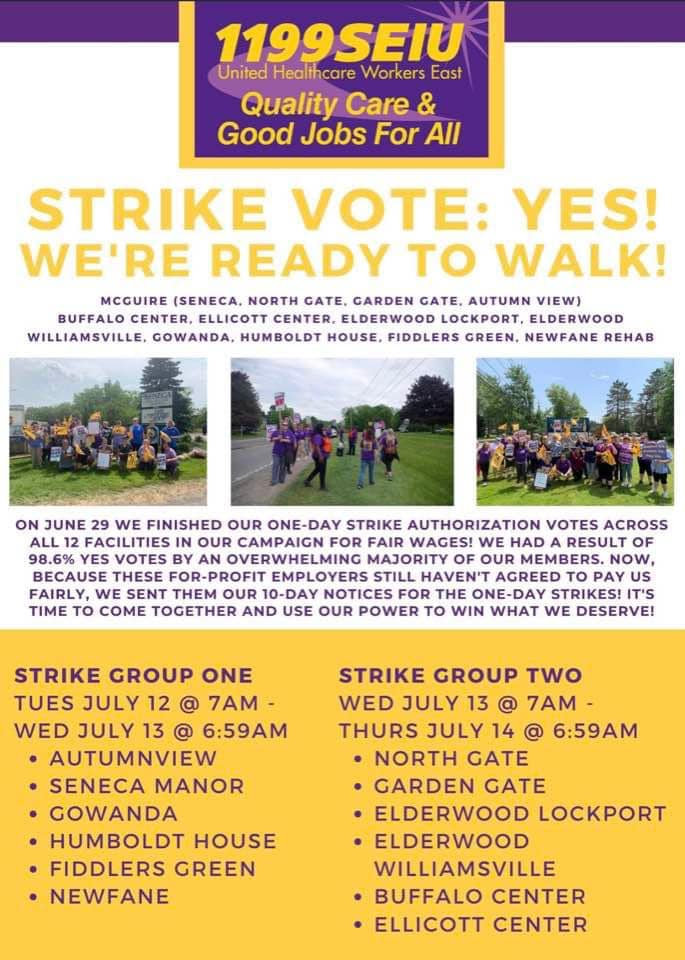 This month, 98.6% of the Workers who are employed in the 12 facilities, who are represented by 1199 Service Employees International United (SEIU) Healthcare Workers East - the largest Health Care Workers Union in the United States, voted by an overwhelming majority at each facility in favor of holding one-day strikes to win better wages, Union Officials said.

They are asking for a $15 minimum wage for Service Workers, higher start rates for new Employees, and standardized wage scales - based on experience, 1199 SEIU said.

The Unionized Caregivers say wage improvements are needed to retain experienced Workers to care for residents, but also to recruit new Workers to help with critically understaffed facilities.

"If we're able to reach settlements at all twelve facilities, including the wages Workers have been fighting for, then there’s no need to move forward with the one-day strikes.  But, the for-profit out-of-town employers must be willing to invest in local Workers so there are enough regular long-term Staff to provide consistent and quality care for residents," said Grace Bogdanove, who serves as 1199 SEIU Vice-President for the Western New York Nursing Home Division.

1199 SEIU United Healthcare Workers East, whose mission is to achieve quality care and good jobs for all, represents more than 400,000 Nurses and Caregivers throughout the States of New York, Massachusetts, New Jersey, Maryland and Florida, and in Washington, D.C.

For More Information, Go To: https://www.nursinghomestaffingaccountability.com/