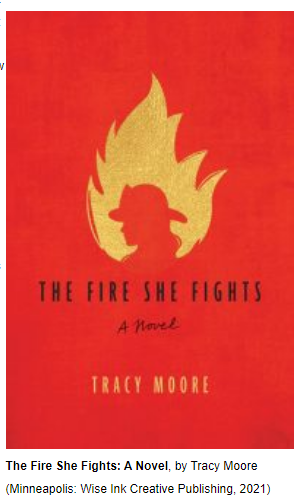 LaborPress Editor’s Note: Jane LaTour is the Author of Sisters in the Brotherhoods: Working Women Organizing for Equality in New York City, which includes a chapter: Double Vision: Breaking Down Doors at the Fire Department.  The aforementioned Captain Brenda Berkman’s photo graces the cover of Jane’s book.  LaTour, former Editor of Work History News, is working to complete her second book, an oral history about Rank-and-File Reformers - Activists in the cause of Union Democracy.

(NEW YORK CITY) - Considering how much time is spent at work, it’s interesting that there isn’t more fiction to capture these worlds.

Yet, when we encounter a gripping novel about the workplace, the characters stubbornly inhabit us and refuse to exit after we leave them behind.

Some novels sear themselves and their characters into our consciousness.

Consider Jimmy Breslin’s Table Money, his unforgettable 1986 novel about a Sandhog and his family.

Set in the early 70’s, it tells the story of Owney Morrison and his wife, Dolores.

Owney’s trips deep under the streets of New York City introduce us to the cringe-inducing work of the Men who are digging the new City water tunnel and their forebears who carved out the tunnels and subways in the City.

Another unforgettable novel about the world of Construction Workers -Richard Price’s Bloodbrothers, takes us on site with Members of International Brotherhood of Electrical Workers (IBEW) Local 3’s Electricians.

The story appeared in 1976, two years before the advent of Women into Local 3.

The female characters are all Mothers, Daughters, Aunts, Girlfriends, Wives, Waitresses or Whores - a sorry lot.

In the book, as in life, Fathers were eager to have their sons follow them into their craft.

Women were for “after work.”

Now Tracy Moore’s novel, The Fire She Fights, takes us inside the firehouse, seen from the female vantage point.

Like Breslin and Price, she’s created an unforgettable portrait of life on the job, in a type of workplace that most of us know little about.

One of the strengths of the book is how much we learn about the work, the routines Firefighters follow, the terminology and tools they use, the situations they face, the sacred rituals that constitute tradition, and the culture that prevailed in Fire Departments when Women entered the fire service as peers.

Women working in Blue Collar “non-traditional” occupations, traditionally occupied by Men, have been writing about their experiences, contributing to our knowledge of “the hidden history of affirmative action,” in the words of Nancy MacLean, and documenting the reality of what it was like to be a pioneer on the far frontier of Feminism.

To Continue Reading This Labor Book Review, Go To: www.laborpress.org/veteran-female-firefighter-takes-readers-inside-the-firehouse-in-the-fire-she-fights/