Next Up On UUPâs âThe Voiceâ Podcast: Discussing Systemic Racism In Buffalo In The Aftermath Of The May 14th Massacre In A Mostly Black Neighborhood That Took Place On The Cityâs East Side That Left 10 Dead & Three Wounded 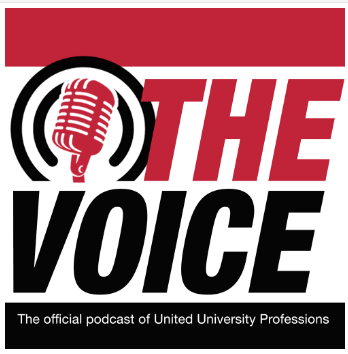 Buffalo’s Michigan Street Baptist Church was a sanctuary for fugitive slaves as they made their way to Canada - and freedom - on the Underground Railroad.

Harriet Tubman, herself enslaved, became known as the Conductor of the Underground Railroad for leading fugitives from the church - built by African Americans in 1845 - across a suspension bridge over the Niagara River to Canada and freedom.

Yet, for a City so rich in Black History, systemic racism in Buffalo has been perpetuated for decades - from red-lining and other forms of housing segregation to environmental racism and a severe lack of municipal investment and job opportunities in Black neighborhoods.

UUP’s new podcast, The Voice, looks into the issue of systemic racism in Buffalo, as well as the May 14th massacre in a mostly Black neighborhood in the City that left 10 people - all of them Black - dead, and three wounded.

The episode features a conversation between UUP President Fred Kowal, the show’s host, and three Black Leaders: Janique Curry, who serves as Vice President of the Buffalo Chapter of the National Action Network; Dr. Henry-Louis Taylor Jr., founding Director of the Center for Urban Studies at the University at Buffalo and a Professor of Urban and Regional Planning at the UB School of Architecture and Planning; and the Reverend James Giles, Co-Founder of Back-to-Basic Outreach Ministries in Buffalo and leader of the Buffalo Peacemakers.

The podcast is available to listen to or to download on most major podcast directories, including Apple Podcasts, Google Podcasts and Spotify.