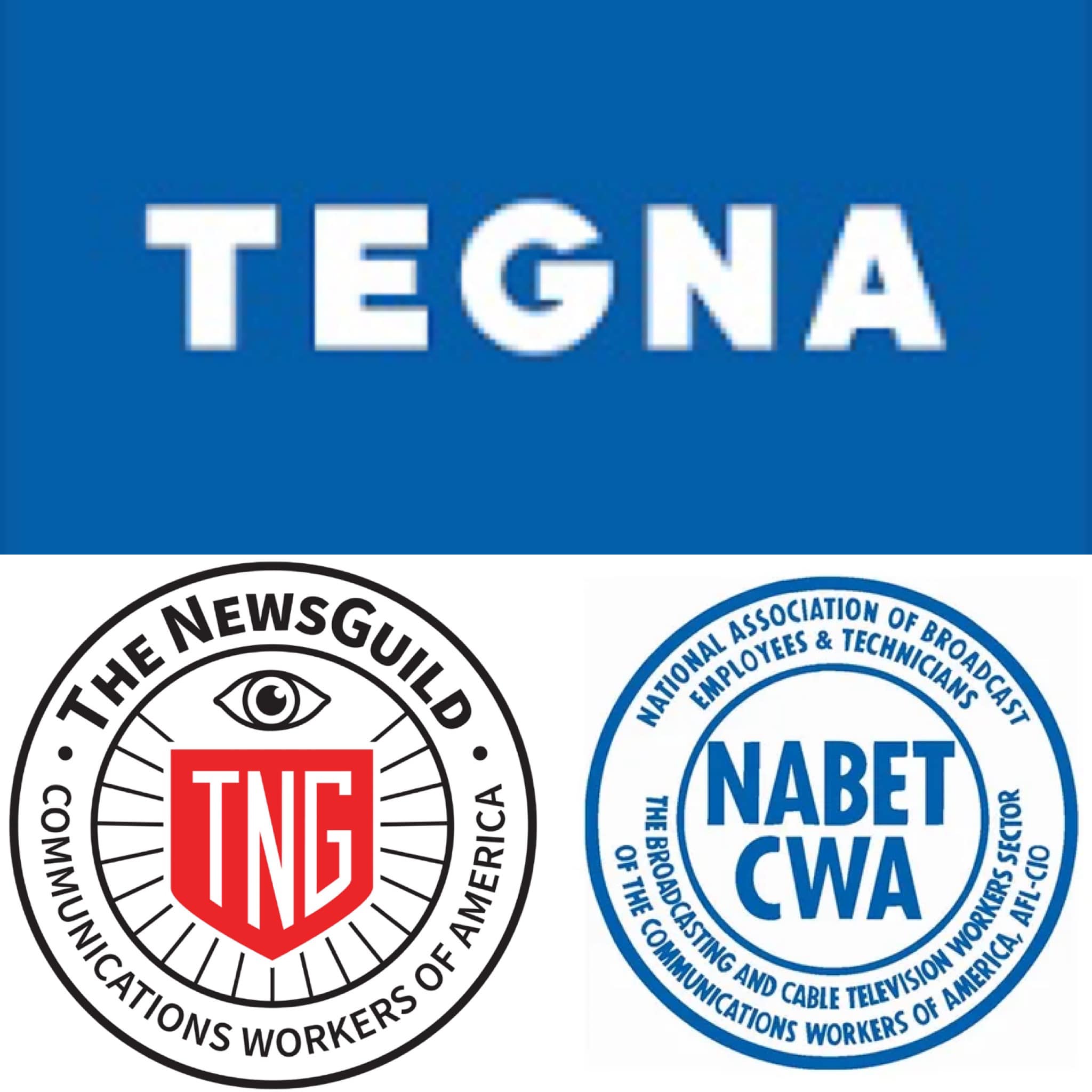 “Local news is being murdered by Wall Street.  The attempted takeover of TEGNA is just the latest example. Standard General and Apollo don’t care about journalism.  They care about money,” NewsGuild President Jon Schleuss said. “Our Union - thousands of Journalists and Media Workers - is aggressively fighting to save the news industry, local journalism jobs and our Democracy.  We call on the FCC to reject this takeover attempt because it will further erode local news and raise consumer prices at the worst possible time.”

The two Media Unions pointed out that a takeover of TEGNA would likely reduce local news jobs, raise consumer prices and violate the FCC’s ownership cap.

Last week Standard Media CEO Deb McDermott sent an unusual e-mail to TEGNA Employees, saying the company has “no intention, and have never had the intention, of reducing news or News Staff at TEGNA stations.”

Standard Media is a subsidiary of Hedge Fund Standard General.

In an April 2020 presentation to the TEGNA Board called “Tomorrow’s TEGNA,” Standard General said that TEGNA is overstaffed compared to its corporate peers, with double the number of Employees per station.

“They should be clear: Standard General plans to cut jobs,” Schleuss said.

The Guild first raised questions in April about the proposed transaction: Would the deal further erode local journalism?  Why are the companies asking for a waiver of foreign ownership rules without a commitment to preserve local journalism?  Is the deal structured in a way to circumvent broadcast ownership limits?  Will it raise prices for consumers?

In May, The NewsGuild, Common Cause and Public Knowledge asked the FCC to delay the acquisition and requested more information.

The FCC approved a one-month delay and requested more information from the companies involved in the acquisition.

In early June, NewsGuild President Schleuss called on President Joe Biden in an open letter to urge the FCC to reject the attempted takeover of TEGNA.

Both TNG-CWA and NABET-CWA represent Workers employed at TEGNA stations and other Media Workers in TEGNA markets.

At the end of 2021, TEGNA reported 6,200 full- and part-time Employees in its annual report filed with the SEC.

To Continue Reading This Labor News Story, Go To: https://cwa-union.org/news/releases/media-unions-tell-fcc-to-reject-local-news-takeover