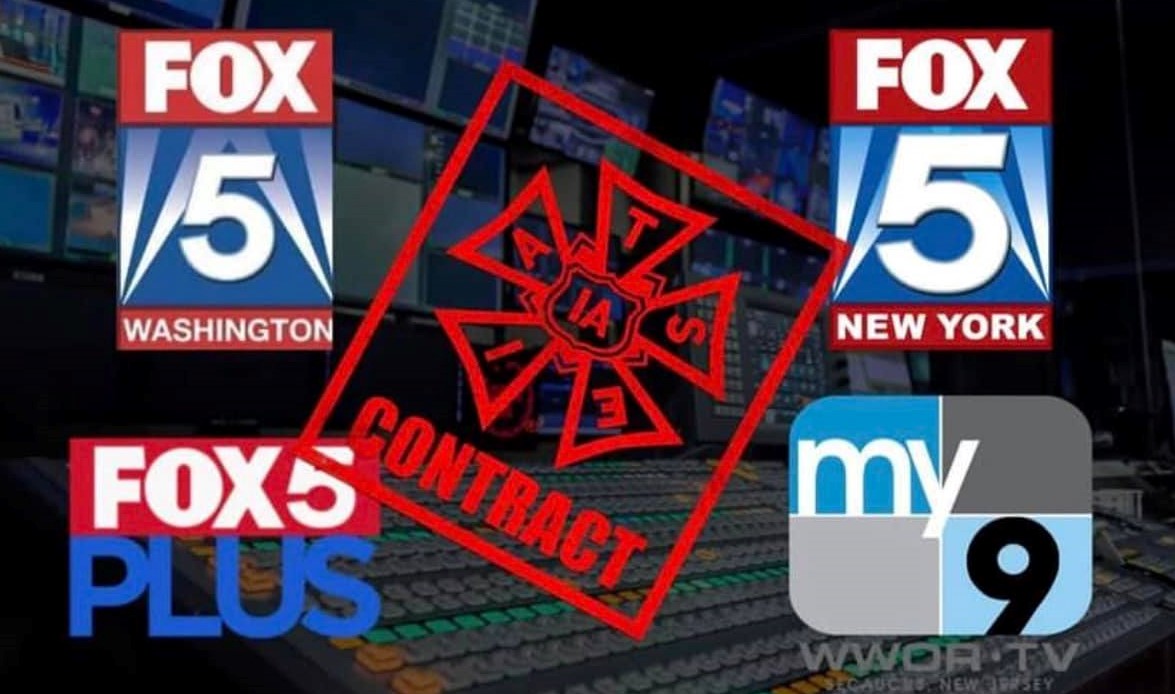 (NEW YORK CITY) - International Alliance of Theatrical Stage Employees (IATSE) Locals 794 and 819-represented Broadcast Workers employed at Fox 5 New York (WNYW), My 9 New Jersey (WWOR), Fox 5 DC (WTTG), and Fox 5 Plus (WDCA) have voted to ratify a new three-year agreement with Fox Television Stations, LLC that marks the end of over a decade of negotiations between the Media Giant and the IATSE Locals.

Earlier this Spring, over 8,000 allies signed a petition addressed to FOX demanding management come to the table with a fair proposal.

“This has been a very difficult stretch for our Members,” said Al Richardson, who serves as Business Agent for IATSE Local 819 D.C. “We have persevered through weather related challenges, social and political unrest and a pandemic.  Eleven years of negotiations.  Fifteen years without a cost-of-living raise.  Our dedication cannot be questioned at this point.  It was very important for our Members to receive some financial relief.  This contract, while by no means perfect does at least provide that.”

IATSE Local 794 Business Agent Nick Kroudis said he believes the new agreement will bring much-needed relief to Workers who’ve been grappling with rising inflation while putting themselves in harm’s way to deliver breaking news to the New York and Washington D.C. Metros.

“Getting a deal done now was extremely important for our Members and their families.  It’s what they deserve for years of dedication and hard work,” Kroudis said.

IATSE represents more than 160,000 Technicians, Artisans and Craftspersons in the Entertainment Industry, including live events, motion picture and television production, broadcast and trade shows in the United States and Canada.

To Directly Access This Labor News Report, Go To: https://iatse.net/fox-5-broadcast-workers-ratify-new-deal/