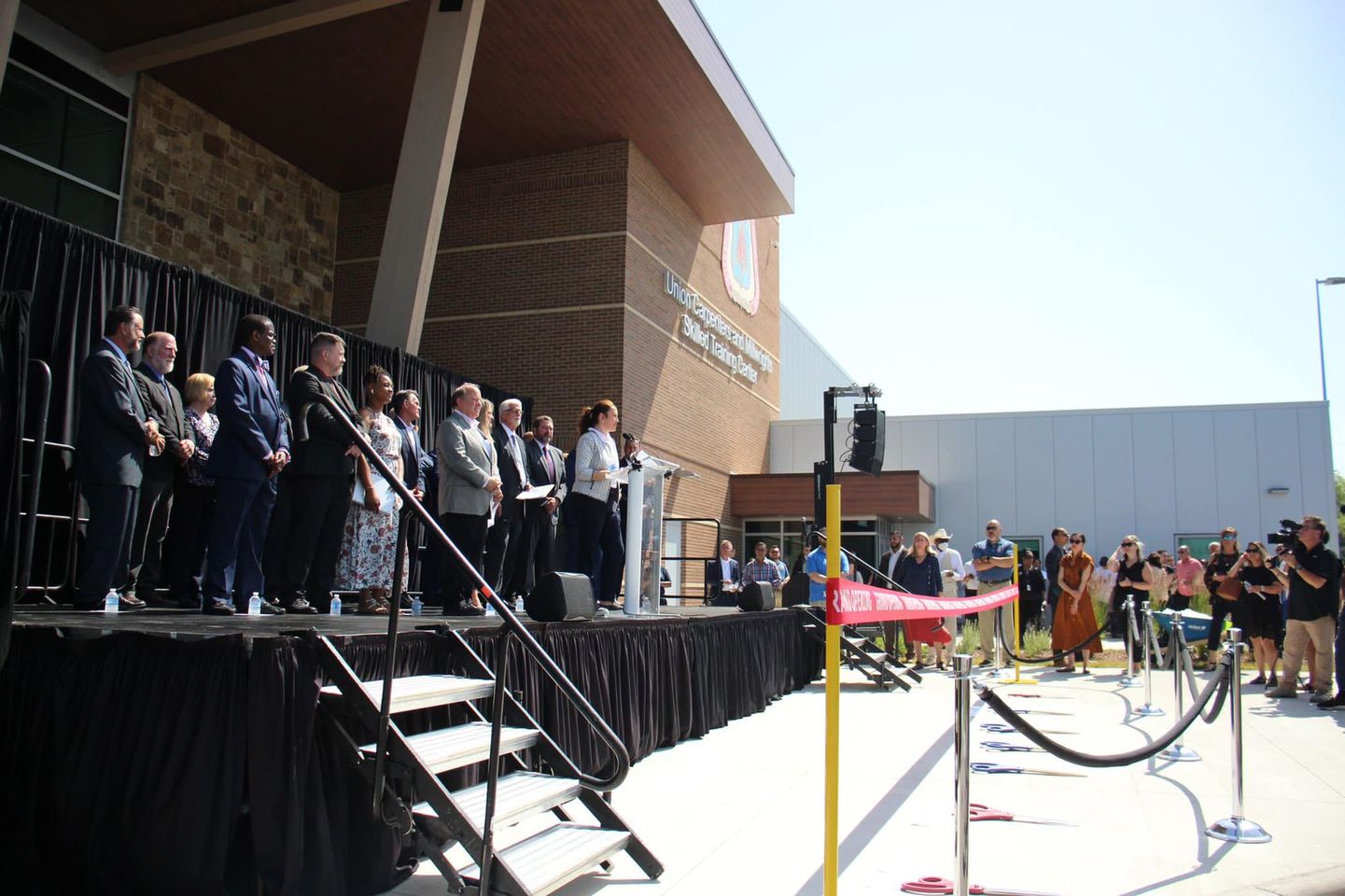 The 145,000 square-foot Training Center is home to state-of-the-art classrooms, training areas and some of the most advanced methods and tools in the industry.

The new center will train up to 1,500 students a year and play a pivotal role in reaching the governor’s Sixty by 30 goal to have 60% of working-age Michiganders earn a Skills Certificate or Post-Secondary Degree by 2030.

“As a proud, Pro-Union Governor to my core, I am thrilled to celebrate the opening of the MRCC’s state-of-the-art center in Detroit that will train up to (1,500) Michiganders and help them land good-paying, high-skill Union jobs,” the Governor said. “Michiganders rely on Carpenters, Millwrights, Floor Layers, Pile Drivers and all our Skilled Trades to build the infrastructure that powers Michigan’s economy.  Their hard work is the reason that since I took office through the end of this year, we will fix over (16,000) lane miles of road and (1,200) bridges, build or refurbish nearly (12,000) affordable housing units, and replace tens of thousands of lead service lines.  With their partnership, I have acted to center Working People in all the work that we do.  Together, we reinstated Prevailing Wage, cracked down on payroll fraud, expanded opportunities for people to land good-paying Union jobs and continued delivering on the kitchen-table issues that matter most to Working Families.  When Working Families succeed, we all succeed.  Let’s keep getting things done together that make a difference in their lives.”

MRCC Executive Secretary-Treasurer Tom Lutz said: “The opening of this state-of-the-art Training Center right here in Detroit shows the commitment of Carpenters and Millwrights to preparing the best Construction Professionals and creating good-paying Michigan jobs.  This new Training Center - built without any taxpayer dollars - represents a gateway to a promising future for countless Men and Women willing to learn and work hard in a rewarding, good-paying career.  By locating our Training Center in a Detroit neighborhood, Carpenters and Millwrights are committed to supporting our communities, opening doors of opportunities for everyone and doing our part to move Michigan forward.”

Students will study and train in an Apprenticeship Program designed and taught by the Carpenters and Millwrights Union, which currently has more than 14,000 Members across Michigan.

Enrollment in the Apprenticeship Program is free and students incur no debt for their education.

Those who join MRCC’s Apprenticeships also get good wages, health care and pension benefits while they learn.

The center will train up to 1,500 students a year.

MRCC and its contractor partners fund all aspects of the Apprenticeship Program, including the construction of the new center.

To Continue Reading This Labor News Report, Go To: www.michigan.gov/whitmer/news/press-releases/2022/06/15/whitmer-kicks-off-grand-opening-of-michigan-regional-carpenters-and-millwrights-training-center