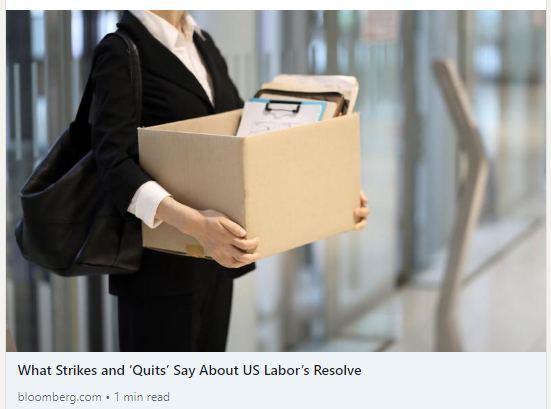 Employees at Unionized companies authorized strikes last year at a rate rarely seen in recent times and Non-Union Workers are voting with their feet, fueling a labor market reckoning that’s become known as the Great Resignation.

The question is whether this amounts to a significant shift in the employee-employer power balance or just a blip:

To Continue Reading This Labor News Story, Go To: www.bloomberg.com/news/articles/2022-06-17/what-strikes-quits-say-about-us-labor-s-resolve-quicktake?utm_source=google&utm_medium=bd&cmpId=google