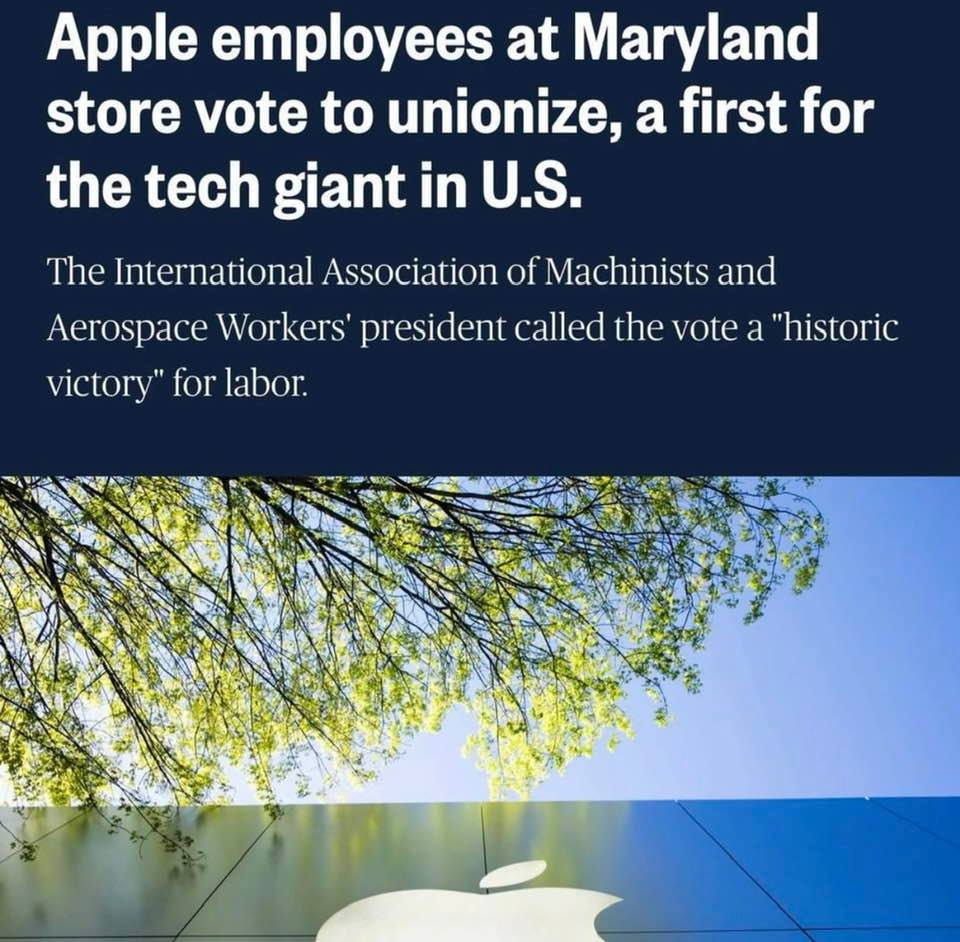 (TOWSON, MARYLAND) - Apple Workers in Maryland have voted to join a Union, becoming the first Retail Employees of the Tech Giant to unionize in the United States.

More than 100 Workers in Towson near Baltimore “have overwhelmingly voted to join” the International Association of Machinists and Aerospace Workers (IAM), the Union said on its website on Saturday (June 18th).

The local Workers, forming the Coalition of Organized Retail Employees (CORE), “have the support of a solid majority of our Co-Workers,” they wrote in a letter to Apple CEO Tim Cook.

“This is something we do not to go against or create conflict with our management,” they wrote, stressing that their driving motivation was to seek “rights we do not currently have.”

The IAM welcomed CORE’s “historic victory” and urged Cook to let the Unionizing Employees fast-track efforts to secure a contract at the Towson location.

“I applaud the courage displayed by CORE Members at the Apple Store in Towson for achieving this historic victory,” IAM International President Robert Martinez, Jr. said. “They made a huge sacrifice for thousands of Apple Employees across the Nation who had all eyes on this election.  This victory shows the growing demand for Unions at Apple Stores and different industries across our Nation.”

An Apple spokesperson, responding to the Reuters News Agency request for comment, said by email that the company had “nothing to add at this time”.

Unionization efforts are gaining momentum at some large U.S. corporations, including Amazon and Starbucks.

Apple Workers in Atlanta who were seeking to Unionize withdrew their request last month, claiming intimidation.

To Directly Access This Labor News Story, Go To: www.aljazeera.com/news/2022/6/19/apple-inc-workers-in-maryland-us-vote-to-join-a-union