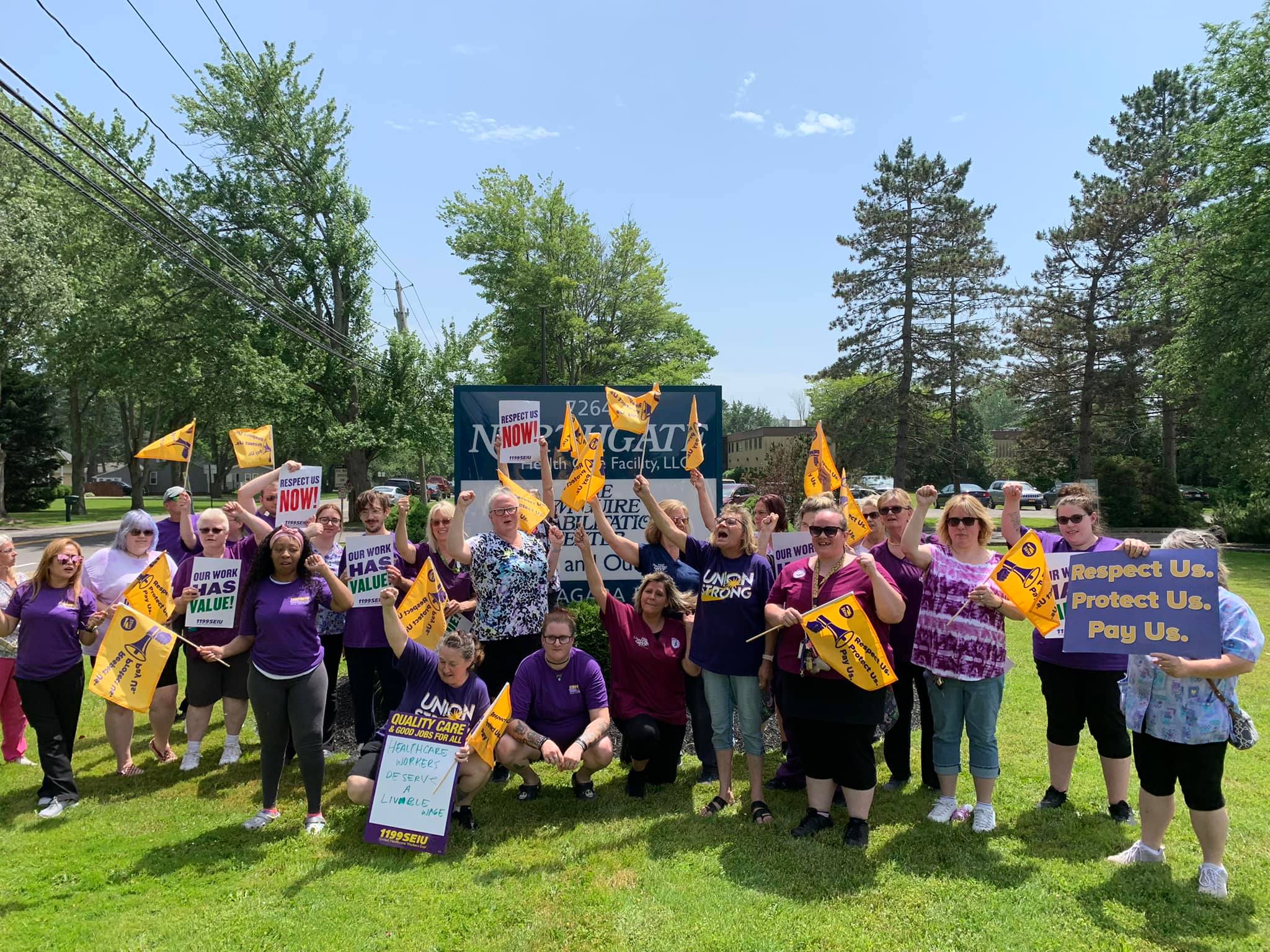 Unionized Caregivers are asking for a $15 minimum wage for Service Workers, higher start rates for new Employees and wage scales - based on experience.

A day earlier, Union-represented Caregivers and Workers at Fiddler’s Green in Springville held an informational picket outside that nursing home in Southern Erie County, bringing the total number of job actions to five just this week.

Those Buffalo area Unionized Caregivers are part of a group of more than 1,200 for-profit Nursing Home Workers who are employed at 12 homes located across Western New York whose contracts expired on April 30th (2022), who in turn have joined together in their fight for fair wages from out-of-town ownership groups based in New York City and New Jersey.

This month, 1199 SEIU announced a joint campaign of the more than 1,200 Workers, who took part in coordinated job actions across the region to fight for issues that Union Officials say will improve critically short-staffed for-profit homes that are trying to meet New York State’s requirement for 3.5 hours of care per resident, per day.

To Read This Labor News Report In Its Entirety, Go To: www.1199seiu.org/media-center/today-nursing-home-workers-4-profit-facilities-hold-informational-pickets-across-wny