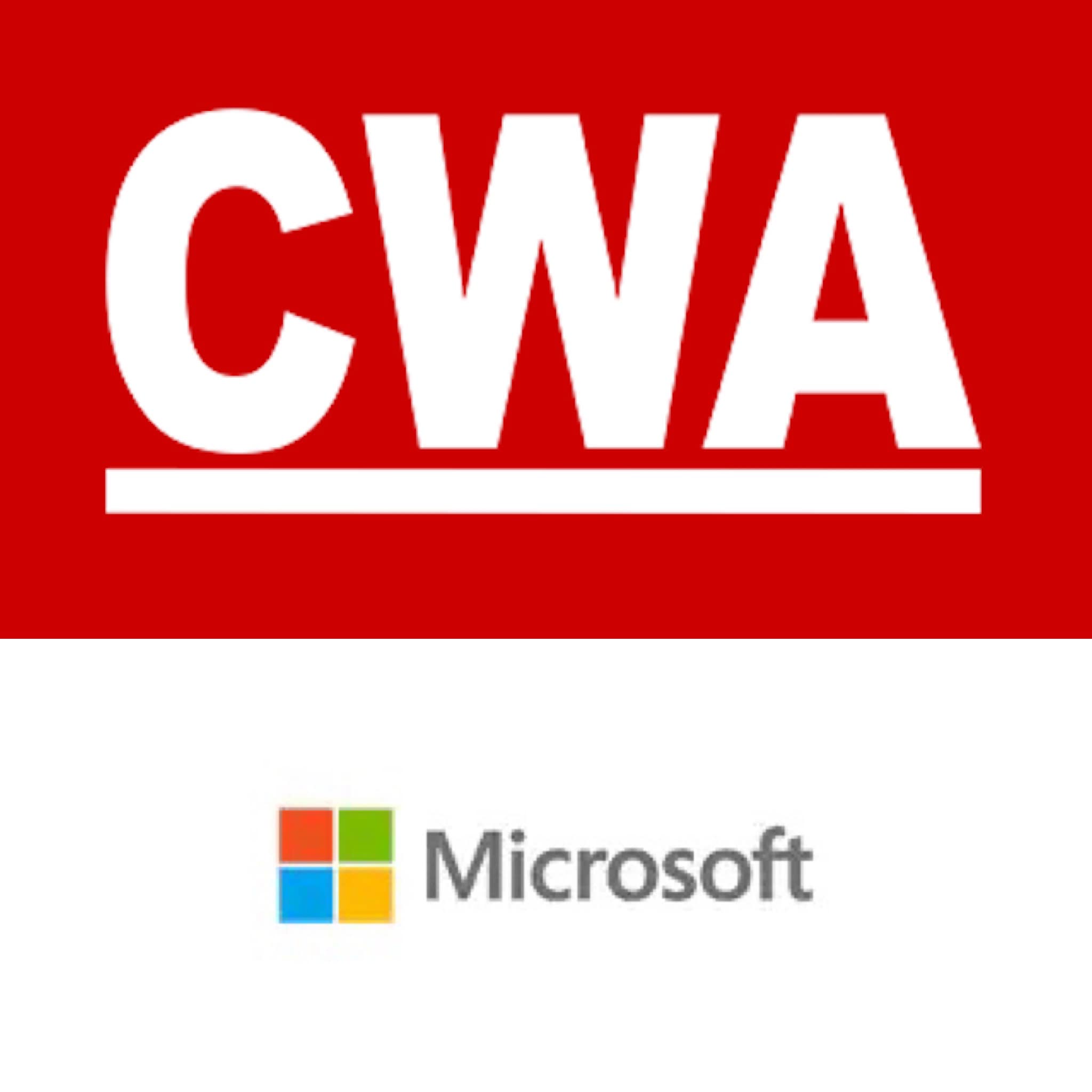 The Communications Workers of America (CWA) and Microsoft announced Monday (June 13th) they have entered into a ground-breaking Labor Neutrality Agreement.

The agreement will apply at Activision Blizzard beginning 60 days after Microsoft’s acquisition closes - it reflects a fundamental belief by both organizations that enabling Workers to freely and fairly make a choice about Union Representation will benefit Microsoft and its Employees, and create opportunities for innovation in the Gaming Sector.

CWA President Chris Shelton said: “This agreement provides a pathway for Activision Blizzard Workers to exercise their Democratic rights to organize and collectively bargain after the close of the Microsoft acquisition and establishes a high-road framework for employers in the Games Industry.  Microsoft’s binding commitments will give Employees a seat at the table and ensure that the acquisition of Activision Blizzard benefits the company's Workers and the broader Video Game Labor Market.  The agreement addresses CWA’s previous concerns regarding the acquisition, and, as a result, we support its approval and look forward to working collaboratively with Microsoft after this deal closes.”

Microsoft President and Vice Chair Brad Smith said: “Earlier this month we announced a set of principles that will guide our approach to Labor Organizations and the Activision Blizzard acquisition is our first opportunity to put these principles into practice.  We appreciate CWA’s collaboration in reaching this agreement and we see today’s partnership as an avenue to innovate and grow together.”

The foundation of the agreement is a commitment to mutual respect and open communication. 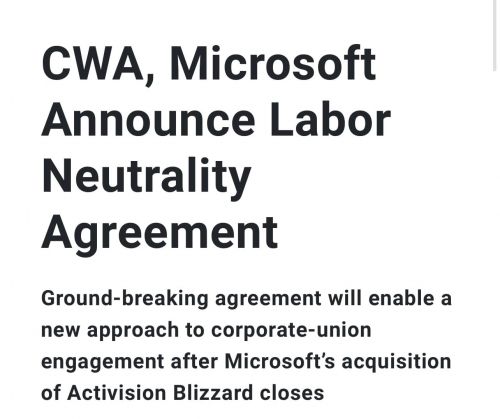 Its five basic provisions will apply to Activision Blizzard Employees after close of Microsoft’s acquisition:

First, Microsoft will take a neutral approach when Employees covered by the agreement express interest in joining a Union.

Second, covered Employees will be able to easily exercise their right to communicate with other Employees and Union Representatives about Union Membership in a way that encourages information sharing and avoids business disruptions.

Third, Employees will have access to an innovative technology-supported and streamlined process for choosing whether to join a Union.

Fourth, Employees can maintain confidentiality and privacy of that choice if they wish.

And Fifth, if a disagreement arises between the CWA and Microsoft under the agreement, the two organizations will work together promptly to reach an agreement and will turn to an expedited arbitration process if they cannot.

The agreement does not impact the Activision Workforce before the close of the transaction.

The CWA and Microsoft are also committed to exploring new and innovative efforts to collaborate, including joint opportunities for the U.S. Workforce to benefit from new technology and skill building programs that will enhance the country’s competitiveness, representatives from both sides added.

To Directly Access This Labor News Story, Go To: https://cwa-union.org/news/releases/cwa-microsoft-announce-labor-neutrality-agreement?fbclid=IwAR2whIqbjPoldw0sK2Bj12ISukRBqLY_xY8dRj4pgTwpjJZIQrorXi33LHc