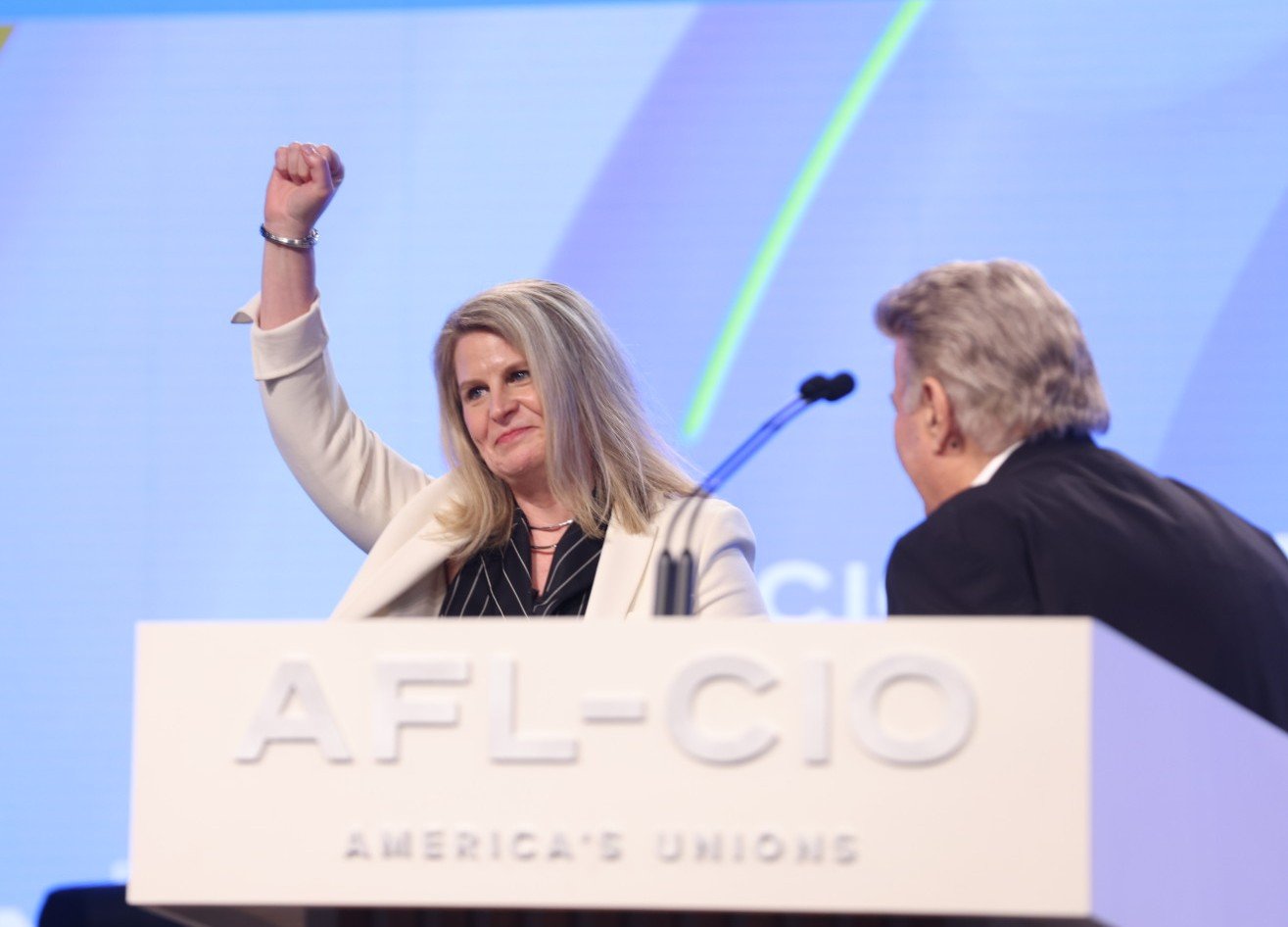 (PHILADELPHIA, PENNSYLVANIA) – National AFL-CIO President Liz Shuler, now formally elected to her first full term in office, has set a goal to “grow our movement by more than one million Working People” in a decade.

If it succeeds - and she admits it won’t be easy - that would mark a substantial increase in Organized Labor’s density, especially in the Private Sector, where it has fallen from one-third in the early 1950s to just over 6%.

Shuler announced that goal in her inaugural address after delegates to the National AFL-CIO Convention, who are meeting in Philadelphia, elected her, a Member of the International Brotherhood of Electrical Worker (IBEW), to a first full term atop the Nation’s Labor Federation. 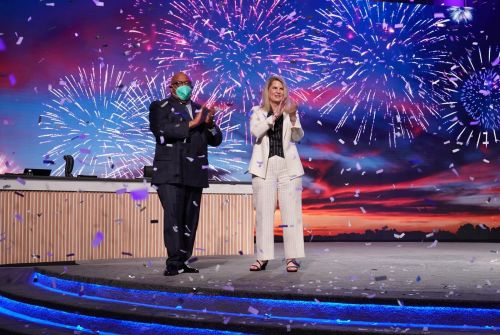 Their election, plus a batch of new faces on the National AFL-CIO Executive Council, mark a generational shift in Organized Labor’s leadership.

Shuler, the first Woman ever to head the National AFL-CIO, and Redmond - the first Black in the #2 post, started putting together their ticket and discussing plans just before Trumka’s death.

Trumka had been expected to retire at this convention.

In a roundtable with the few reporters who covered Sunday’s (June 12th) session, Shuler and Redmond explained that details of how the National Labor Federation will implement that million-person goal and how it will be worked out within the first 100 days of the convention.

“We want to make sure our organizing Unions” are on board “and are accountable” for results, Shuler said. “We have to firm up the structure and the financing.  We want to concentrate our resources on organizing.”

“The Federation’s muscle on organizing has not been as robust” as it should have been, she admitted.

Ironically, complaints about too much politics and not enough organizing led seven Unions to withdraw from the National AFL-CIO at its 2005 Chicago Convention.

They formed Change To Win, which has since shrunk to three member Unions - the Service Employees International Union (SEIU), the Teamsters, and the United Farm Workers (UFW) - and several more affiliated Unions that are AFL-CIO Members.

To Continue Reading This Labor News Report, Go To: www.peoplesworld.org/article/afl-cio-president-shulers-goal-more-than-one-million-new-unionists/