Across More Than 12 States, Thousands Of Workers âTake Their Demands National In A Coordinated, Sustained Campaign For Industrywide Reformâ - Including A $15 Minimum Start Rates For Service Workers 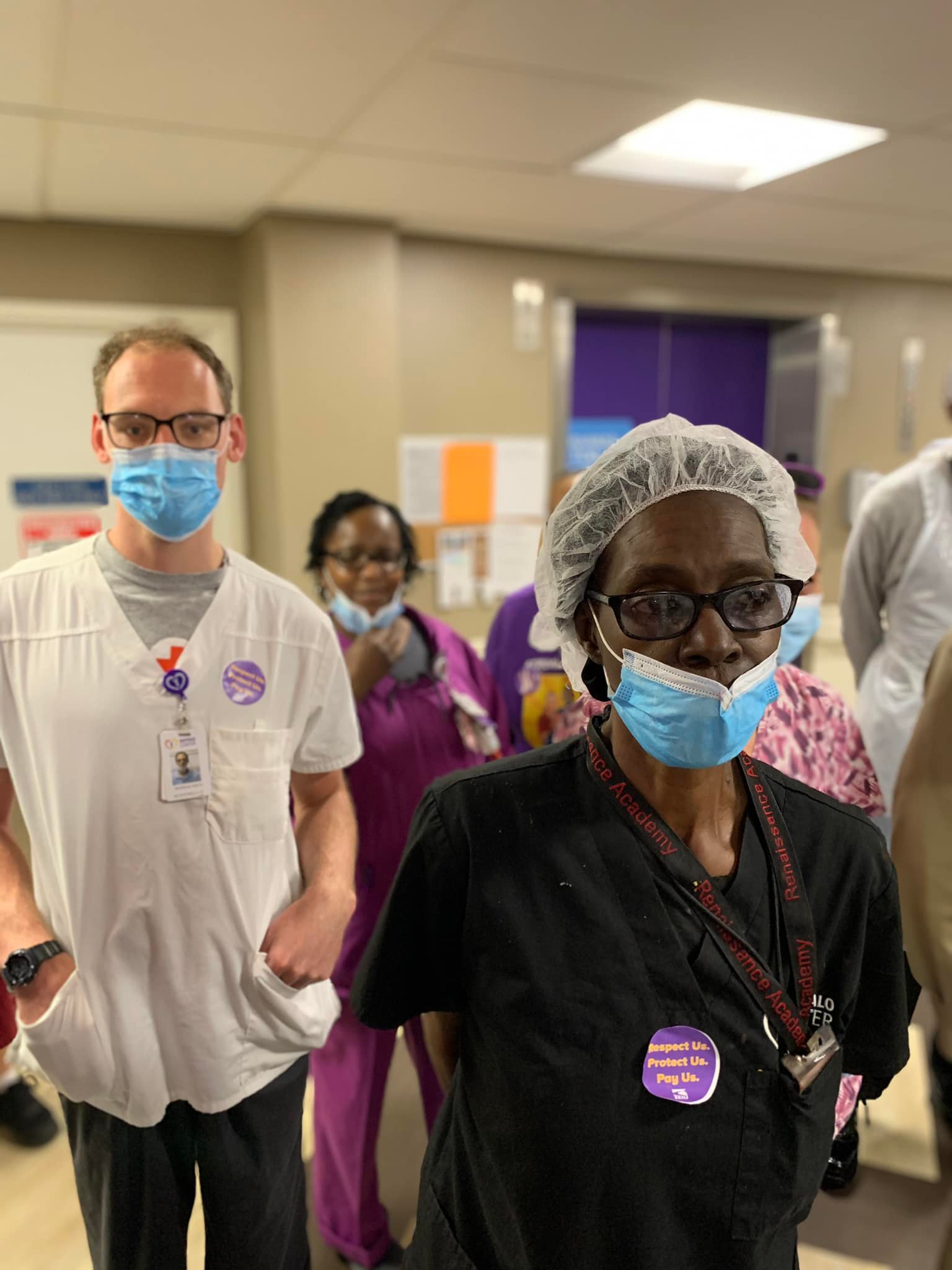 Last week, local Caregivers told stories to U.S. Congressman Brian Higgins and other elected officials at a closed-door roundtable, highlighting the importance of trying to provide care to the most vulnerable residents - while fighting for-profit downstate companies for fair wages.

Nursing Home Workers have identified common issues across geographies and are organizing around demands including Safe Staffing, Unions For All, and quality, affordable care for residents.

From New York to California to Pennsylvania to Florida and beyond, these Workers have identified solutions to the Nation’s growing crisis in nursing homes that respect and protect Workers and residents alike.

Now, local Caregivers are taking their fight to a national level in a coordinated and sustained campaign that includes Worker mobilizations, advocacy and investment aimed at reaching the Biden Administration, State Officials, and for-profit downstate nursing home employers directly.

The Biden Administration has begun proposing measures to improve nursing home jobs and to hold employers accountable, in part because Nursing Home Workers have raised their voices directly to Administration Officials to demand reform.

“The status quo in our nursing homes is not working - not for Workers, residents or for families. As the Nation looks to move past COVID-19, Nursing Home Workers and residents are facing a system on the brink of collapse,” SEIU National President Mary Kay Henry said.

“It's Black and Brown Women who are keeping nursing homes running, caring for residents even as the industry barely hangs on.  These same Women are supporting the communities that have been devastated by overlapping crises.  That’s why Workers are taking action now across the country to demand Nursing Home Workers be respected, protected and paid living wages,” Henry said.

1199 SEIU United Healthcare Workers East, the largest and fastest-growing Health Care Union in America and whose mission is to achieve quality care and good jobs for all, represents more than 400,000 Nurses and Caregivers throughout the States of New York, Massachusetts, New Jersey, Maryland and Florida, and in Washington, D.C.

To Read This Labor News Story In Its Entirety, Go To: www.1199seiu.org/media-center/profit-wny-nursing-home-workers-join-day-action-launch-national-campaign-demand-industrywide-reform