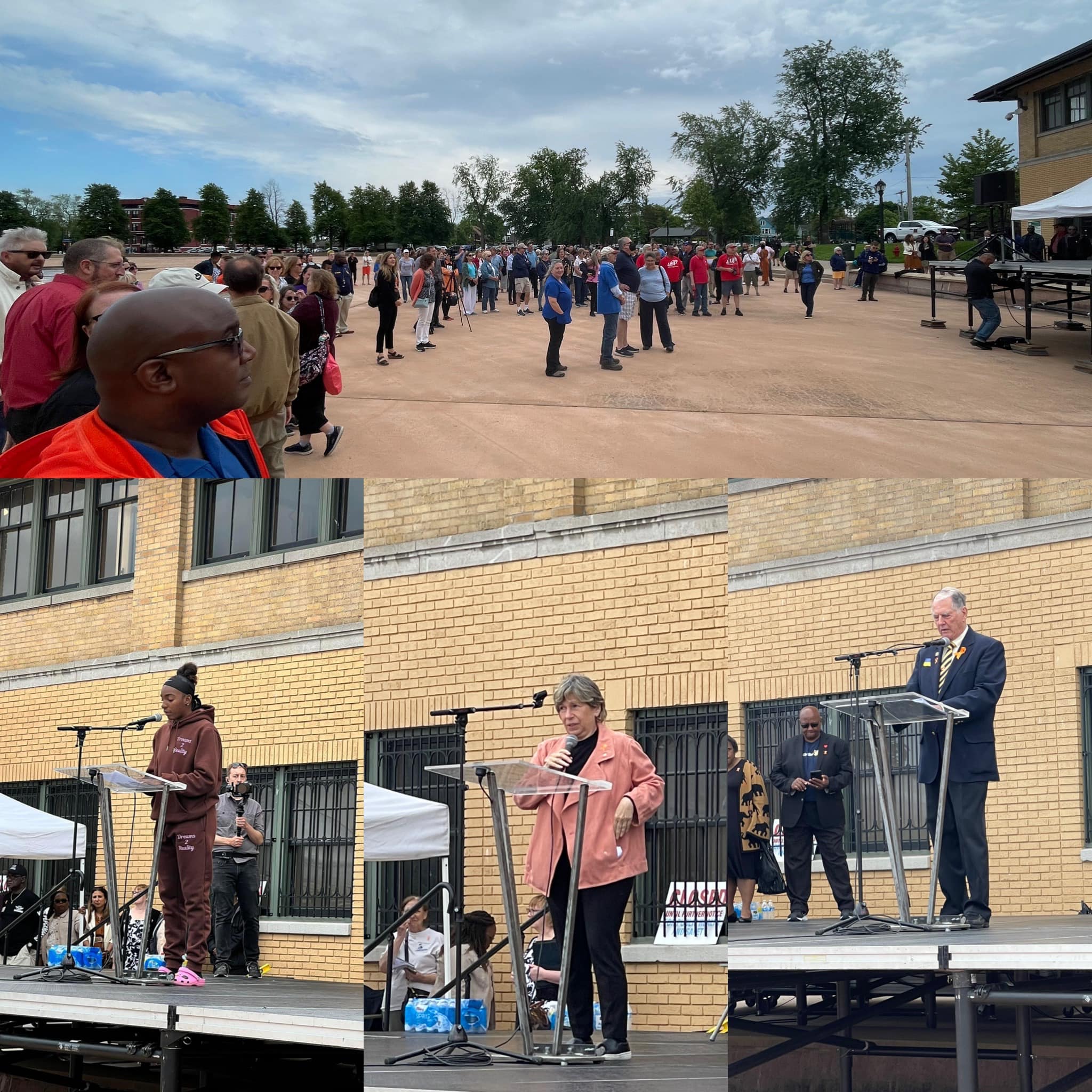 WNYLaborToday.com Editor’s Note: Pictured above, a multitude of scenes from last week’s Buffalo Teachers Federation (BTF)-organized Unity Rally that was held outside the Dr. Martin Luther King, Jr. Park Casino on Buffalo’s East Side after the recent mass shootings in Buffalo and in Valde, Texas.  A number of speakers addressed the hundreds who attended the rally, with all making a commitment that “being united is more powerful than racism and hate.”  (WNYLaborToday.com Photos & Those From Dora Leland Via The Social Network Facebook)

(BUFFALO, NEW YORK) – Those Unionized Educators who addressed a crowd of several hundred outside the Dr. Martin Luther King, Jr. Park Casino on Buffalo’s East Side late last week spoke honestly, passionately and emotionally to help send a message that “being united is more powerful than racism and hate” following mass shootings in our City and in Udalve, Texas.

But one speaker - in particular, silenced the crowd as she spoke. 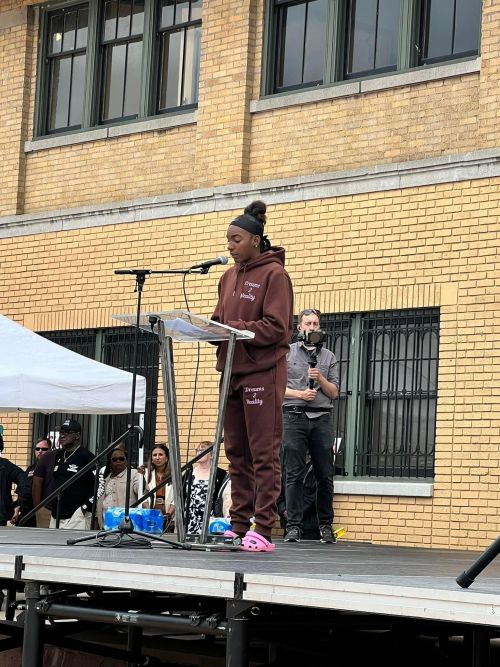 High School Junior Brooklyn Bullock (pictured above), an African-American, fought back tears as she told all that she “does not feel safe” because of the “color of her skin.”

“I ‘pay attention to my surroundings’ (now, because she is afraid of someone) ‘taking my life,’” said Brooklyn, tears welling up in her eyes - referring to the 18-year-old white supremacist murderer who carried automatic weapons of war and wore body armor while taking the lives of 10 and injuring three others on Saturday, May 14th at a Tops Supermarket on Jefferson Avenue - located in the heart of Buffalo’s Black Neighborhoods, which he specifically targeted due to its demographic.

“It ‘seems like my life doesn’t matter, but we have the power to change things,”’ Brooklyn continued, “We ‘must come together for change.’” 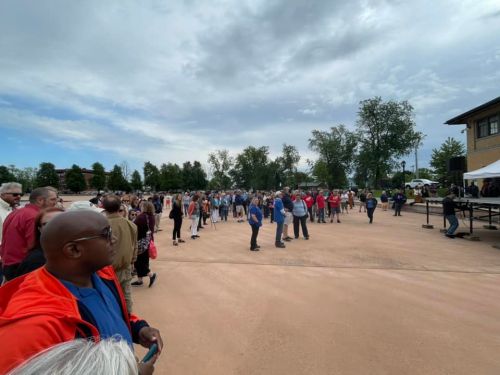 The Buffalo Teachers Federation (BTF) and the New York State United Teachers (NYSUT), whose Statewide President Andrew Pallotta was in attendance and spoke at the rally, were joined by American Federation of Teachers (AFT) President Randi Weingarten, who heads the National Teachers’ Union, which represents 1.7 million Members across the country.

Just days earlier, Weingarten (pictured below) was in Houston, Texas where the National Rifle Association (NRA) held its convention.  She was there to protest gun violence in the United States after a recent rash of mass shootings, including 19 schoolchildren and two Teachers in Udalve. 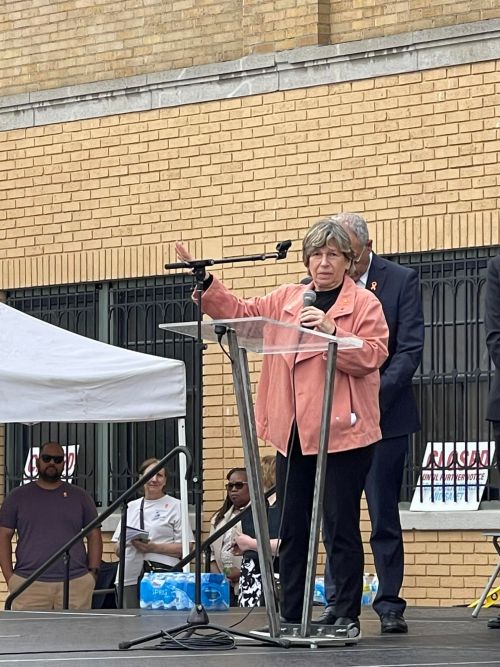 “There’s ‘no rock big enough that you can hide under at this time,’” said Weingarten, referring to racism in our country.  “People ‘must speak up for justice and diversity.’”

Pointing to her skin on her face, Weingarten said: “‘This’ skin color ‘must be a fighter for justice, as anyone else.’  ‘Of course, we’re fighting against gun violence, but (also) for justice and love over hate and racism.’  ‘We must come together and act.’  And Teachers ‘play a very special role’ (in the fight against hate and racism).  ‘We need to listen’ (to People of Color).  ‘We can be the difference in people’s lives and we must win.’”

BTF President Phil Rumore (pictured below), who presided over the rally, got emotional at one point and walked away from a microphone that was set up on top of a stage that had been assembled by International Alliance of Theatrical Stage Employees (IATSE) Local 10 Members in Buffalo. 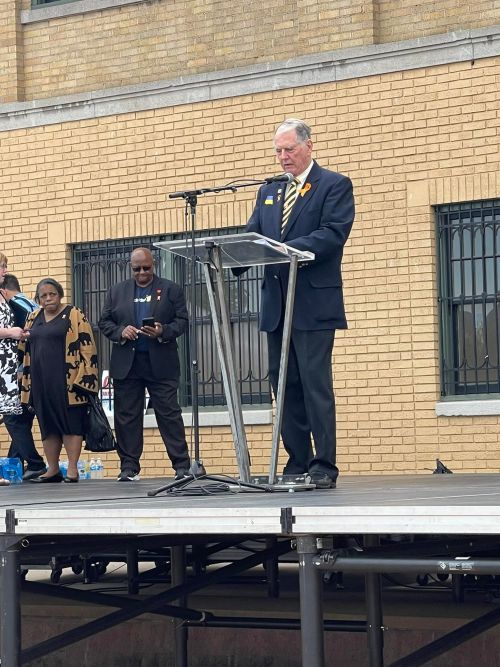 However, a composed Rumore delivered several messages himself before and after each speaker spoke, including: “I, like so many others today, ‘am wearing an orange ribbon, like I have for the past thirteen years for the kids (who died in a mass shooting) at Columbine (High School).’  ‘We must call these individuals,’ especially the media, ‘not’ shooters.  They are ‘murderers.’  ‘Call them for what they are.’  ‘That’s why we are standing here today - in unity against racism.’”

Educators also mourned the students and their colleagues who have lost their lives.

In addition to BTF and NYSUT-represented Teachers, several other Unions were in attendance, including United University Professions (UUP) and IATSE, and Western New York AFL-CIO Area Labor Federation President Peter DeJesus, who did not speak.

Another speaker - Buffalo Peacemakers Leader & Pastor James Giles, delivered a strong, raw and powerful message at the rally, saying: “I ‘am calling on (you all) to speak out against racism.’  ‘It’s always been going on, but we are failing to educate our children, who learn from adults.’  ‘The war on racism will be won by the ones who look like racists’ (white people).  ‘Raise (your children) that there is value to everyone.’  ‘Show compassion, don’t (chose) not to say anything’ (when racist statements are made by people you know).  ‘They will never be willing to listen to me (a Black man), but they will listen to you.’”

As the rally dispersed, WNYLaborToday.com spoke to one departing Labor Leader - who while appreciative of what Unionized Teachers had scheduled as a show of support for Buffalo’s Black Community and to make a public stand against racism and hate, said much more needs to be done than just repeating words of support.

Hopefully, that will be something the Labor Movement here in Western New York considers in the days and weeks to come as all come together to bring about real change so all people, no matter what color their skin, can be treated as equal and live their lives in peace - without fear, as one young high school student had told them just minutes ago. 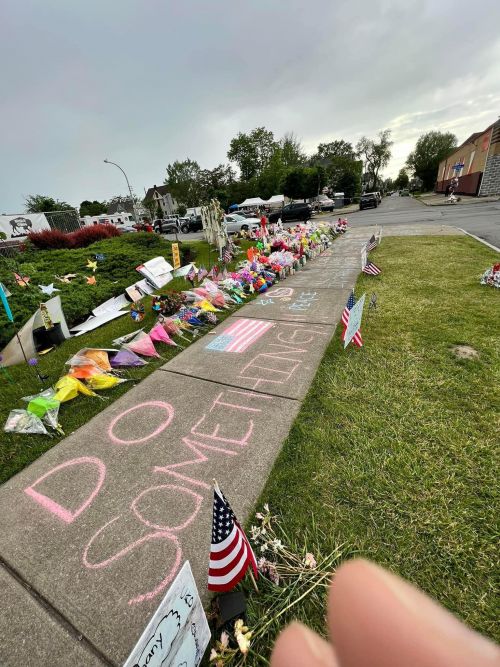