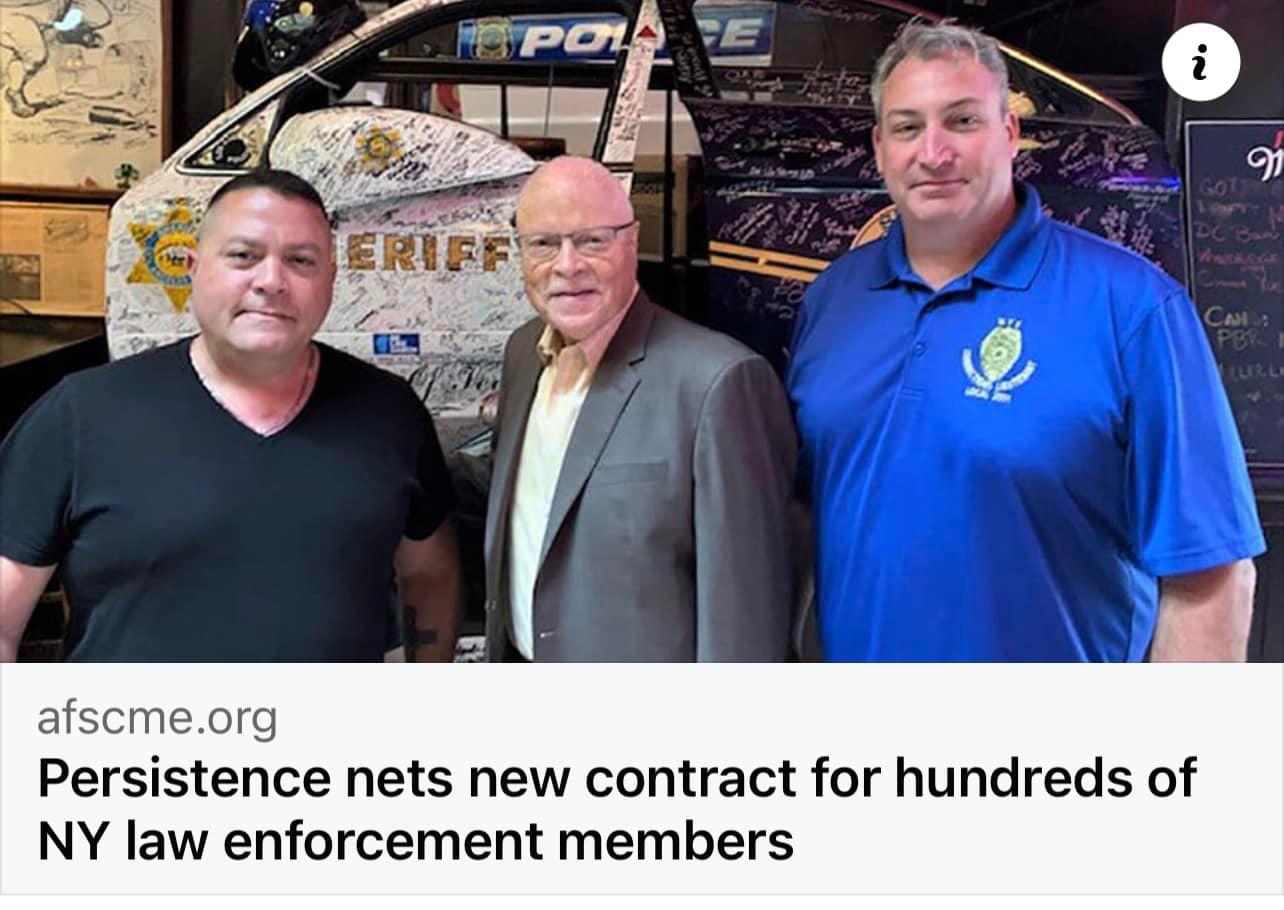 The agreement - which runs until March 31st, 2023, is subject to ratification by Union Membership.  A vote will take place later this month.

The contract, covering Corrections, Law Enforcement and Security Supervisors in the Department of Corrections and Community Supervision, Office of Mental Health, Office for People with Developmental Disabilities and other agencies, includes a 2% salary increase for each year of the seven-year agreement.

In addition, the agreement includes changes to health insurance and disciplinary matters consistent with other recently settled Collective Bargaining Agreements.

President of Council 82 Ronald Walsh said: "This is a responsible agreement that is in the best interest of our Members, the State of New York, and the taxpayers.  It brings a long overdue contract to completion and it demonstrates the Hochul Administration's commitment to working with its Labor Partners and particularly these Employees and their important work.  Council 82 appreciates and looks forward to continuing the good working relationship that we've developed with the Governor and her Staff and supporting her in her efforts to restore our State Government and making it work for the people again.  Council 82 also thanks AFSCME President Lee Saunders and the entire AFSCME New York team for their strong and unwavering support and help throughout this process.  This contract would not have been achieved without their efforts."

Governor Kathy Hochul said: "I'm pleased we've reached a contract agreement with the courageous Men and Women of Council 82.  Each day, these Public Servants work tirelessly to protect some of our most vulnerable populations and this agreement recognizes the importance and value of their service."

To Directly Access This Labor News Story, Go To: www.governor.ny.gov/news/governor-hochul-announces-7-year-labor-agreement-law-enforcement-officers-union-council-82