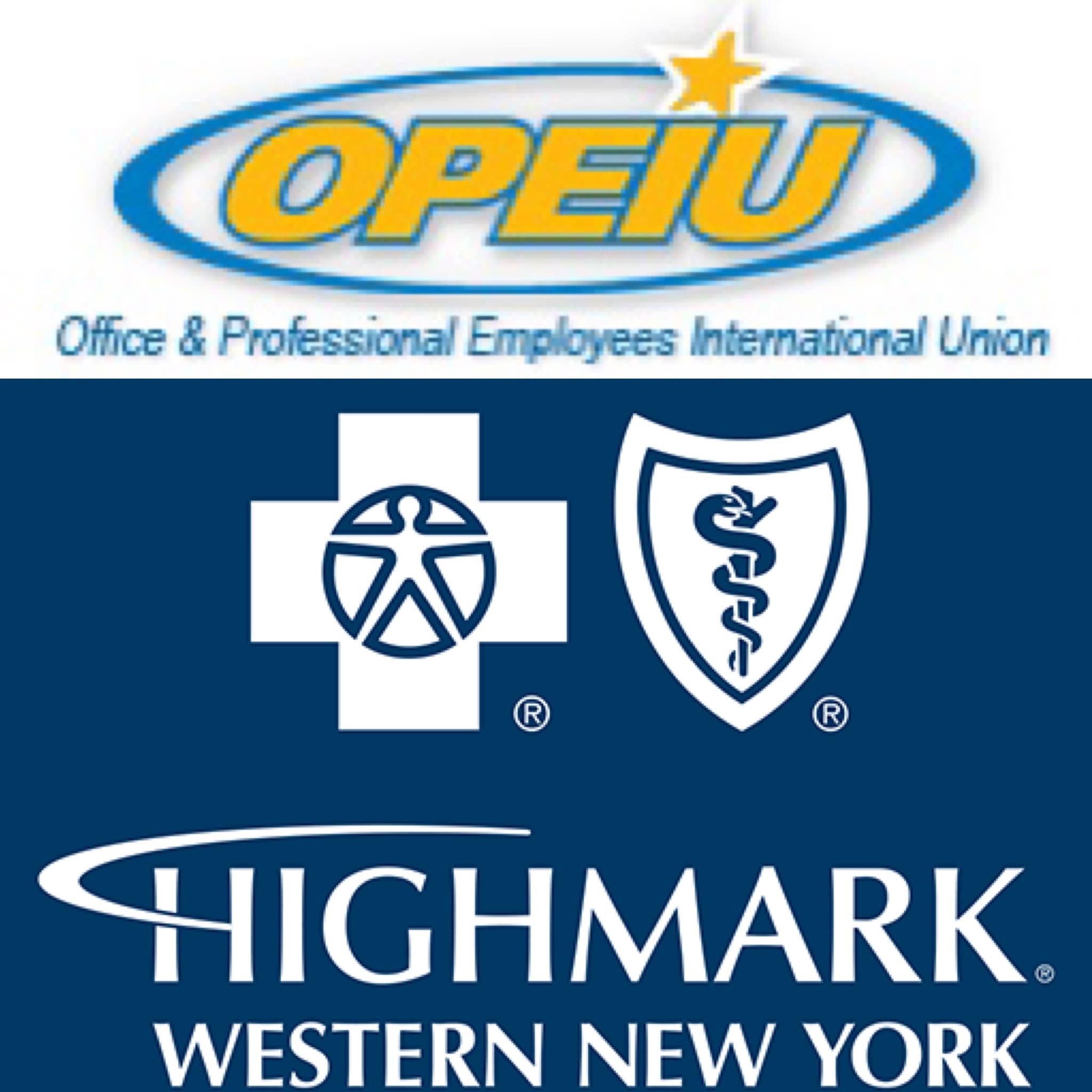 (BUFFALO, NEW YORK) - Office & Professional Employees International Union (OPEIU) Local 153-represented Members who are employed at Highmark/Blue Cross Blue Shield of Western New York (BCBSWNY) have overwhelmingly ratified a new three-year contract that features a 6% wage increase over the life of the deal and a Remote/Work-From-Home Option that was preferred by its Membership.

“Our Membership is ‘very, very pleased,’” he said.  “A ‘big component’ of the Membership ‘was looking for remote work, with inflation and the price of gas being what it is.’  And for the past couple of years (due to the Coronavirus Pandemic), the (Highmark/BCBSWNY’s Downtown Headquarters Building) was (95%) unoccupied.”

In addition to the Remote Work-From-Home Option, the agreement features a 2% wage increase in each year of the three years of the contract for a total of 6%.

Workers’ health care coverage “remained intact,” with Union Workers “agreeing to a slight increase in the final year” of the contract, he said.

The contract agreement, which Jurenovich said was brought about “by our great Bargaining Committee, which had the full support” of the Union’s 375 Members who are employed at Highmark/BCBSWNY, originally expired on April 25th (2022).

Two individual extensions were agreed to by both sides in order to finish up the negotiations, he said.

Highmark/BCBSWNY is the only Health Insurance Provider in Western New York that employs a Unionized Workforce and has a decades-long history with OPEIU.

The Union’s Membership is employed in mostly office, customer service and clerical roles.

And, nearly 50% of Highmark/BCBSWNY’s business here in Western New York belongs to groups with Unionized Workforces.

In a prepared release, Highmark/BCBSWNY Dr. Michael Edbauer said: “Our Employees represented by OPEIU Local 153 are some of our most important Brand Ambassadors.  They are on the front lines in our customer service and administrative areas, serving invaluable roles for the company.  You hear us say that we are the only local health insurance company with Union representation because that means a lot to us and our Members.  We are pleased by (the) contract ratification.”

Speaking with WNYLaborToday.com, Dr. Edbauer added: “We ‘didn’t want to rush the negotiations’ (regarding the reason why the company agreed to the contract extensions so talks could continue) and ‘ultimately a very big thing was the Remote Working Option.’  We’ve brought our folks back (into the building after New York State Coronavirus Regulations expired) ‘and we do have a lot of them back here.’  ‘We have such a great relationship with Labor and our Workforce and we want to maintain it.’  ‘It’s the core that we really count on.’”

Highmark/BCBSWNY offers a full range of insured, self-insured and government programs and services that cover businesses, families and individuals, as well as dental and vision plans and stop-loss coverage.

The company opened its Buffalo Waterfront Headquarters, which was built under a Project Labor Agreement (PLA), back in August 2007.  The construction project employed all 17 Member Unions of the then-named Buffalo Building & Construction Trades Council.

Highmark/BCBSWNY supports the Labor Community beyond providing health coverage to so many of its Members here in Western New York and remains extremely committed through a number of Labor sponsorships and events - including the annual Labor Day Parade and Picnic in South Buffalo, Labor’s Night at the Races at Ransomville Speedway in Niagara County, and several regularly-held Labor Seminar/Webinars throughout the year.