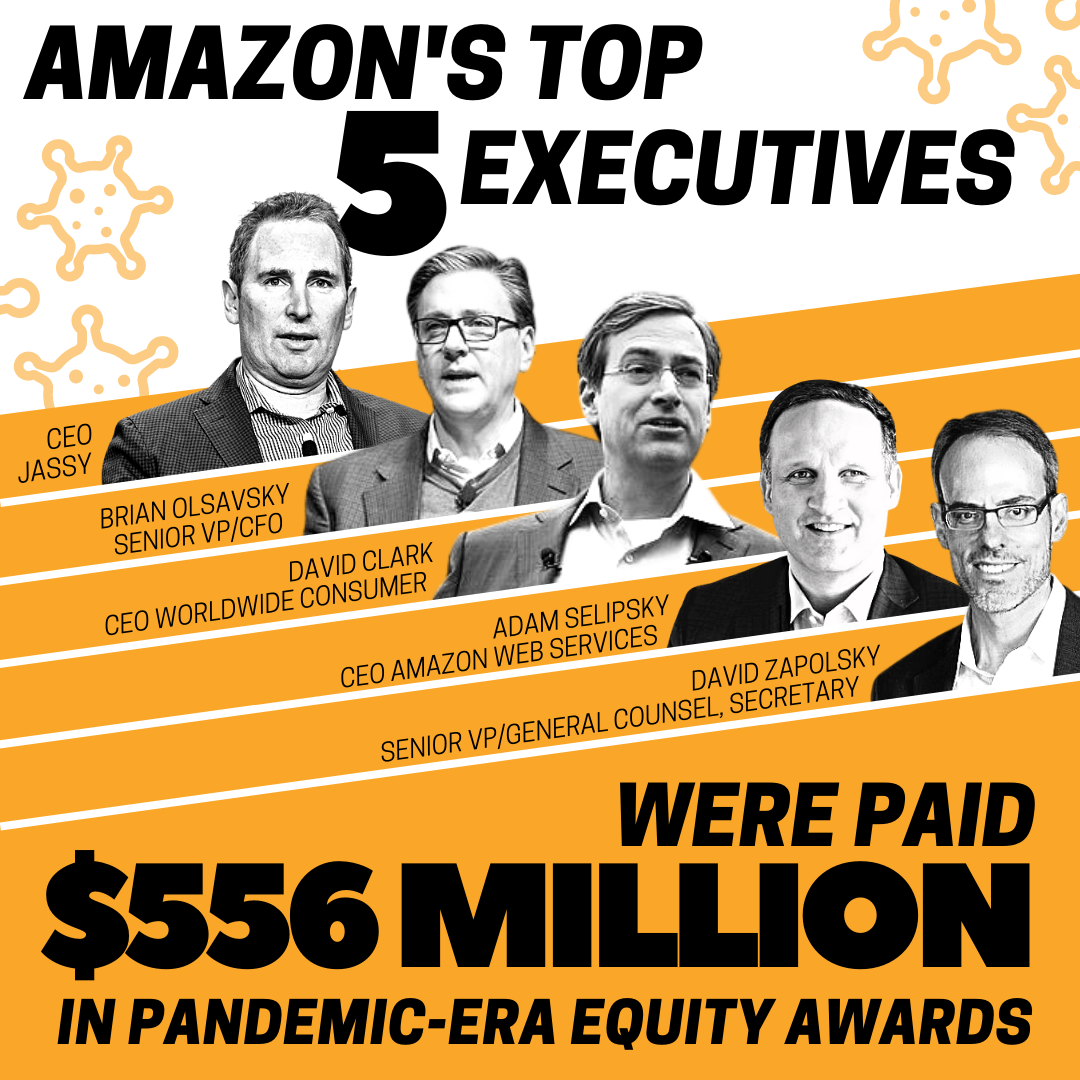 “Andy Jassy inherited a fortune by becoming Amazon’s CEO,” Teamsters General President Sean M. O’Brien said. “He’s raking in hundreds of millions of dollars with no accountability for the company’s disgusting treatment of its Workers.”

The other leading Proxy Advisory Firm, Institutional Shareholder Services (ISS), said in its report that Jassy’s pay “is excessive in the context of an internal promotion.”

The release of the report comes as the Teamsters launch a Social Media Campaign highlighting the massive pay discrepancy between Amazon’s executives and its Workers.

Amazon pays its median full-time U.S. Worker about $19 per hour and forces Workers to move at a rapid pace that results in twice as many serious Worker injuries as at other warehouses.

And Jassy is not the only executive whom Amazon is showering with huge payouts.

While Amazon ripped away paid leave for Workers with COVID-19, the company paid its top five executives $556 million in pandemic-era equity awards.

The Teamsters report calls on Amazon to compensate Workers for the revenue they bring in for the company as Amazon cannot generate $443 billion in annual sales without the labor of its Warehouse Workers and Drivers - who sort, pack and deliver packages.

The Teamsters are also calling on the company to reinstate its COVID-19 Paid Leave Policy.

Founded in 1903, the Teamsters represents 1.2 million Members throughout the United States, Canada and Puerto Rico.

To Directly Access This Labor News Story, Go To: https://teamster.org/2022/05/teamsters-blast-amazon-for-excessive-executive-compensation-mistreatment-of-workers/