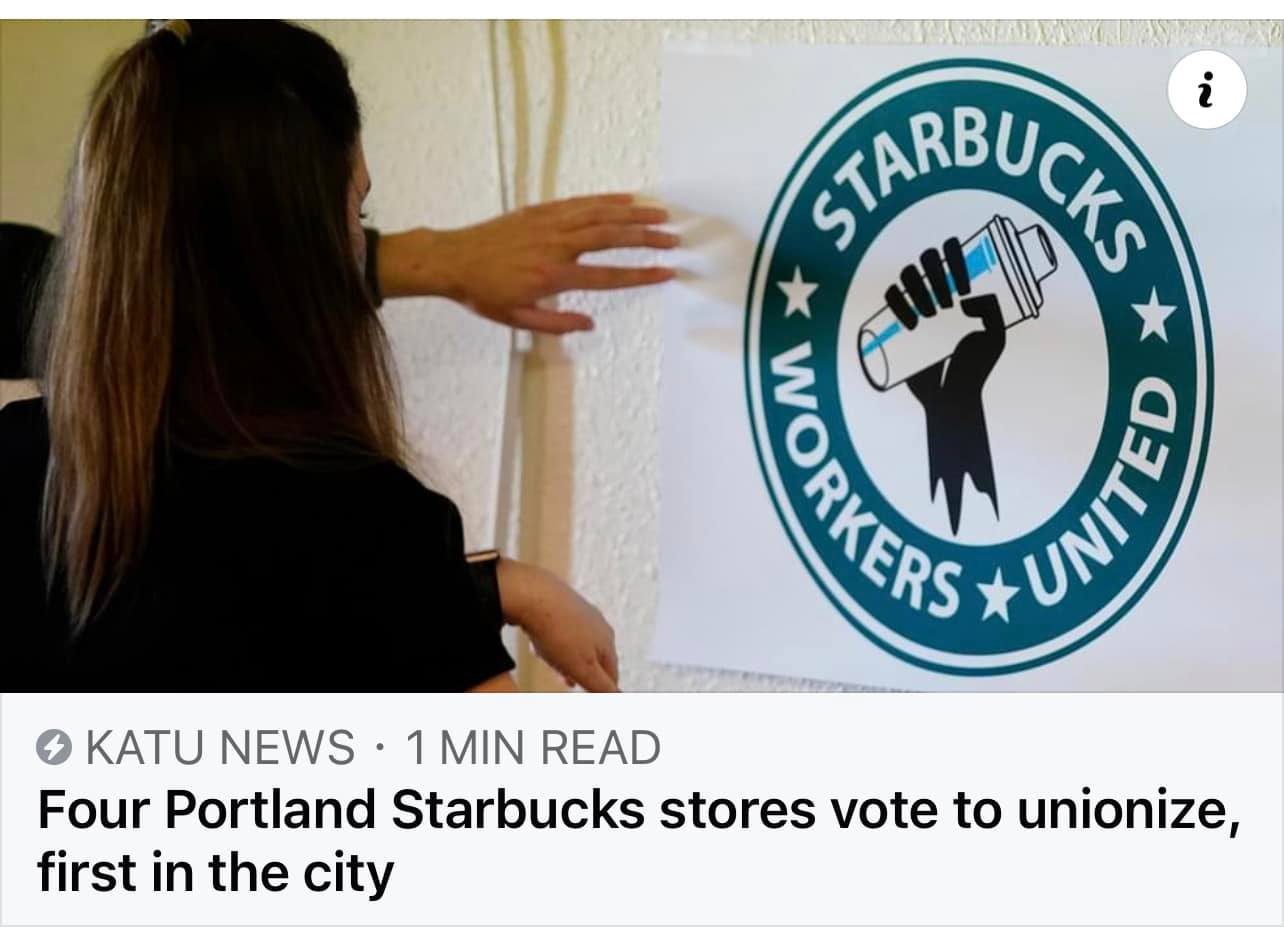 (PORTLAND, OREGON) - Employees at four Portland Starbucks stores voted this week to Unionize, marking the first stores in The Rose City to join the nationwide push to organize the Coffee Shop Chain.

According to the local Chapter of Starbucks Workers United, the Organizing Group behind the Unionization effort, the stores are located at: NE Grand Avenue and Lloyd Boulevard; SE 28th Avenue and Powell Boulevard; SW 5th Avenue and Oak Street; and SW 23rd Avenue and Burnside Street.

The four stores have joined a growing number of Starbucks Employees that have decided to Unionize.

Oregon’s first Starbucks to vote in favor of a Union was in Eugene.

Workers employed in Buffalo, New York were the first to Unionize in the country and they have been followed by other Employees of the chain throughout the country.

Starbucks has said previously that its 8,000 company-owned U.S. stores function best when it works directly with its Employees, which it calls "Partners."