Brandi Ferenc - âOne of Less Than 50â Woman Who Are Working In The Refrigeration Mechanic & Gas Fitting Trade, âHas Some Great Advice For Young Women Who May Be Considering A Career In The Trade: Go For It!â

Published Thursday, May 19, 2022
by MOXY/The Voice of Woman in Infrastructure 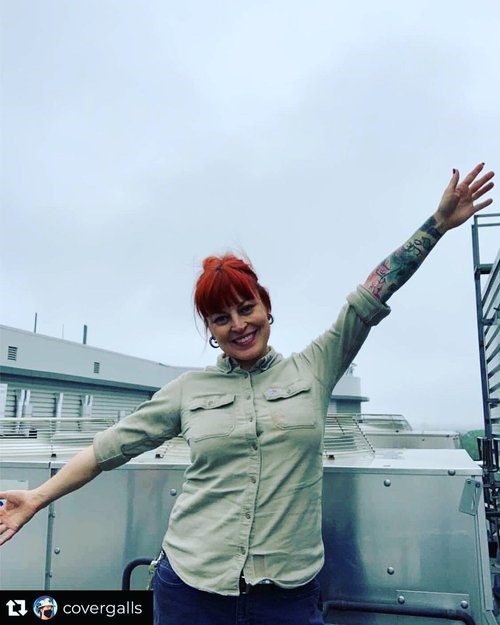 A licensed 313a Refrigeration Mechanic and Gas Fitter 1 Journeyperson, Brandi Ferenc represents one of less than 50 Women working this Trade in Canada.

She holds the impressive honor of being the first Female to compete in the Skills Ontario competition within the Post-Secondary Gas Fitter Category, placing third overall and earning herself a bronze medal in May 2007.

After earning a Business Advertising Diploma and spending a decade working in the Hospitality Industry, Brandi decided to pursue a second career within the Skilled Trades.

Brandi enrolled in Conestoga’s Women In Skilled Trades (WIST) Pre-Apprenticeship Carpentry Program and following her graduation in 2005, chased her passion for Skilled Trades that WIST had ignited.

“When I speak to young Women who may be considering a career in the Skilled Trades I encourage them to get on-line and do some research,” Brandi says.

“See if your school participates in an OYAP program to gain exposure to different Trades while still in high school.  I honestly had no idea how vast the HVAC Trade was until I was working in the industry.  No experience is wasted. I f you start on one path and discover something you like better, go for it!,” she said.

One of the biggest challenges Brandi says she’s faced is “hands down being a Female in a Male-dominated industry.”

“For some there is a ‘fear of the unknown,’” she said. “And if I'm the first Female (the guys) have encountered on a job site, I qualify as the ‘unknown.’  The landscape is slowly changing as more Women pursue ‘non-conventional’ careers paths and more companies ‘see the value of a diverse’ workforce.”

At 17 years in, Brandi emphasizes that her career in HVAC is “far from over” - but her favorite memory so far is when she installed a new furnace and A/C at her parents’ house with her father, a Master Electrician.

“He told me how proud he was and that he never imagined his Daughter would be the HVAC Mechanic in the family,” she recalled. “I try to pause and reflect on moments like these to remind myself why I keep pushing forward.”

Brandi is currently full time with Southlake Hospital as an HVACr Mechanic.

She also teaches HVAC part-time at Georgian College and works for Support Ontario Youth as a Mentor for HVAC Apprentices and Women in Skilled Trades.

To Directly Access This Apprenticeship And Training Labor News Story, Go To: www.themoxyvoice.com/moxy-voice/one-of-less-than-50