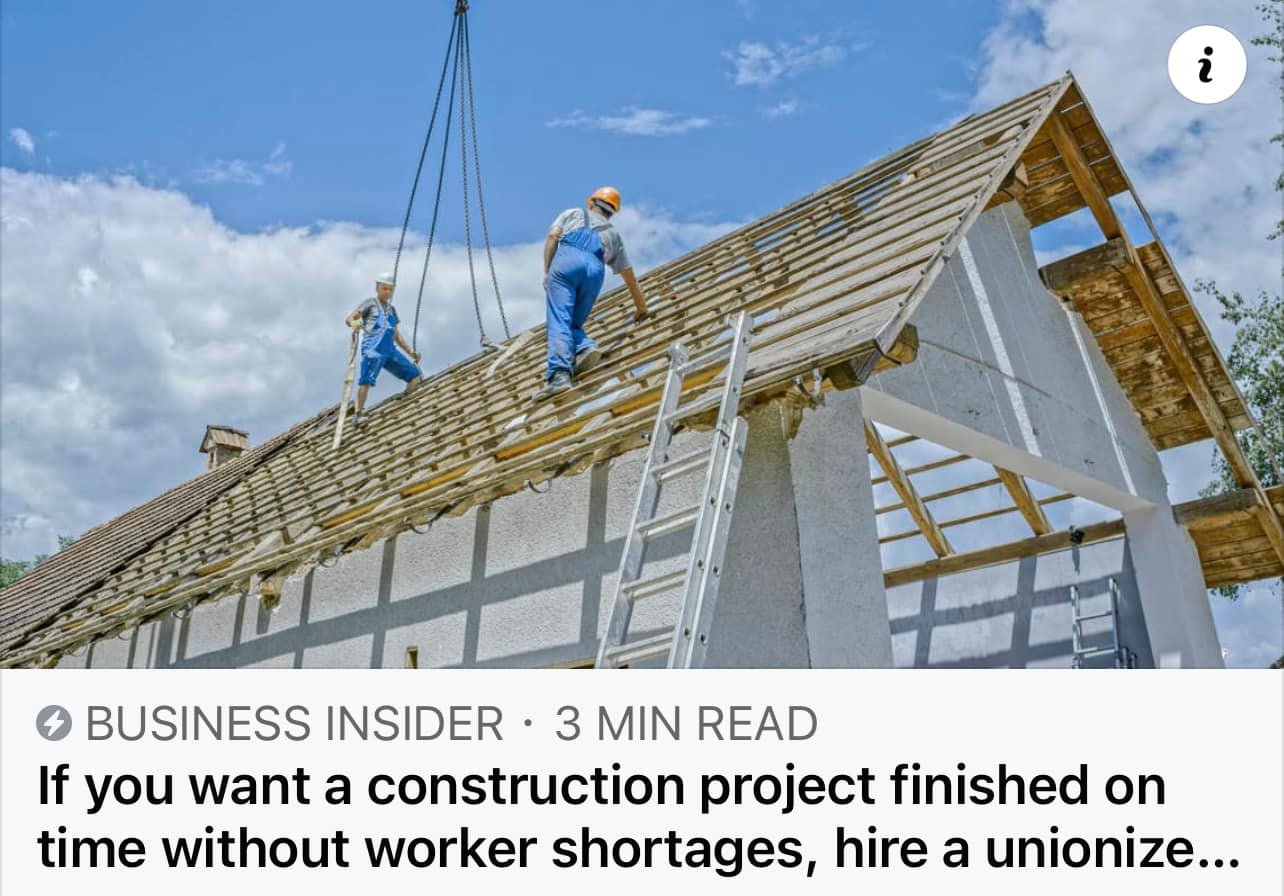 Despite rising wages, the Associated Builders and Contractors said the industry still needs nearly 650,000 Workers after 3.2% of the workforce quit in March 2022, the second-highest rate since the Bureau of Labor Statistics (BLS) began measuring it.

Amidst a hot real estate market, employers struggle to hire enough Workers to keep up.

But the authors of a new report from the Illinois Economic Policy Institute (ILEPI) and Project for Middle Class Renewal (PMCR) at the University of Illinois at Urbana Champaign argue the labor supply crunch is nothing new.

There is, however, one factor that seems to make the difference in whether contractors can keep their Workers and finish projects on time: If their Workers are Unionized.

"Union Contractors are significantly less likely to have delays in completion times due to shortages of Workers and they've actually been more likely to add Workers in this tight labor market," Frank Manzo IV, the Executive Director of ILEPI and Co-Author of the report, told Insider.

The annual survey polls about 2,000 firms on what's happening in the world of construction labor; beginning in 2018, the survey broke out specific data from Union and Non-Union Contractors.

"Union Contractors have been significantly less likely to be losing their Workers to other industries.  So the Non-Union side is losing their Workers to other industries at much higher rates than the Union side," Manzo said. "That's because the Union segment of the industry offers competitive annual earnings, health insurance coverage, retirement benefits - all of which rival Bachelor's Degrees."

For instance, according to the BLS, Unionized Construction Workers made a median of $1,322 a week in 2021.

Their Non-Union peers made just $922 weekly.

Part of the current pipeline issue - which Non-Union Contractors said was more likely to be "poor" - may stem from Unions' investments in rigorous Training Programs.

According to Petrucci, Union Contractors are more likely to be Women, Black or Military Veterans compared to Non-Union Workers - "which you can imagine is going to attract and retain more diverse Apprentices."

To Continue Reading This Labor News Report, Go To: www.businessinsider.in/policy/economy/news/if-you-want-a-construction-project-finished-on-time-without-worker-shortages-hire-a-unionized-crew-a-new-report-says/articleshow/91472334.cms