Published Monday, May 16, 2022
by Madison McVan/ModernFarmer.com 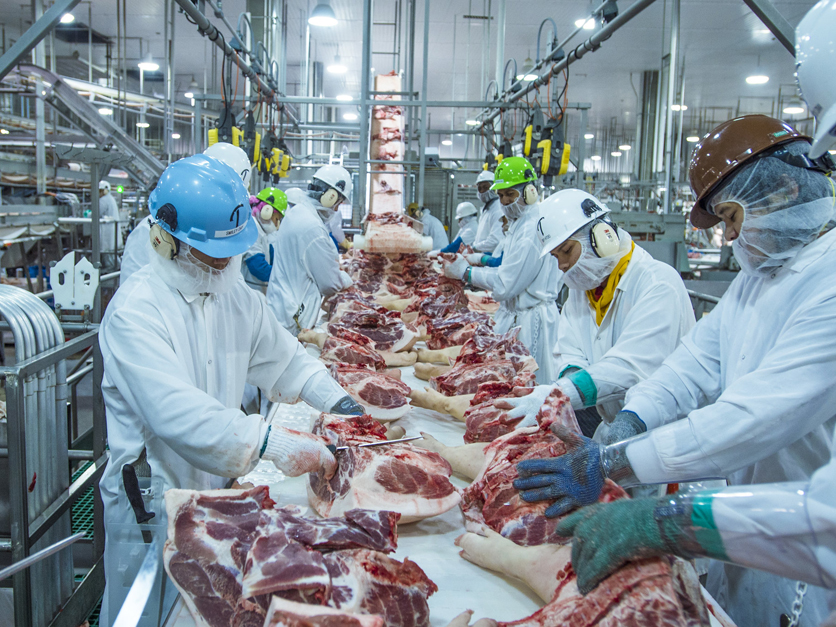 (WASHINGTON, D.C.) - Lawyers for Tyson Foods, one of America’s largest meatpacking companies, drafted an early version of a 2020 Executive Order that allowed plants to continue operating during the COVID-19 pandemic, a new Congressional report based on company e-mails shows.

It’s been reported that the meatpacking industry wrote a draft version of President Donald Trump’s Executive Order, but the new Congressional investigation shows that Tyson Foods - mostly in collaboration with Smithfield Foods - authored the specific language that the industry pushed to Federal Officials.

Similar language in Tyson’s draft would appear in the finalized Executive Order signed a week later.

It is one example laid out in detail in the report that shows Meatpacking CEOs petitioning their allies in the Federal Government to curb any safety measures that “could reduce their production and profitability.”

The report, compiled by the Staff of the House Subcommittee on the Coronavirus Crisis, reveals the country’s largest meat companies coordinated with each other - and with political appointees at the Federal Agency charged with their regulation, the U.S. Department of Agriculture (USDA) - to keep meatpacking plants operating at maximum capacity while thousands of Workers were infected in the COVID-19 Pandemic’s early months.

Meatpacking Industry Leaders understood the threat Coronavirus posed to their employees, the e-mails show, but rather than enforcing safety measures - such as social distancing and masking, the companies instead asked the Federal Government to exclude them from public health measures meant to protect employees from illness and death.

The USDA largely did as the companies asked, according to the report.

In several instances where State or Local Officials temporarily closed down meatpacking plants due to high rates of Coronavirus infections among Workers, USDA Leaders intervened on the companies’ behalf and pushed Public Health Officials to reopen plants.

USDA Officials led the charge to convince the White House to enact the Executive Order authored by Tyson.

“The shameful conduct of corporate executives pursuing profit at any cost during a crisis and Government Officials eager to do their bidding regardless of resulting harm to the public must never be repeated,” Subcommittee Chairman, U.S. Representative James Clyburn (Democrat-South Carolina), said in a press release provided to Investigate Midwest.

In media statements, the companies named in the report defended their overall safety efforts during the pandemic, but they did not address any of the specific actions outlined in the Subcommittee’s investigation.

Meatpacking Workers were more likely to be exposed to the Coronavirus than Workers in other kinds of manufacturing jobs, primarily because Employees often work shoulder-to-shoulder as they cut and package meat.

More than 400 Meatpacking Plant Workers have died from the Coronavirus, according to Investigate Midwest tracking.

There have been at least 86,000 positive cases.

Trump’s Agricultural Secretary, Sonny Perdue, who personally lobbied other Government Officials to keep plants open, is now the Chancellor of the University System of Georgia.

In a statement, the system said: “Chancellor Perdue is focused on his new position serving the students of Georgia.”

To Continue Reading This Labor News Report, Go To: https://modernfarmer.com/2022/05/meatpackers-trump-2020-executive-order/

This Article Is Republished From The Midwest Center For Investigative Reporting.  Click Here To Read The Original Article.