Published Thursday, May 12, 2022
by Derek Hall/NJ Advance Media for NJ.com 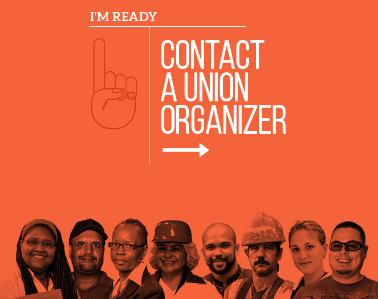 The Garden State has seen a resurgence of Labor Organizing in the Service Industry over the past two years, according to a new report from Rutgers University.

Researchers at Rutgers’ Labor Education Action Research Network (LEARN) analyzed Federal data for 2019 through 2021 and found Unionization in New Jersey is outperforming 44 other states across the Nation.

Public Sector Unions wield significant political power in the Garden State, but boosting Union Membership in the Private Sector has been a challenge in the U.S. for decades, according to the report, The State of Labor in New Jersey.

Recent organizing victories by Starbucks Workers in Hopewell, Hamilton and Summit, however, “offer glimmers of hope for the Labor Movement,” the University said.

The Garden State has always had a high Unionization rate among Teachers, Police Officers, Firefighters and Construction Workers, said LEARN Director Todd Vachon, an Assistant Professor in the Rutgers School of Management and Labor Relations.

“That hasn’t changed,” Vachon said in a statement. “But after the pandemic and two years of Worker unrest, we’re seeing a resurgence in Labor Organizing in the Service Industry, with younger Workers at the forefront.”

Researchers found that the overall Unionization rate in New Jersey increased nearly 1% to a three-year average of 16.09%, more than five points higher than the national average.

South Carolina was last in the rankings.

Unionization in the Private Sector Remained Low at 8.3%, but that was higher than the national average, and Blue Collar jobs were the most highly Unionized in the sector.

The overall Unionization rate among Black Workers was 20.84%, nearly double the national average and higher than all other demographic groups.

Researchers also found Union Members earned 21% more than Non-Union Workers during the Coronavirus Pandemic, based on their analysis of earnings data.

“Unions still deliver the goods in terms of higher wages and better working conditions,” Vachon said. “The research shows that Women, People of Color and younger workers see the biggest rise in wages with a Union contract.  The on-going labor shortage gives them even more leverage to make demands.”