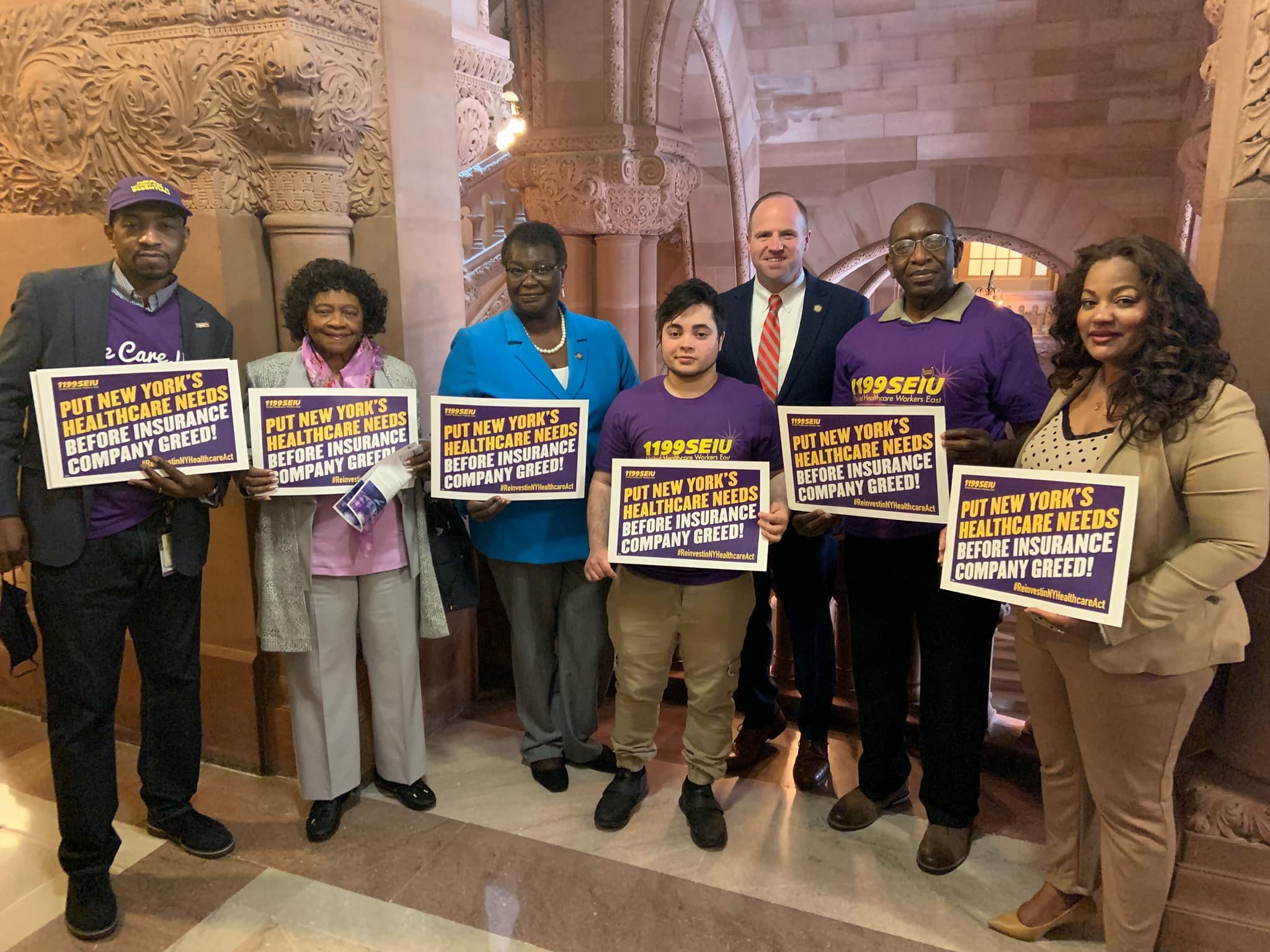 Speaking from the Million Dollar Staircase in the Capitol Building in Albany, the Lawmakers said that the past two and a half years have been devastating to the health and financial well-being of far too many New Yorkers.

The Reinvest in NY Healthcare Act (S8470-A9519) would keep health care dollars in New York by putting a 9.63% tax on profit taken out of State by health insurance companies and these funds would be deposited into a fund for distressed providers and reinvested into front-line care.

“By passing this important policy, we’d be guaranteeing that critical health care dollars stay in New York as we rebuild from the COVID-19 Pandemic and that if out-of-state health insurers choose to take those profits elsewhere, they’re going to pay a price," Senator Kennedy said. "Our health care institutions remained stretched thin and these funds collected would be reinvested directly into front-line care.  I stand with 1199 SEIU and Assembly Member Dilan in urging the Legislature to advance this common-sense reform."

Hospitals and other Health Care Systems across New York have made massive investments and gut-wrenching sacrifices to fight COVID-19, while the biggest insurers are taking the COVID crisis to the bank.

“Some (15.2%) of the Sullivan County population, where I live and work, is living below the poverty line.  That’s higher than the national average of (12.3%,)” said Sam Suarez of the Garnet Health Medical Center at the Catskills Campus in Harris, near Monticello.

“On the other hand, just last year, New York’s Top 10 Insurance Corporations made more than ($40 billion) in profits.  That’s astounding to me.  While we struggled through COVID, they made record profits.  Those profits should be taxed in New York and used to strengthen health care in the communities that need it most,” Suarez added.