Target Workers âAre Joining The Union Waveâ - Employees At A Store In Virginia Have Filed For A Union Election, âWith More Locations Potentially To Comeâ 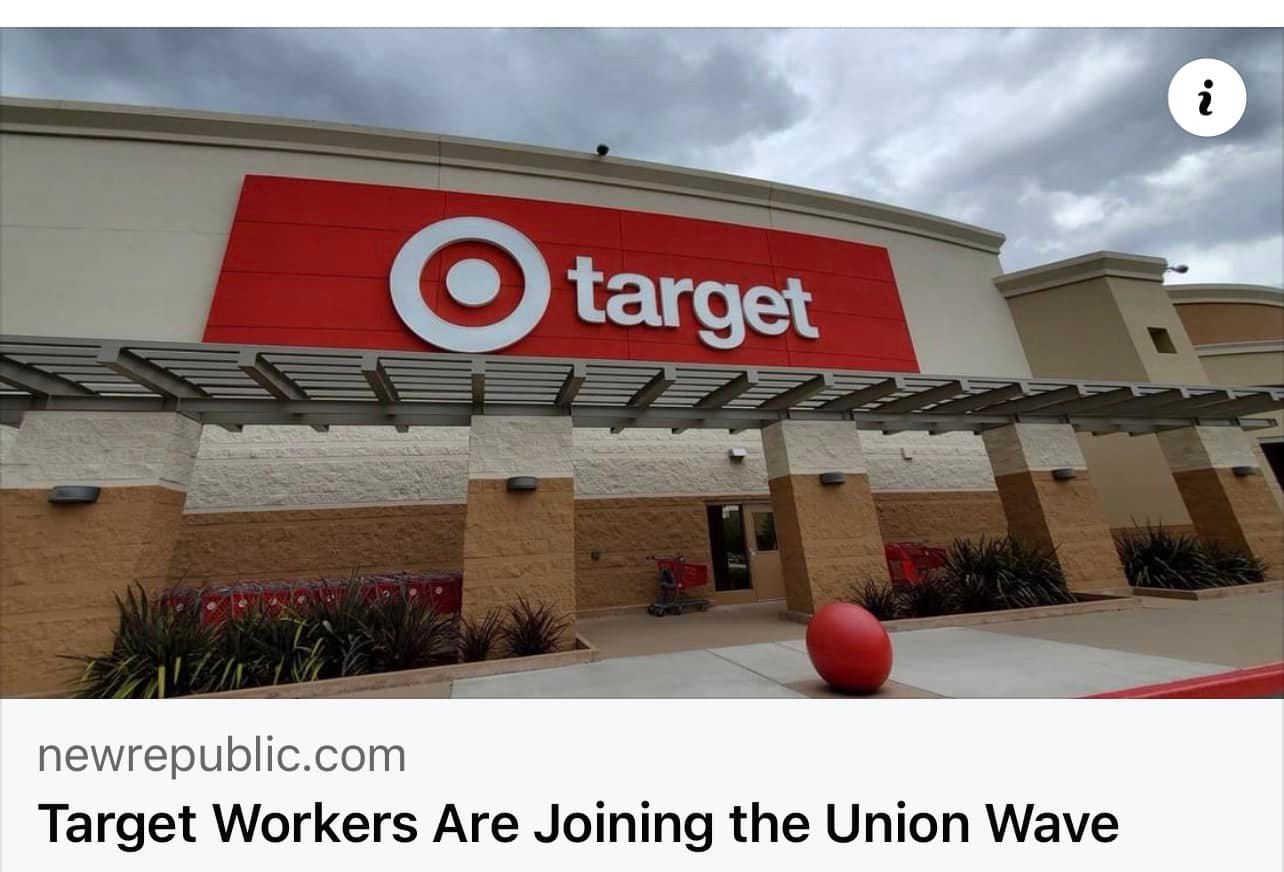 (CHRISTIANSBURG, VIRGINIA) - A new retail store has joined the recent frenzy of Union activity: Workers at a Target in Christiansburg, Virginia have filed for a Union Election with the National Labor Relations Board (NLRB).

The workers behind the drive at that location hope to be the first of many for the retail chain.

Other stores are working in concert with these Organizers on following suit, although none are ready yet to call their own elections.

Adam Ryan, one of the Lead Organizers at Target Workers Unite - the umbrella organization for Target employees seeking to Unionize - and the Christiansburg store, estimates that Workers at about a half-dozen Target stores currently have active, but early stage campaigns.

Their Unionization push comes amid a wave of Unionizing at other retail companies.

Last month, the independent Amazon Labor Union won its Union Election at a warehouse in Staten Island, New York (although a subsequent vote at another nearby warehouse failed).

Workers at an REI in Manhattan voted to Unionize in March.

Union elections have been called at Apple stores in Atlanta and Baltimore.

And about 60 Starbucks stores have voted to Unionize since December, with dozens more elections filed.

Many of these campaigns have important things in common.

These are the kind of low-wage, Service-Sector Workers who seemed so impossible to Unionize for so long.

Amazon and Starbucks Workers aren’t bringing in organizers from big, established Unions, but instead Workers are leading the way themselves.

And they’re going store by store, location by location.

It was long thought that such a campaign couldn’t work.

“What people didn’t recognize is the contagion factor,” said Kate Bronfenbrenner, the Director of Labor Education Research at Cornell University’s School of Industrial and Labor Relations.

Target Workers Unite is hoping to instigate exactly that kind of national spread.

The campaign to Unionize Target in Christiansburg goes back to at least 2017, when Ryan heard about an abusive boss who was sexually harassing Employees at his current store.

He had recently moved back to the town, where he grew up, when he was unable to afford living in Richmond while trying to get a start as an Organizer and “just got stuck,” he said.

So while there, he decided to get a job at the store with the intention of organizing the 100 or so Employees and he helped organize a week-long Strike just months later.

The action resulted in Target opening an investigation into the abusive boss and removing him from the store.

Ryan hoped it would “demonstrate to people you can do this and you’re not going to get fired,” he said.

The idea spread: Workers at a store in Baltimore later contacted him and asked for help organizing a similar Strike against their own abusive boss.

To Continue Reading This Labor News Report, Go To: https://newrepublic.com/article/166412/target-union-virginia-nlrb-amazon-starbucks