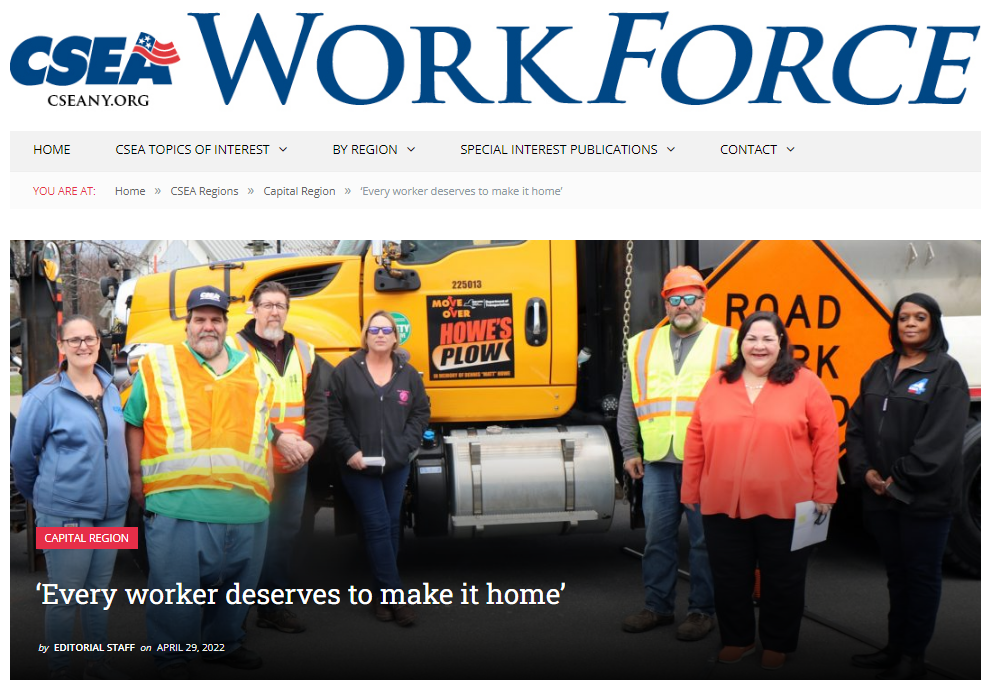 More than 50 of those crashes resulted in injuries to Highway Workers or drivers.

Historically, 56 Highway Workers have died in such work zone crashes, with the most recent one occurring in March 2019 in Tioga County, claiming the life of CSEA Member and State DOT employee Dennis “Matt” Howe.

At their respective events, Garfolo, Murzda and Ossont delivered a statement from CSEA: “CSEA is proud to partner with New York State DOT to advance our shared mission of work zone safety.  Too many Workers are injured or killed in highway accidents each year in New York.  Through this partnership, we have been successful in educating the public, raising awareness and enacting needed safety legislation to protect Highway Workers.  Every worker deserves to make it home at the end of the day.”

To Directly Access This Labor News Story, Go To: https://cseany.org/workforce/?p=11049