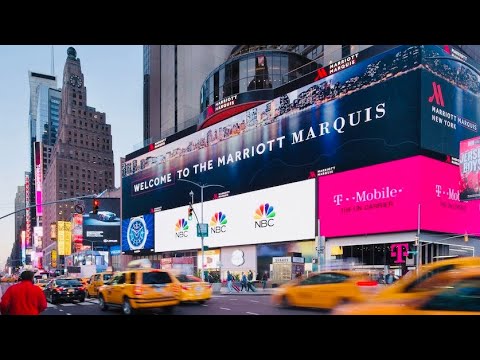 Management at the Marriott Marquis Hotel in Times Square promised Non-Unionized Employees the same or better benefits as Unionized Hotel Workers, but when more than 800 Workers were fired in March 2021, Non-Unionized former Employees received less severance pay than those who were Members of a Union.

As part of the agreement, Marriott will pay $2.95 million to more than 500 individual Workers who would have received greater amounts of severance had they been Unionized.

“Marriott fired hundreds of Employees last year due to the pandemic and to add insult to injury, deprived them of the financial security they needed during that critical time,” Attorney General James said. “No individual should ever feel the hopelessness that these Workers felt when Marriott failed to deliver the severance pay they were promised.  I will always protect the fair, equal treatment of New York’s Workers and ensure they get the benefits they are entitled to.”

The Marriott Marquis announced plans to furlough 1,000 Employees in March 2020 due to COVID-19's impact on New York City and the New York Hotel Business.

The hotel fired more than 800 Workers in March 2021, and in April 2021, the Office of the Attorney General (OAG) launched an investigation into the firings.

Through interviews conducted with Marriott’s former employees, OAG found that Managers and Supervisors at the Marriott Marquis promised their Hourly Employees equal or better benefits than Unionized Employees at other New York City hotels.

However, when Marriott fired the Workers, Marriott offered severance that was capped at 10 weeks of pay, while the severance available to Unionized Workers is not capped.

By not fulfilling Marriott’s promise of same or better benefits as Unionized Workers, Marriott violated Section 63(12) of the Executive Law, which gives OAG the authority to investigate allegations of civil fraud.

“We would like to thank New York Attorney General Letitia James, her Office's Labor Bureau, and our Attorney, Richard Corenthal, for all the hard work that they put in, and for reaching the agreement providing for additional severance to hundreds of Workers laid off from the Marriott Marquis in Times Square during the pandemic,” said Piotr Szewczyk, a former Worker at Marriot Marquis. “By requiring Marriott to pay more fair severance that the company initially promised to its long time, dedicated laid-off Workers, Attorney General James has let the greedy corporations know that they must keep their promises and treat their hard-working Employees fairly.”

“This agreement is a massive win for Workers across New York and sends a strong message to corporations who do business in our state: You will be held accountable,” State Senator Brad Hoylman said. “Attorney General Letitia James is a champion of the law and our working populations, and this victory is entirely hers and the Workers who advocated for themselves throughout this process.”

Last week, Attorney General James recovered $175,000 for employees of Gotham Pizza who were cheated out of their pay.

And earlier in April, Attorney General James secured nearly $900,000 for more than 200 NYCHA Construction Workers who were underpaid by Lintech Electric.

To Continue Reading This Labor News Story, Go To: https://ag.ny.gov/press-release/2022/attorney-general-james-recovers-more-29-million-hundreds-new-york-city-marriott